Editor’s Notes: Goon saw Canadian songwriter Tobias Jesso Jr. step out from the shadows and into the spotlight in March of 2015 with one of the best-reviewed debut albums of the year. Today, we revisit Nina Corcoran’s classic review, which originally ran on March 6th, 2015.

If you’ve ever wandered by a practice room and overheard a child playing music for the first time, you know what it’s like to observe a physical and mental transformation. Someone stretches their fingers awkwardly, fanning them across the wide frets of a bass neck or straining their left pinkie to press that black E-flat key. There’s genuine apprehension, but their motivation pushes them through. If you’re lucky, catching someone in the act of learning exposes just how people can propel themselves past the threat of failure, the barricades that thwart us from doing almost anything new.

Singer-songwriter Tobias Jesso Jr. is fresh out of the practice room, but his talent is much stronger than his CV implies. Goon, his debut album, is the success story of a 29-year-old man beaten down by life only to be cheered on by various collaborators. After failing to make it as a ghostwriter for pop acts in Los Angeles, being struck by a Cadillac while biking, and discovering his mother had cancer, Jesso left his instruments in storage and returned to his childhood home in Vancouver. It was there that he sat down at his sister’s old piano, an instrument he had never traced his fingers over. Naturally, he was slow at first: stumbling and shuffling and painfully long pauses between chord changes. He was his own student, trying to take in all 88 keys and the way his fingers danced across them in their own dizzying ballet. Jesso isn’t a piano prodigy. His skills on the instrument are rudimentary at best. His openness toward songwriting, however, is like that of a free-thinking child, a seemingly easy attitude that’s harder to access with age. Jesso writes with fragility at the forefront. The fact that he doesn’t realize how pure his songwriting is makes it that much better.

Goon begins with “Can’t Stop Thinking About You”, whose chord progressions recall a hit held close to the heart that you could never bring yourself to skip on the radio. The lyrics reveal Jesso to be a hopeless romantic; Goon doesn’t shy away from clichés because Jesso’s ability to play them straight saves his own words. On “How Could You Babe”, his emotional delivery of the chorus compensates for lines about washing love down the drain and unrepairable pain. Every Joe Cocker wail hits with brute force, giving the retro phrasing new life.

It would be easy to mistake Jesso for a ‘70s singer-songwriter. Randy Newman and Harry Nilsson comparisons become obvious on the jaunty “For You” and the alarming tale a father tells his newborn in the face of an apocalypse on “Just a Dream”. Even the bedside guitar on “The Wait” recalls Nick Drake. Jesso has an old heart, and the piano lures it out of him impeccably. Playful romp “Crocodile Tears” sees him backed by a band for even older sounds, recalling The Beatles’ “Martha My Dear” and “Maxwell’s Silver Hammer”. Every tongue-in-cheek “boo hoo” links hands with the staccato piano and prickly guitar solo for a perfect recapturing of the “Hey Bulldog” spirit.

The producers sanding down Jesso’s sound emphasize that tenderness. Girls’ Chet “JR” White, The Black Keys’ Patrick Carney, The New Pornographers’ John Collins, and in vogue producer Ariel Rechtshaid helped coax Jesso into churning out clear, crisp work. On “Hollywood”, he bitterly remembers his failures in Los Angeles. The vast silence between notes hangs heavy in what sounds like an empty 40,000-seat theater. Nearly two minutes’ worth of melancholic horns graze the edge of his piano like the striking gloom of an Allison Schulnik clip. The production on Jesso’s material isn’t glossy with studio tricks. It’s expanded to include space, providing listeners with a vacant chamber that swallows them whole. That’s how Goon will make you cry: by reminding you how large your emotions are compared to your vast mental isolation.

Jesso pulls off his debut immaculately because it’s his retaliation against rejection. Jesso failed writing pop in Los Angeles only to lock himself in that practice room until his limping heart stood up a little straighter. “Why don’t you tell the truth sometime?/ You know you should,” he sings on closer “Tell the Truth”. In his voice is the strength of a man who has come to terms with the path life placed him on. Backing orchestral parts appear shyly in the background, appealing to Cassadega-like sorrow without the dramedy of Conor Oberst; Jesso cushions his words in warmth.

For a man so concerned with embracing the now, Jesso mimics the past with ease. Every artist from the wrong generation struggles to emulate the decade they hold closest to their heart. It’s passion obstructed by passion, an idolized wanting clouded by musical cataracts. They’ve been staring at their dream sound for so long that every take in the studio is blindly overthought. Jesso is free of all that. Goon vocalizes a timelessness through the mouth of a man playing simply to start over, earnest as he’ll ever be — and getting to hear it from inside the practice room, not outside the door, makes all the difference.

Essential Tracks: “Hollywood”, “How Could You Babe?”, and “Tell the Truth”

Pick up a copy of Goon here… 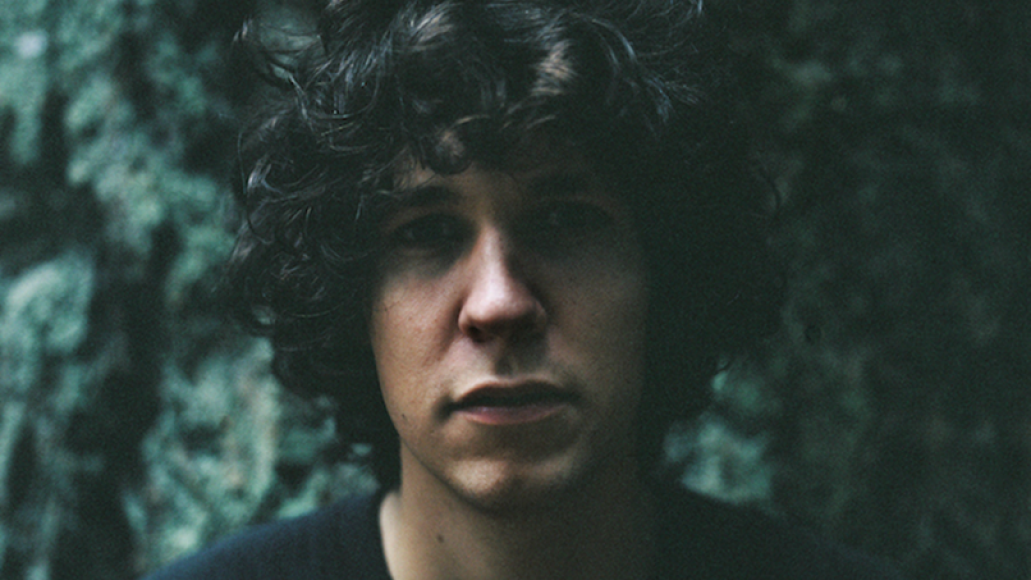