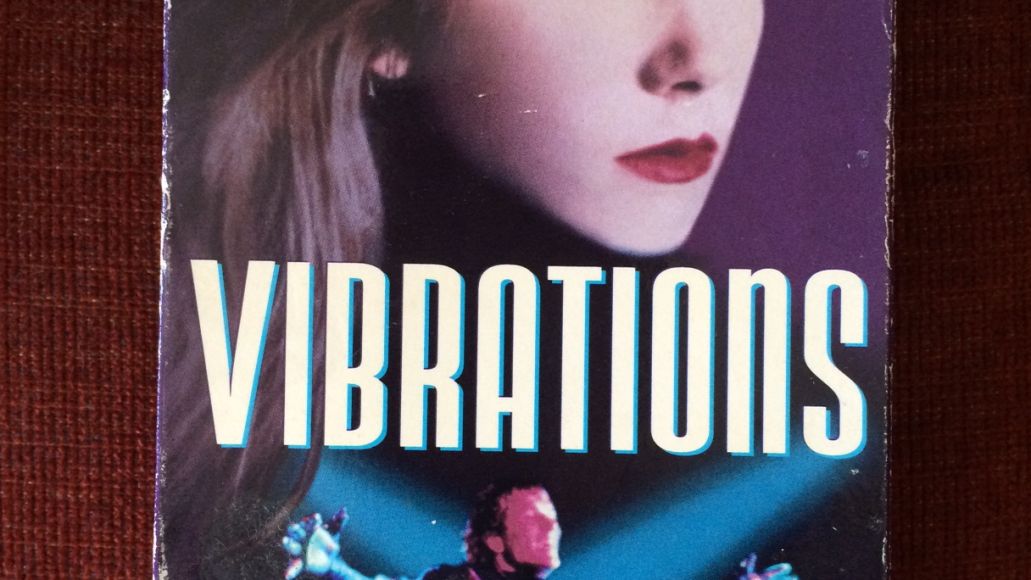 Adriane Neuenschwander (AN): We can’t claim credit for this discovery. My sister actually found the movie collecting dust in a bin at Reckless Records in Wicker Park. Roy, you’ve been to that record store. Is this kitschy VHS the type of thing you’d expect to find there, or was this some sort of glorious aberration?

Roy Ivy (RI): This is the most glorious of all glorious aberrations, and no record store can handle its magic. It’s the kind of VHS that should be delivered to your house by the Underground Tape Railroad from Mr. Show, complete with the announcement of “Hey, guys!”

AN: She paid the low, low price of $1.99, which might just have been the steal of the century.

AN: It’s a tale as old as time. Local boy and struggling musician T.J. Cray (James Marshall) gets the chance of a lifetime — to audition for a big-time record producer. Sadly, he’s assaulted by a group of rednecks on the way to the gig and winds up having both of his hands amputated. As you might expect, this makes playing the guitar pretty damn difficult, so T.J. falls into a spiral of depression. Broke and be-stumped, he roams around Manhattan drinking 40s, sleeping in boxes, and putting out kitchen fires with his new prosthetics. No joke.

Eventually, he meets a hot young publicist named Anamika (Christina Applegate). Anamika and her pals, including a DJ and a welder, help T.J. get a second chance at stardom by building him a pair of robotic hands and a suit to match. The hands allow him to play the keyboard just well enough to pass as a techno artist called Cyberstorm, and he quickly becomes the biggest rave act in the country.

RI: Remember brooding James Hurley (James Marshall) from Twin Peaks? You know, Laura Palmer’s secret boyfriend with the motorcycle, the weird falsetto, and the look on his face like he’d just farted and it reminded him of his runaway dad? That’s our T.J. Cray/Cyberstorm, and he’s just as mopey as he was in Twin Peaks, except now his jet-black hairdo has been replaced with a mop that resembles Peter Frampton’s pubes. Saving our bum from living in a cardboard box in the alley of a rave warehouse is Christina Applegate, who turns in a thoroughly Valium’d performance and might actually be David Faustino in drag.

The rest of the cast is highly unknown and probably dead somewhere in Canada, save for Faye Grant (remember V and The Greatest American Hero? No? Good for you, kid) as the eccentric landlord who allows these DJs to wreck her building’s infrastructure with grooves that can’t be doomed. Oh, and Moses on Acid and U96 show up, so retired ecstasy dealers might get a kick out of that. The best performance, prosthetic hands down, comes from veteran character actor Steven Keats (he’s “Jackie Brown” in The Friends of Eddie Coyne) as T.J.’s proud papa. It’s a performance of such sweetness and sincerity, you can tell he never read the entire script. Oh, and he killed himself at the age of 49, right after Vibrations wrapped.

AN: Poor guy probably knew he could never top that role.

Journey to the Bargain Bin:

RI: The internet refuses to yield information about how this beautiful baby breached into our world. If anybody knows the full story, I’d love to hear it. I can only speculate. The creator, Michael Paseornek, is now the president of Lions Gate Film Productions. That’s right. The same production executive sleeping on beds of Hunger Games money also wrote and directed Vibrations. But even when he was running Cinepix Film Properties (the beta of Lions Gate), he couldn’t get his own studio to release it. It finally took the Weinsteins’ Dimension Films to seep Vibrations to video with zero fanfare. So it probably sat on a shelf or two, vibrating with lonesomeness, only to be rented occasionally by someone who hoped its R rating meant there’d be some nude Kelly Bundy.

Why it Remains in the Bin:

AN: In my 30-plus years on this planet, Vibrations is one of the strangest films I’ve ever seen. I don’t know what Michael Paseornek was on when he made it, but it had to be some potent shit. I imagine that he wandered into the desert for a weekend, with nothing more than the clothes on his back and a knapsack filled with LSD, cobra venom, and month-old 7-Eleven hot dogs. I just don’t know what else could have inspired something so fantastically weird. I have a feeling that you and I are on the same page with this one, Mr. Ivy.

RI: Same page, wrong drug. This relic of the early rave scene takes me back to the days of pure, uncut ecstasy, which was once a magical thing in a different universe from that molly shit. In 1994, it made me enjoy rave music and make out with people named Siren or Anmorphica, then I woke up stinking of regret with a no-longer-glowing glow stick still in my ass. I think Paseornek had the same experience, except he took that dirty glow stick to paper in hopes of converting people to the unsung world of rave culture. Why it remains in the bin? That culture moved on or died, and it was replaced with the noisier and far less innocent EDM landscape. But kitsch moves in cycles, so I wouldn’t be surprised if the movie somehow cyberstorms its way into newfound, and overdue, popularity. 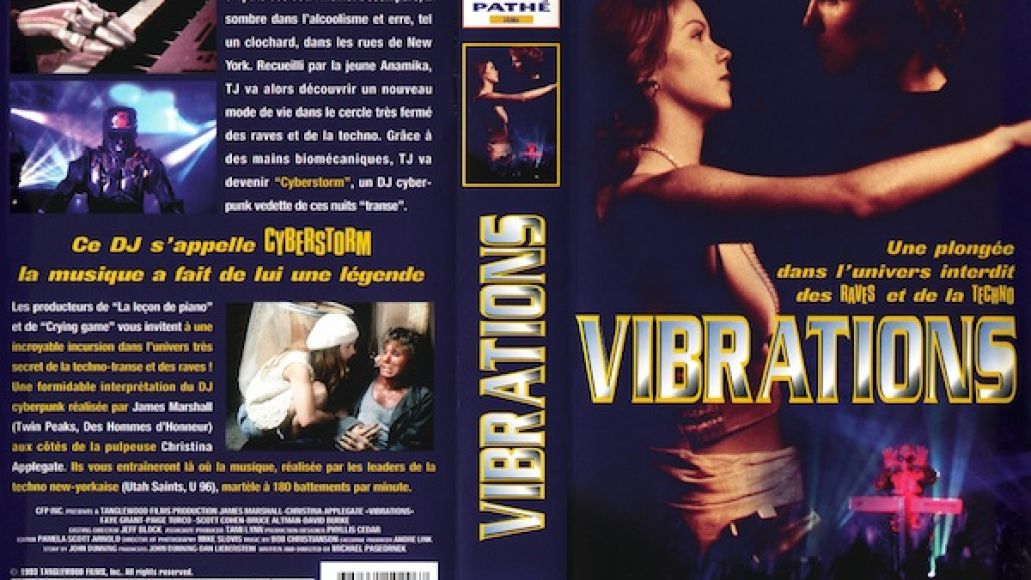 AN: This was absolutely worth the dive. Movies this unintentionally hilarious come along once or twice in a lifetime. I honestly can’t understand why Vibrations isn’t screening as a midnight movie at every independent theater in the country. I mean, it seems like our culture is obsessed with irony now more than ever. Tommy Wiseau is practically a household name after the unexpected success of The Room, and SyFy is making a third goddamn installment of Sharknado. But I’m going to go out on a limb here and say that Vibrations is superior to both of those films. It’s weirder, it’s funnier, and it has roughly 400% more amputee-themed sight gags. This is the Citizen Kane of cheese. Even after all that ballyhoo, I still feel like I’m underselling the movie. Can you help me out, Roy?

RI: Alright. Lemme sell y’all on Vibrations, if “rocker loses hands and is reborn as robot DJ” didn’t do the trick already.

Fake camp sucks. Anything trying to recreate the campiness of the ‘70s or ‘80s generally doesn’t. It’s overdone, and I’m over it, and hopefully society will be on the same boat soon. The Room was only fun because it was sincere, no matter how many times that weirdo pretends he was in on the joke. His latest sitcom, The Neighbors, is unwatchable because he really is in on the joke this time.

But Vibrations is that rare bird to be enjoyed by people who put birds on things … a film entirely devoid of irony. When Paseornek puts together a montage of Cyberstorm making his way up the ladder of marquee rave billings, it’s no joke. It’s his Rocky Balboa racing up the steps.

And I can say, without irony, that Vibrations is truly the Rocky of amputee-DJ films.