Last month, Earl Sweatshirt announced a US spring tour with Vince Staples and Remy Banks. Now, we know what he’ll be promoting: his brand new album, I Don’t Like Shit, I Don’t Go Outside. Due out on March 23rd via Tan Cressida/Columbia, the LP follows 2013’s Doris.

In anticipation, Earl has unveiled the album’s first single “Grief”. Watch the accompanying video below.

News of the album first surfaced via an iTunes listing last night. According to the Odd Future MC, though, it was not supposed to be announced that way. And he is not happy about it:

I WOULD LIKE TO PERSONALLY THANK @SonyMusicGlobal 4 FUCKING UP THE ROLL OUT PROCESS OF MY SHIT. SOMEONE GOTS 2 PAY 4 THEIR MISTAKES ! #SWEAT

ITS TRASH TO HAVE TO PAY FOR SOMEONE ELSE'S ERRORS, I AM FUCKING HOT

TOO MANY FUCKING COOKS

DON'T TRUST IT IF IT DOESN'T COME FROM THE SOURCE

I Don’t Like Shit, I Don’t Go Outside Artwork: 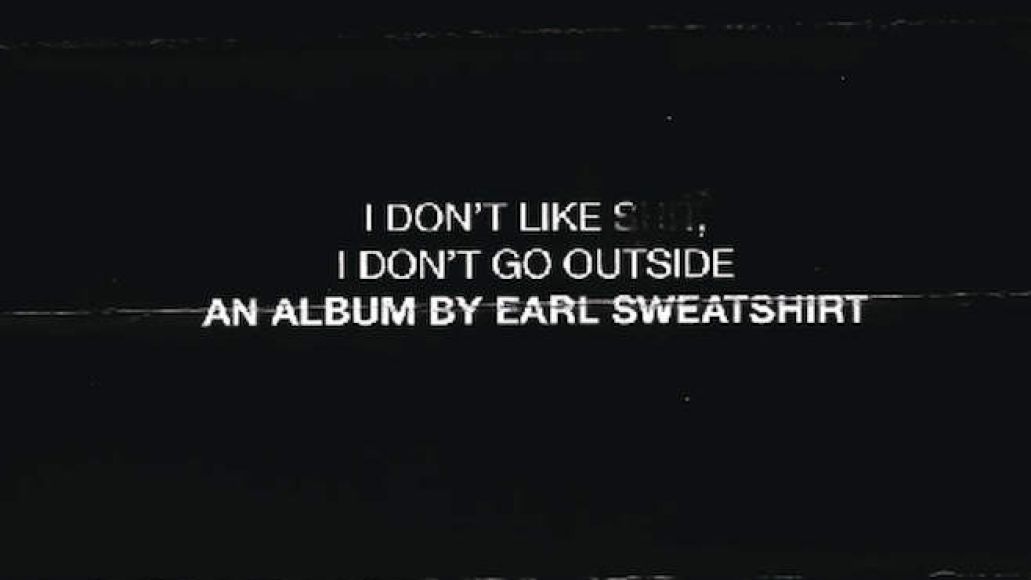