Warner Bros. Pictures has unveiled Jesse Eisenberg as Lex Luthor, the genius antagonist of the forthcoming Batman v Superman: Dawn of Justice. The first-look comes courtesy of Entertainment Weekly, whom director Zack Snyder talked to about how the character differs from previous incarnations.

“He’s not any of the Lexes that you’ve seen, that’s for sure,” Snyder said, “other than him being a captain of industry and one person to the world and another person to himself. And bald, of course … Our Lex is disarming and he’s not fake,” says Snyder. “He says what he believes and he says what’s on his mind. If you can unravel the string and decipher what he means, it’s all there.”

The reveal of Luthor’s look comes almost a month after we were given a peek at Jason Momoa as Aquaman. Both characters will appear in the March 25th, 2016 release of Batman v Superman: Dawn of Justice alongside Ben Affleck as Batman, Henry Cavill as Superman, Gal Gadot as Wonder Woman, Amy Adams as Lois Lane, Jeremy Irons as Alfred Pennyworth, Laurnece Fishburne as Perry White, and many others. 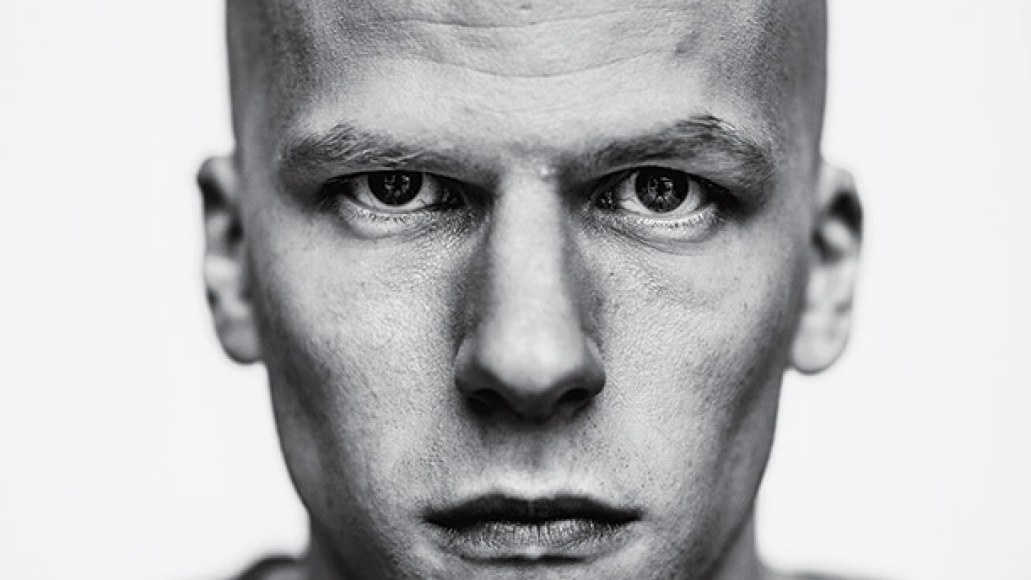 Here's the first photo of Jesse Eisenberg as Lex Luthor