After Blink-182’s performance on day three of Travis Barker’s Musink Festival in Costa Mesa, California, a pair of bartenders completed their weekly inventory at a nearby restaurant. The late night Sunday bar crowd was sparse. Over the radio, the band’s classic single “All the Small Things” played. During the second verse, when Tom DeLonge sings “work sucks, I know,” both bartenders joined in, giggling to themselves.

Earlier at the show, DeLonge wasn’t on hand to sing the band’s most quotable line. It was Matt Skiba of Alkaline Trio rattling off his beloved verses and choruses.

But really, it wasn’t just Skiba standing in for DeLonge. As fans saw at the band’s two warm-up shows at the Roxy and Soma, and now the Blink faithful that turned up by the thousands at a sold-out Sunday night concert witnessed, the audience is as much a replacement for DeLonge as Skiba is. Sure, Skiba had a microphone, but whether it’s a line like “work sucks, I know,” or the second verse of “I Miss You,” fans made Skiba simply a conductor for their own vocal chops. They knew all the words regardless of whether Blink was working through their biggest hits or deep album cuts. 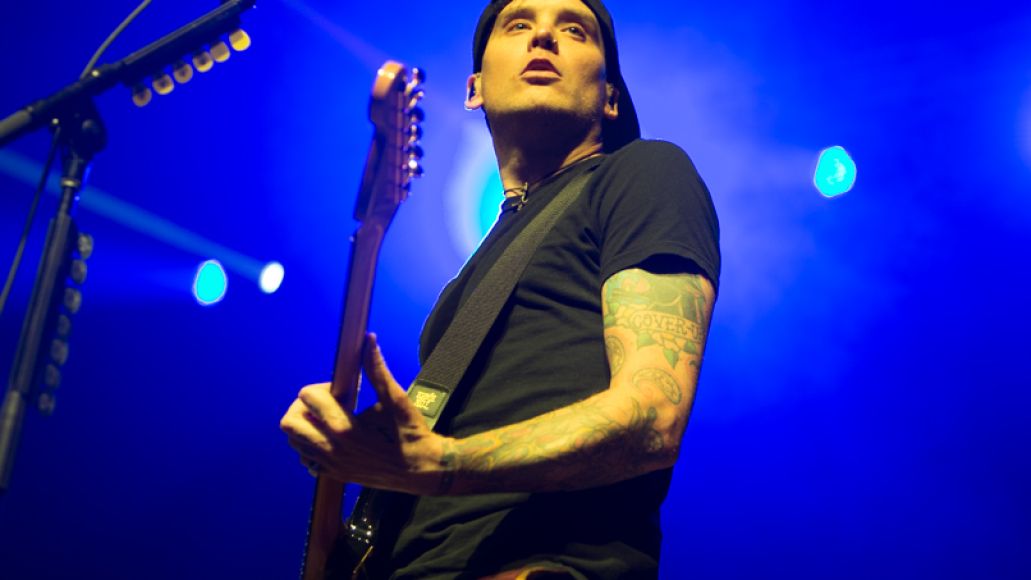 Work does suck. And while the crowd seemed split on whether Skiba was a worthy substitute for DeLonge, with a “Skiba” chant breaking out at one point despite the fact that some fans simply walked away mid-show with heads lowered in disappointment, what can’t be denied is that Skiba wanted to be there. For DeLonge, being in Blink-182 had become work, work that he would rather call in sick to than show up, and no one wants to see a band whose members don’t want to be there. It is difficult to hide disinterest, and even though Skiba’s voice isn’t a perfect mimic for DeLonge’s nasal whine, his enthusiasm eclipsed anything that DeLonge has done with the band in a long while.

Funny enough, the most disappointing aspect of the set was Travis Barker’s unmiked cymbals. For the first third of the set, Barker’s crashes went unheard by the back of the audience, making his drum solos and showoff moments particularly ineffective. It was a minor bummer, and one that wasn’t without its humor, being that Musink is Travis Barker’s own festival. Of course, Barker was on double duty, having already backed up rapper Yelawolf for his set just an hour earlier, so those on hand had already heard plenty of the talented drummer. 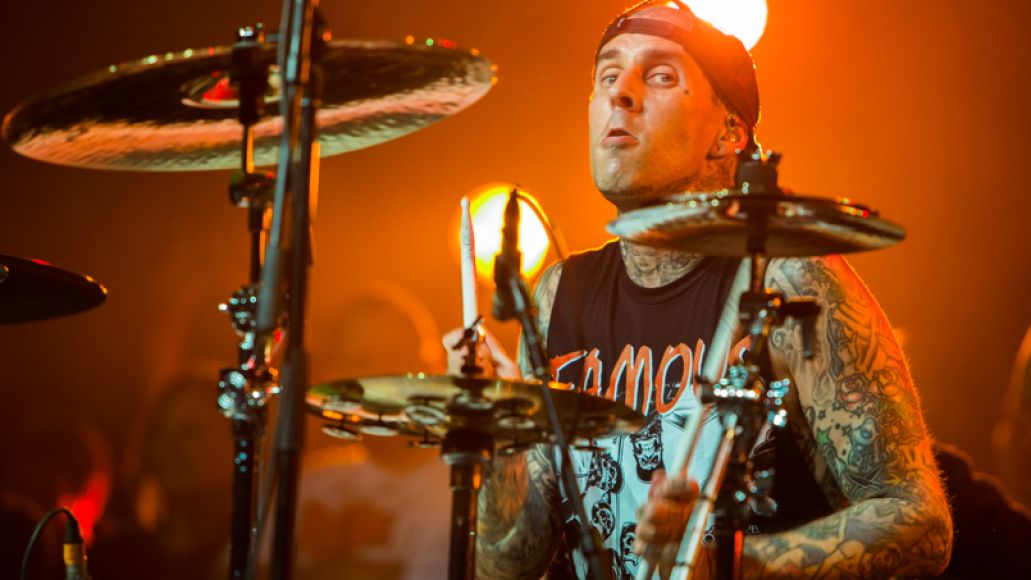 This was a minor hiccup in an all-around enjoyable show. Mark Hoppus was his predictable, eternally adolescent self, cracking butt jokes and weed gags and never once stooping to the lows of airing the band’s much publicized dirty laundry. Hoppus and Barker have already said enough about DeLonge’s tenure in Blink-182 for a lifetime, and on this night, they kept things about the music, about the fans, and about the festival.

Hoppus’ role as the band’s hype man is one he wears with pride, and this is maybe why the band elected to have Skiba sing DeLonge’s parts and not task Hoppus with all the vocals. If he were stuck behind a microphone for the whole night, it would detract from his interaction with the crowd, his bouncing around the stage, and the overall entertainment value of a Blink show. The band’s dynamic would have been critically affected had they gone with such an approach. That’s the biggest issue for these kinds of lineup changes — band dynamics. A happy band that gets along will generally be a better show than one that doesn’t want to play with each other.

So Skiba filled in completely for DeLonge, guitar and voice, with the fans always there to back him up. When concerts turn into sing and shout-along spectacles, it really doesn’t matter who is singing or how it sounds. We were all Tom DeLonge for one night. And it was enough to make us think that this new Blink-182 incarnation might be the best one yet. 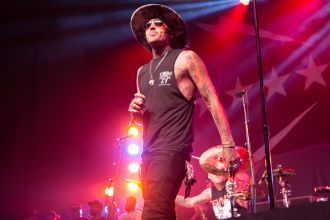 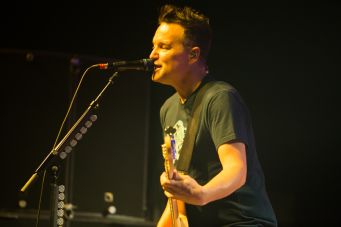 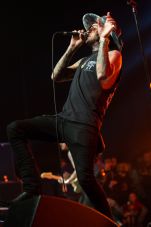 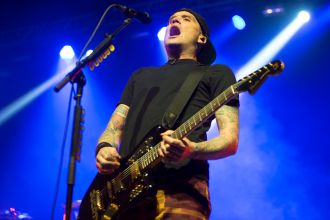 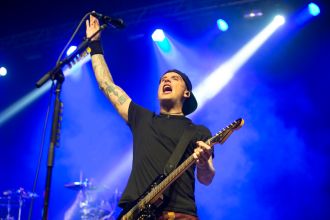 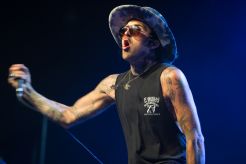 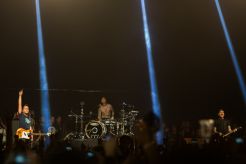 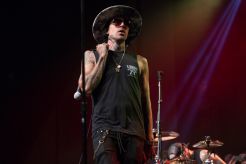 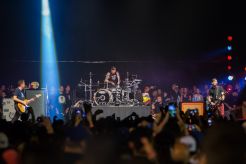