Landing at London’s major music arena, the O2, for Noel Gallagher’s High Flying Birds, the immediate feeling was that you could have been walking through a soccer crowd. Groups of lads swilled beer in the standing area that sweeps back from the stage like an oversized pitch. Equally tanked-up men in the raked seated areas, who probably hold down good jobs in the city, got to their feet to exercise their vocal cords and dad-dance legs. If you looked further, like at almost any gig these days, there was actually a far wider demographic filling the 20,000-capacity venue; plenty of women, from rock chicks to grandmas, were in the crowd, and among the gentlemen you could see plenty of homage to mod clothing, as peddled by the younger Gallagher under his “Pretty Green” label. There were even junior Noels around me, bagging the older frontman’s style from his haircut down to his threads.

The atmosphere was raucous and reeked of deep respect for the man who rarely calls a spade a spade when you can call it a fucking spade. Flanked by his quartet of bandmates, horn section, and choir, Noel Gallagher kicked off with the formulaic bonus track from Chasing Yesterday, “Do the Damage”, while images that echoed the album art slowly spread across a gray brick wall projected backdrop. Horns blazed over the tight band as the frontman followed quickly with two songs from his debut HFB release before switching to acoustic guitar for the first Oasis throwback, “Fade Away”. The tune was accompanied by images of childhood as the crowd echoed the sentiments: “While we’re living/ The dreams we had as children/ Fade away.”

It took a while for the banter to kick in, but Gallagher soon reminded us all of his mastery of the one-line put down when he spotted a bit of fighting in the crowd: “Too busy reading the fucking Guardian down here to do that.” He should do more chat. Confident in his self-importance, Gallagher courts notoriety with tongue firmly embedded in cheek. He’s old school in bandying around the F-word and cultivates the piss-take as an art form. Musically, he rewarded the faithful with a full-on set, mixing new material with standouts from HFB’s debut and crowd-pleasing Oasis tunes. They’re what fans come for, but the Oasis songs in the set (all ones he’s written, of course) remain more of a blessing than a burden. Gallagher does what he does without too much thought about the past, be it success or failure. 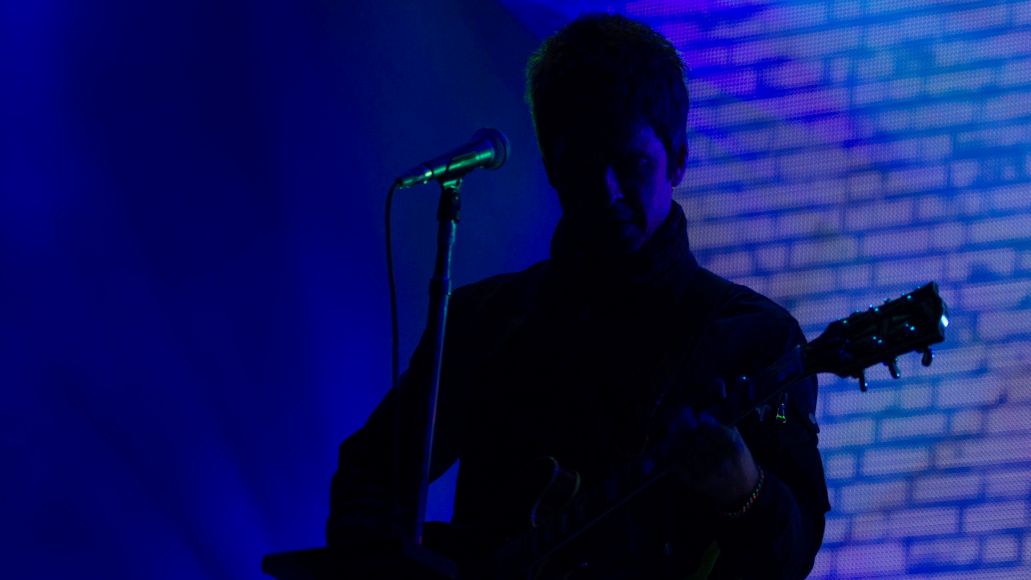 The set was as heartwarming as it was predictable, as accomplished as it was direct. Throughout the evening, Gallagher proved again and again what a great tunesmith he is, and it was heartening to hear that his latest songs largely came up to the mark. The dynamic “Riverman” served as a reminder that his musical wings are scarcely clipped, running the gauntlet of psychedelia and saxophone in commanding fashion. The anthemic “You Know We Can’t Go Back” struck home as a future crowd favorite — what in Manchester they might say was “a tune.” From the back catalog, “Champagne Supernova” was delivered majestically with ripping guitar work from Noel’s lead sidekick and passion from the choir, while the set closed with a lyrical “If I Had a Gun” dedicated to “my beautiful wife” (but qualified by the announcement that she’d effed off early — eyes would clearly have followed her around the room otherwise).

A fruitful three-song encore followed that false dusk. A wonderful “Don’t Look Back in Anger” scarcely needed Noel’s vocal, as the crowd carried the chorus completely. They danced their way round “AKA… What a Life!” and reveled in the blistering set-piece of “The Masterplan”: “Say it loud and sing it proud today.” Last night, that line wrote itself afresh. 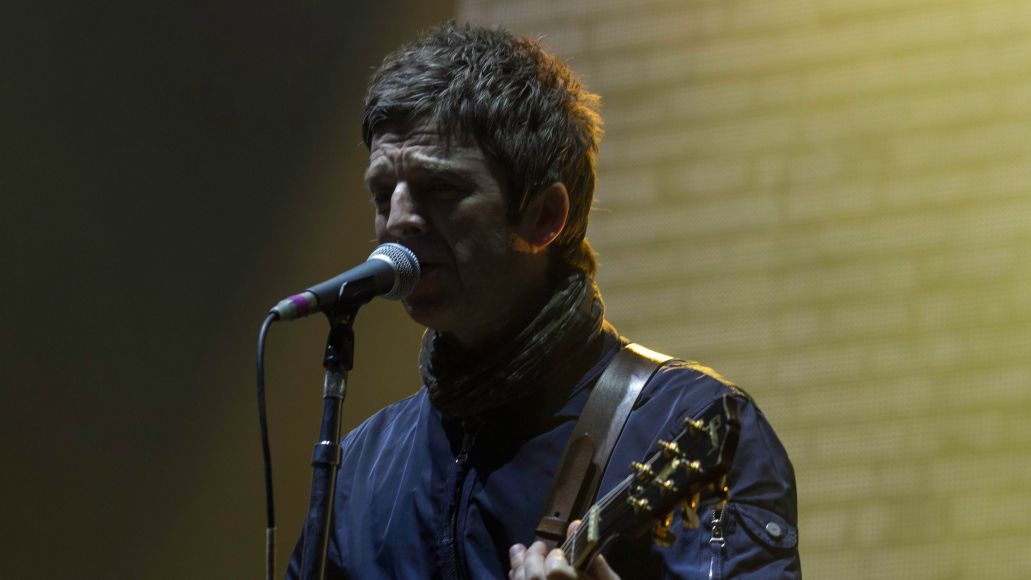 Setlist:
Do the Damage
(Stranded On) The Wrong Beach
Everybody’s on the Run
Fade Away
In the Heat of the Moment
Lock All the Doors
Riverman
The Death of You and Me
You Know We Can’t Go Back
Champagne Supernova
Ballad of the Mighty I
Dream On
The Dying of the Light
The Mexican
AKA… Broken Arrow
Digsy’s Dinner
If I Had a Gun…
Encore
Don’t Look Back in Anger
AKA… What a Life!
The Masterplan