Ever since those loveable lads from Liverpool crossed the Atlantic and caused Americans to lose their shit over a few chords and shaggy haircuts, breaking America has been an almost inescapable goal for many British bands. A quick Google search for “British bands breaking America” results in around one hundred million hits; the common question among most of them being: “How do British bands break America?” The BBC posed that question, the NME pondered about “Why British indie bands still can’t break America,” and Vice as recently as two months ago were curious as to “why do so many British artists make a ‘Breaking America’ video?” It’s even a sticking point among many of Britain’s most famous imports. Ex-Oasis man Noel Gallagher, who can surely claim some sort of fame in America thanks to the ubiquitous “Wonderwall”, has seemingly made it a point to bemoan Oasis never truly breaking America at every given press opportunity.

So if Noel Gallagher and “Wonderwall” didn’t break America, then surely we should move the goal posts to a more reasonable place.

And this brings us to Wolf Alice and their many guitar-driven, indie contemporaries. Bands like Palma Violets and Drenge have made some casual attempts whereas Wolf Alice buddies Swim Deep or Peace seemingly don’t care. With their debut album on the horizon, Wolf Alice seem to have set up camp in the former category, mounting a pretty extensive campaign starting out in Philadelphia and slowly making its way out west to SXSW. They decided to stop in Boston on yet another snowy day (six inches today, folks!) at the small, but relatively packed Middle East Upstairs. 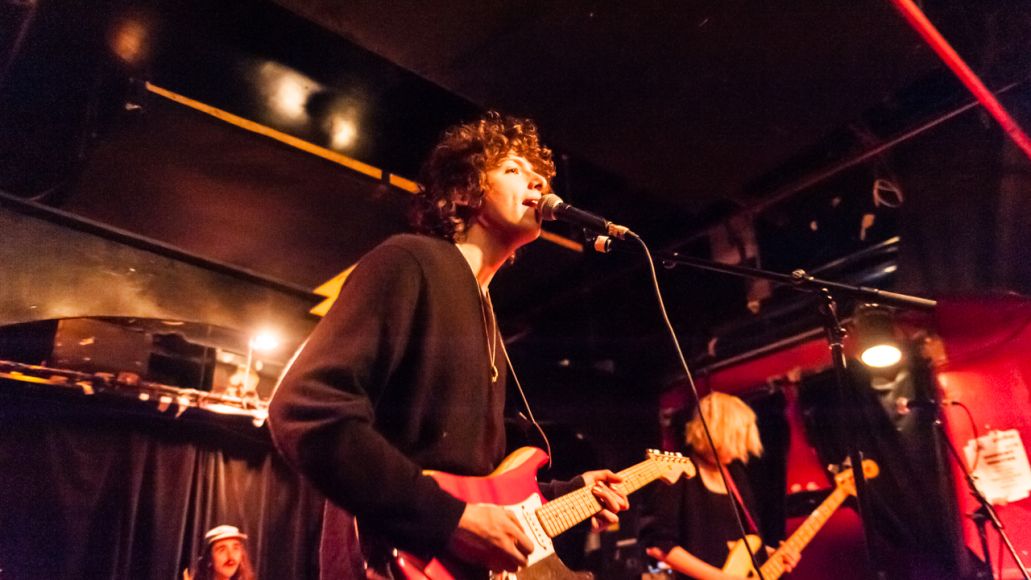 Sunflower Bean opened the show with their take on psychedelia with frequent excursions into Neu!-esque passages of krautrock jams. While they are factually not from Britain (they’re from New York), they probably could have fooled most of the crowd if they didn’t say anything. Their first couple of songs were well within the realm of C86 cassettes and Byrds-ian guitars, with guitarist Nick Kiven channeling Johnny Marr’s chiming tones right down to sharing the same silver nail polish. Their songs slowly moved away from this style, first morphing into a subdued type of surf rock with a psychedelic push and then into some sort of stoner rock-lite, channeling the spirit of bands like Loop but without the extensive pedal boards. While these styles all worked to varying degrees, there was definitely a non-committal sense to it all. However, for a band this young, it’s good that they’re open to exploring different avenues of sound; they have plenty of time to make stylistic choices.

Wolf Alice started their set with a crashing version of “Fluffy” before they realized that half of their amps weren’t plugged in. No problem there, a quick fix and they’re at it again with even more energy than the first time! For a band that have yet to release their debut album, they play with the polish of a well-rehearsed headlining act, but still retain the enthusiasm of a young band that want to prove themselves. 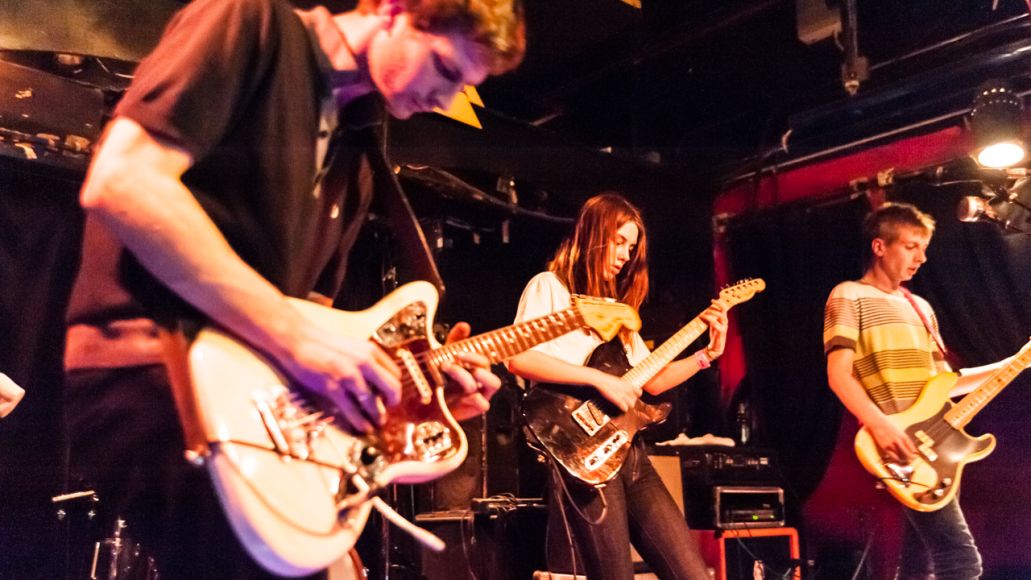 While they’ve flirted with different genres throughout their numerous EPs, they’ve since buckled down and have gone head on into a very ’90s take on alt-rock. Their songs have shades of PJ Harvey’s raw and anthemic take on the blues, but with a bit more polish and a pop attitude behind it. While Joey Amey and Theo Ellis hold the rhythm down, guitarist Jeff Oddie is given free reign to unleash psychedelic flourishes and soundscapes onto the songs, giving them a bit more life and energy. Singer Ellie Roswell leads the pack, alternating between Bilinda Butcher-esque whispers and powerful yelps and screams. The closing trio of “You’re a Germ”, newly released single “Giant Peach”, and “Moaning Lisa Smile” caused the floorboards to shake and sent the room into a frenzy.

So will they break America? Man, who gives a shit. They’re the real deal; they can and will do whatever the hell they want. But as far as those 200 people at the Middle East Upstairs? They certainly won them over. 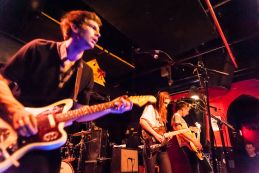 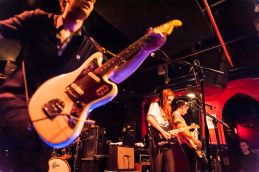 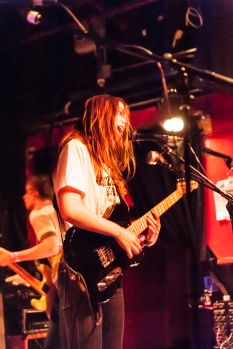 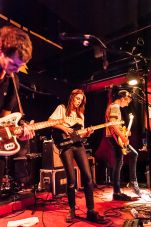 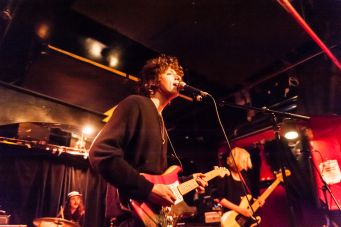 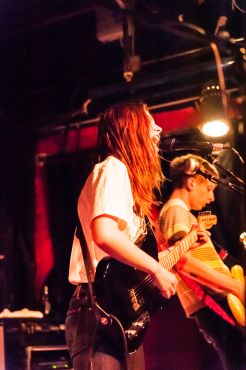 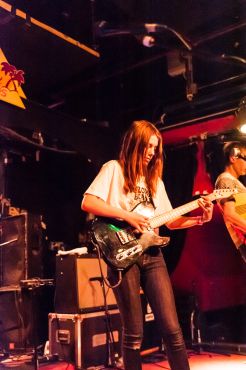