Just thinking about Lollapalooza is a polarizing experience. My heart gets all filled up with joy, but my body starts to scream and ache and beg for mercy. That’s because the festival, which takes over the majority of Chicago’s Grant Park every August, is one of the hardest and most exhausting endeavors a music fan can endure. Last year, I covered it as a twentysomething male, now I’ll cover it as a thirtysomething grouch. This should be interesting…

Gripes aside, the festival’s a worthy spectacle unlike anything else in this country. Walking out into the south fields at twilight, hypnotized by the pinks and oranges that crest over the skyline, is the only way any self-respected Chicagoan should spend their last summer days. Because in that moment, any pain washes away and there’s this subliminal understanding that everything’s okay and that you’re on a vacation of sorts. It’s like you’re living an ’80s Beach Boys song. 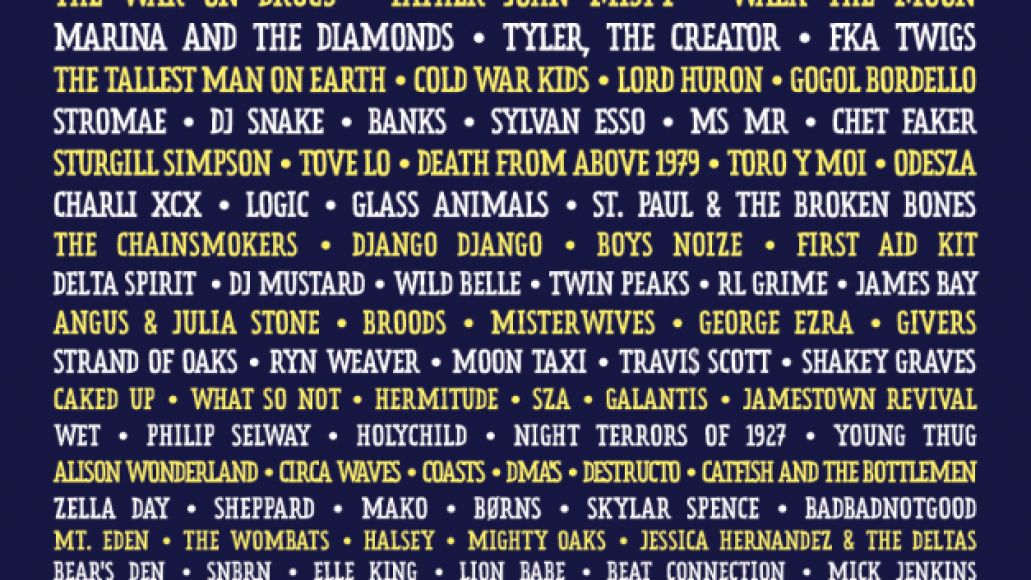 This year’s another hallmark for the festival. C3 Presents has polished off a lineup that includes a former Beatle, San Francisco’s heaviest export, a recent multi-Grammy winner, and the delightful Flo. Together, they reign above an erratic medley of folk, garage, hip-hop, R&B, and electronic music, all worthy of a few arguments and conflicts come scheduling. Sure, the lineup’s hardly as cutting edge as its ’90s heyday, but things have changed: the local competition is fierce (e.g. Pitchfork, Riot Fest) and the national market is flooded (e.g. Coachella, Sasquatch, Bonnaroo, Governors Ball, Outside Lands, et al.).

Chew on this: What other Chicago festival will give you those headliners?

As per tradition, we’ve spent the last 24 hours soaking up said lineup. We’ve discussed everything from its highlights to its least interesting inclusions, of which there are many. A few of us are disappointed, many of us are excited, but we’re all fairly certain we’ll be there opening day, July 31st — smiling, waving, and wearing a cool shirt.