As Losing Isaiah turns twenty, Sarah Kurchak takes a look back at the film’s many missed opportunities to address crucial issues of race.

Like many dramas released quietly in the post-Oscar doldrums of February and March, Losing Isaiah was met with uneven praise when it debuted in March 1995. The New York Times and Entertainment Weekly both hailed the interracial adoption film as a powerful and topical drama fueled by first-rate performances from its lead actresses, Jessica Lange and Halle Berry. Most other critics were similarly impressed with Lange and Berry, but felt Isaiah’s plot, politics, and wishy-washy ending left a lot to be desired.

What’s disappointing, if not particularly shocking, about most of these reviews 20 years later is how few of them really said much about race at all. Variety’s Todd McCarthy criticized the way that the film handled the battle between a white adoptive mother and a black birth mother and the way that it “never pull[ed] back a bit to place it in a larger context or questioning the way in which society currently chooses to deal with the problem,” but that’s about as deep as the discussion got. This was especially troubling because Losing Isaiah wasn’t just a film about race; it was a film about race with an undeniable white savior complex. And no major outlet really noticed or saw fit to call much attention to it at all.

It’s not like Losing Isaiah’s race problem was particularly subtle. Even the film’s poster was disconcerting, with Lange, looking downright saintlike in clothes even whiter than her porcelain skin, holding a black infant to her chest while Halle Berry lurks in the background. The actual plot wasn’t much more nuanced than that. Khaila (Berry), a young mother addicted to crack, leaves her baby in a dumpster while she tries to score. While she’s away, workers rescue the baby and take him to the hospital where an overly dedicated social worker named Margaret Lewin (Lange) becomes attached to him and ultimately adopts him. Believing that her son has died, Khaila throws herself into getting clean and improving her life. When she discovers that young Isaiah (Marc John Jefferies) is still alive, she enlists the help of a lawyer (Samuel L. Jackson) and fights to regain custody of the child. 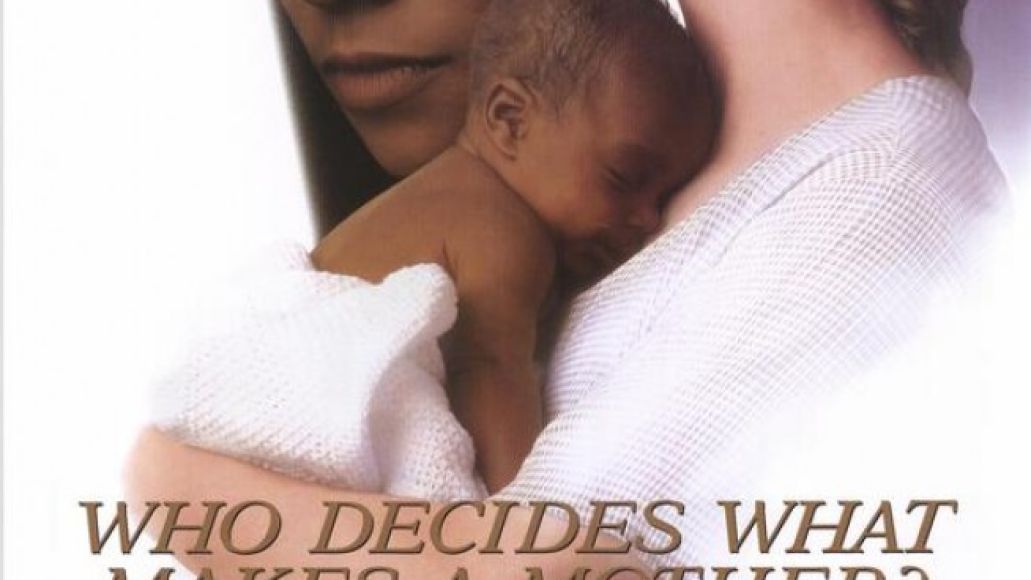 In court, Khaila’s lawyer brings up a number of pertinent points about interracial adoption, asking Margaret and her husband if they have any black friends and if they read any stories to Isaiah that might feature people who look like him. These are valid and ongoing concerns when it comes to the real world, but in the context of the film, they’re little more than fodder for white people’s impassioned monologues about love being colorblind.

The creative team behind Losing Isaiah, including director Stephen Gyllenhaal and writer Naomi Foner (who based her screenplay on the novel of the same name by Seth Margolis) are both white, and it showed. Much like their characters, they meant well, but they’re even less capable of seeing privilege than they were of seeing color. As a result, a complex issue was distilled into a simplistic tearjerker that pit a near-perfect white woman against a black addict who left a baby in a dumpster. The argument was unfairly and unnecessarily stacked. Losing Isaiah wasn’t really asking whether or not white parents should adopt children of color; it was asking whether white people are better parents than black drug addicts who put babies in dumpsters.

In real life, the issue isn’t even close to being that simple, and actually addressing it requires a lot more from white people, like me, than feel-good platitudes and narratives in which we cast ourselves as saviors. If white people aren’t asking if our society’s systemic racism makes it harder for prospective black parents to adopt and easier for black parents to lose their children to the foster care system than their white counterparts, and if we’re not actively listening to what experts and people of color with real-life experience have to say, then we shouldn’t really be participating in the conversation at all, let alone dominating it.

In the 20 years since Losing Isaiah, though, the mainstream film world hasn’t moved that far beyond the movie’s worldview. We’ve seen films based on real-life events, like The Blind Side, which is based on a true story, and Black or White, which was inspired by writer/director Mike Binder’s extended family, but neither does much to distance itself from the white savior trope, and they’re still made predominantly by white people in a predominantly white entertainment system.

Far more interesting and meaningful than any of the films mentioned above is the dialogue that they’ve inspired, like this 1995 story from The New York Times that talks to social workers and black people with white parents in an effort to look at the problems that face black children who grow up without any connection to their heritage and without parents who know how to prepare them for a world that is far from colorblind. Another is this recent discussion with black adoptees about their experiences with white parents.

From both a moral and artistic perspective, these stories offer so much more than any simplistic white savior trope ever could. Isn’t it about time that we start seeing that reflected on the screen?