Jana Hunter wrote part of Lower Dens’ new album, Escape from Evil, in the back of Sharon Van Etten’s tour van. While Van Etten toured her album Are We There, Hunter opened for her, demoing new songs in a chain of solo sets throughout the US. Escape from Evil might have incubated in some degree of artistic solitude, but it’s the most populated and welcoming music Lower Dens have ever made. It skips past the krautrock that inhabited 2012’s Nootropics to strike at something like pure, clean pop, filled with tense dramatics and high contrasts. It embraces pop’s stylishness while letting complex emotions bubble underneath its sheen. It’s a fun and heavy ride in one.

Hunter spoke with CoS about embracing pop instincts and making a record that unequivocally invites the listener in to enjoy its complex emotional hues.

I love the “To Die in L.A.” video. How much of its concept came from the band versus the director?

It was almost entirely Cody [Critcheloe]. I don’t think he has any shortage of ideas. When it comes to videos, the best that I can usually muster is a loose concept, so I pair up with people who are going to take it and run with it. Cody’s pretty reliable for that. He went with a very, very loose concept that I gave him, which is basically that I really like the way the movie To Live and Die in L.A. looks, and I like that it’s really over the top and that it is also kind of pristine. Even when William Friedkin wasn’t at his best in writing, he could always put an image together. It’s full of these ridiculously reckless characters. That stuck with me a lot. I had a conversation with Cody about that on the phone, and then the rest was him.

It fits the mood of the new record really well. There are all these visually well-defined characters and all these strong images that cohere on an aesthetic level. I feel like your songwriting on this record in particular matches that mechanic. You’re speaking in different voices or navigating dramatics without necessarily following a plot that resolves itself. Were you thinking in those terms when you were putting this record together?

Somewhat. I was trying not to think too hard about what I was doing and to follow instinct. But there was definitely a decision early on to let it be more emotional, which naturally lends itself to drama. As much as the next person, I like drama and theater. In life, I mean. I don’t mean I go to the theater all the time. I like theatricality, and I think if you’re trying to convey something, especially something that’s abstract, like an emotion or a concept between two people, it’s a lot easier and more compelling to convey that in a story. I’m not the kind of person who wants to write a diary and then make it into a song, but I have things happen in my life that can be songs, and what is fun for me is to fit them into a quasi-story. But just to the point where people can identify with them and correlate them with something that’s going on in their own life.

This record is also a lot denser than Nootropics, which had a lot of space and more instrumental passages. What led to that more upbeat, packed writing style?

It’s hard to say, exactly. I just wanted to do a better job. I think every record starts out with a loose concept that’s preconceived, but also a big part of it is wanting to do better than you’ve done before. While I really like Nootropics, I don’t think it invites the listener in. I think it states its terms to somebody listening to it: If you want to join me, I’ll be over here, but I’m not getting up and going to your table. Basically, I wanted this record to make more of an effort. I paid a lot more attention to individual components when I was writing. We had much more completely written before we went into the studio. Also, the people in the band this time are more detail-oriented people. And then the people that I chose to work with, producers and engineers, are also people who are not easily satisfied. I think the sound ends up better if you are determined to make something beyond what you think you’re capable of, and if you also have people telling you that they think you can do better. 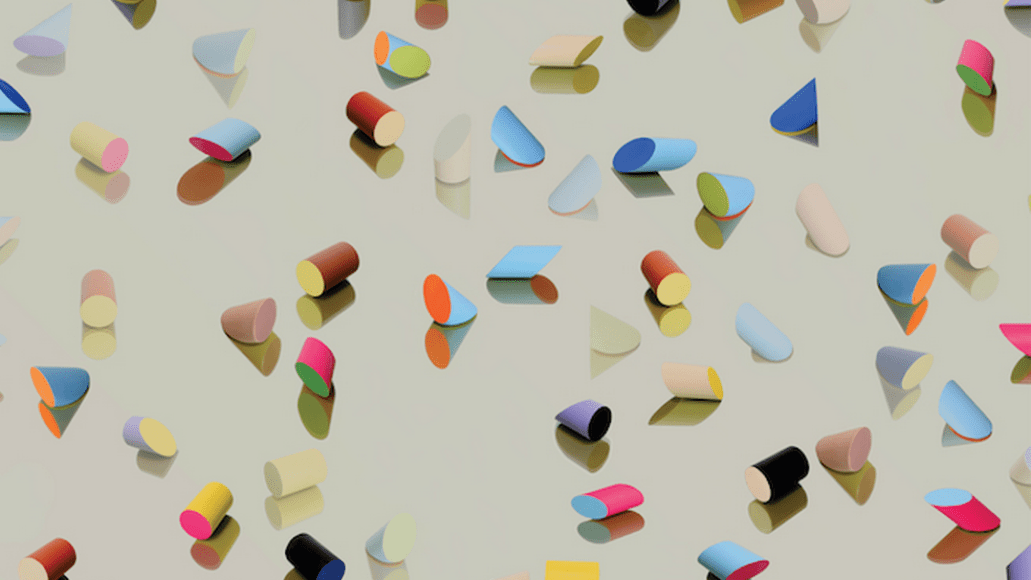 There are times on this record where you flirt with pop hooks — “To Die in L.A.” is a good example. Has your relationship to pop music changed?

I think what changed is that I let the part of myself that grew up on pop music and loved pop music take control in a way that it hadn’t before. I grew up listening to pretty simple radio pop. Of course, like anybody, I feel like pop was better when I was a kid, but I don’t know if that’s true, and it’s not important. I grew up listening to pop music, but I also grew up playing classical music. When I was a teenager, I got into more experimental music. I think there’s something about more obscure forms of music that made them seem better or more important. Even in listening to or writing rock and pop music, I was focused more on obscure forms of it. With this record, I was thinking about and really admiring how people can write things that are terribly complex emotionally and really reflect the human condition and put them in a three-minute radio single. To me, that’s more impressive than a lot of obscure, experimental kinds of music. I just stopped fighting what is almost a natural pop instinct from childhood.

How did letting go of your previous feelings about pop affect how you think about your own music?

I mean, I like Nootropics and I like [2010’s] Twin-Hand Movement. They’re records that I feel proud of. But I think something in the point of making music is to communicate with people and to give them this medium to express emotion. It’s hard to talk about how you feel, the true, simple essence of how you feel, and not feel silly. Like a little kid: Oh, I want to be loved. Or to talk about the things that you desire and not feel selfish: Oh, I wish I made more money. I wish I could fuck somebody right now. But you can put those things in songs. You barely have to dress them up at all, and they give you and they give all the people who listen to your music a way of expressing things that need to be expressed in a way that feels substantial. That’s something that seems so obvious, but that I don’t think I understood about pop music until recently. I like those old records, and I think they do that to an extent for some people, but I wanted to do that for more people. I wanted to make it a little bit easier, not quite such a challenge. 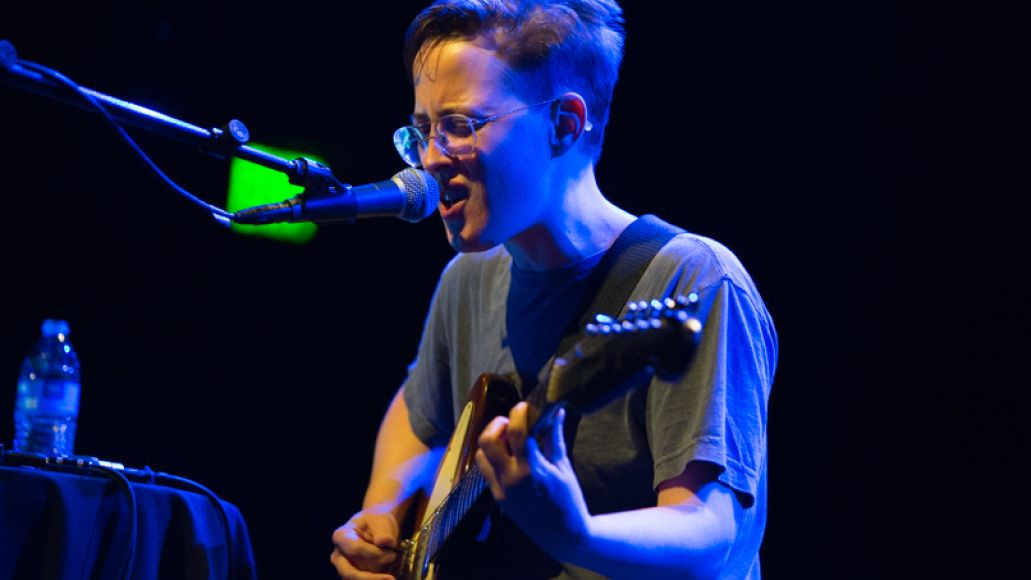 You’ve said that there’s a lot of grief running through this record, but it’s also the most upbeat music that you’ve made. Is that an irony that you find to be productive?

I don’t consider it ironic. I think that an effective way of confronting grief is confronting it directly and then using something to lift yourself out of it at the same time. That’s why people make jokes about terminal illness. That’s why in my life, I’ve made jokes about terminal illness, because people that I know are dying, and I don’t know what to do about it besides make jokes, usually with those people. And music is capable of that in the same way that really good comedy is. You can talk about an important relationship falling apart, you can talk about somebody dying way too young and suddenly, and you can use music to express your grief and simultaneously celebrate that you are a feeling person, that you got to know that person while they were alive, or that you had time with that person who now hates your guts. At least you had that time. And you can momentarily look at your grief through the eyes of somebody wiser than yourself, or somebody less burdened than yourself.

Do you perceive multiple selves happening in your music, or multiple sides to yourself?

I don’t really think about multiple selves or multiple sides. I just think people are really complex. It’s maybe considered bad form to express that you have a lot of frayed edges and that some of them are in direct conflict with each other, that you’re not perfect in some really glaring ways. But I get to fucking play music, and that’s what it’s about. It’s about being able to do whatever you want, and being able to express the entirety of your complexity, and acknowledge that you’re crazy sometimes and you’re boring sometimes and you’re irrational and that you’re queer or you’re a square peg trying to fit into a round hole and that’s not working for you, and it’s not your problem, it’s the hole’s problem. All of those things are allowable in music, and I think that’s more important. The complexity of human beings and being allowed to express that is more important than having a singular identity or even being able to clearly delineate sides of oneself.