Turns out Marilyn Manson is not some extraterrestrial mutant hailing from the same planet as Yoko Ono and Morrissey. He has a real-life human father — who’s just as weird as he is.

Courtesy of Manson’s recent photo shoot with Terry Richardson, the world has been introduced to Manson’s father, Hugh Warner. The Vietnam veteran has long been supportive of his son’s music career, and he isn’t afraid to show it. Hence his decision to pose with his son in full makeup for a recent spread in Paper Magazine.

In a corresponding interview, Manson credited his father for inspiring his theatrical aesthetic, explaining, “The first time that I did see my dad in makeup was, ironically, the second concert I ever went to. He dressed as Gene Simmons and took me to the Kiss ‘Dynasty’ tour when I was 11. And people were asking my dad for his autograph.”

Even today, his dad can still pull off the look; as Manson quipped, “That’s a good Ghost of Christmas Future.” 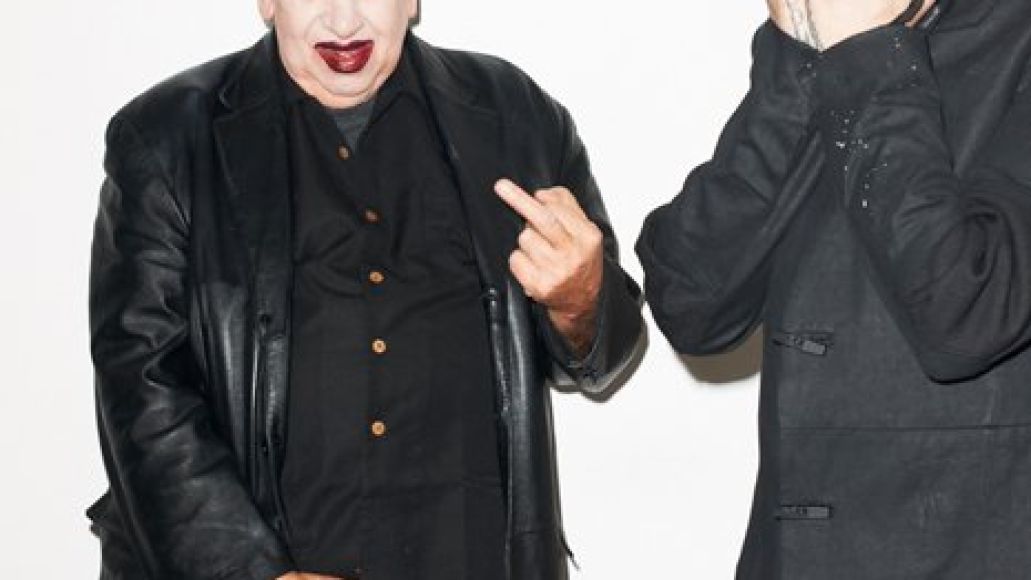