One man’s garbage is another man’s treasure, and Nick Cave would be inclined to agree. The singer-songwriter is gearing up to release a new book comprised of musings he jotted down on airplane barf bags. (Notebooks were so 2012, apparently.) Aptly titled The Sick Bag Song, it’s due out this June through Canongate.

Written during Cave’s 2014 North American tour with the Bad Seeds, the book “began life as notes scribbled on airline sick bags during the 22-city journey and grew into a restless, full-length, epic poem, seeking out the roots of inspiration, love and meaning.” The Sick Bag Song will be available in two different versions:

— The Unlimited Edition (publishing 8th April 2015) features the boxed hardback edition of The Sick Bag Song, an audio download of Nick Cave reading the book (unabridged) and the eBook.

— The Limited Edition (limited to 220, publishing 4th June 2015) includes a sick bag signed and personally customised by Nick Cave with notes, doodles and musings, a signed and numbered special edition of The Sick Bag Song book, a limited pressing of Nick Cave reading the book on a white vinyl double LP. Anyone purchasing the limited edition will also receive a copy of the Unlimited edition.

The “Unlimited Edition” comes with a modest price tag of $45. The “Limited Edition” copies, meanwhile, are categorized by city (for each of the 22 cities on the tour) and cost a whopping $1,124. Pre-orders for both have begun.

Below, watch an official trailer, which features a few of the book’s first lines.

In support, Cave will also embark on a short book tour: 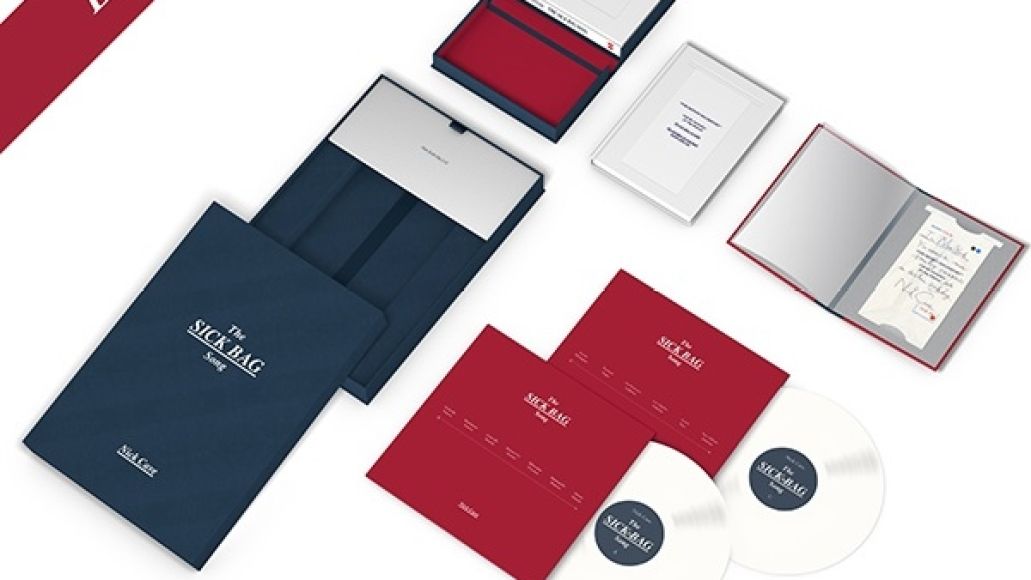 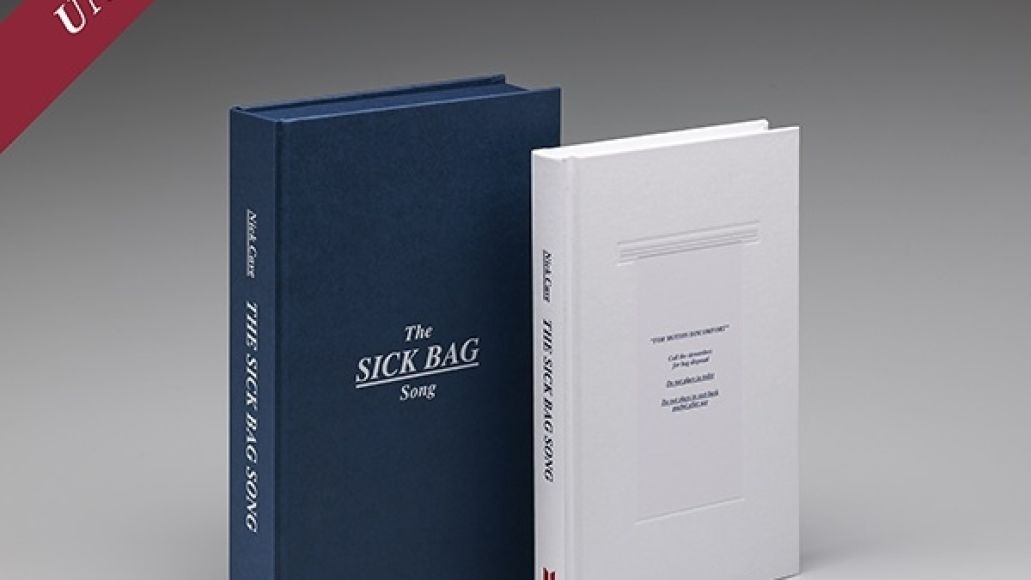