Rebecca Bulnes and 2014 Consequence of Sound Comedian of the Year Cameron Esposito discuss what a film like the iconic Pretty Woman says about our society both then and now.

Can you believe it’s been 25 years since Pretty Woman came out? Dust off those VHS tapes because it’s true! Today marks the 25th anniversary of when we first collectively fell in love with Julia Roberts, remembered who Roy Orbison was, and became too familiar with the classic makeover montage.

Ah, yes. Roberts’ unwavering charm, that killer soundtrack, those outfits, the ridiculous beauty of the two leads. It had it all and quickly became known as The Modern-day Cinderella, molding itself into cinematic history as the most successful romantic comedy of all time. Which, considering it’s about a prostitute and a sad rich guy, definitely says something about the general movie-going audience and the way that they (well, we) think.

Pretty Woman joined a long list of romantic rags-to-riches stories, perhaps even leading at the helm. It continues to be the perfect representation of Hollywood’s seemingly eternal Cinderella complex. Our obsession with the attractive, down-on-her-luck girl being saved by a handsome, wealthy man has not dulled in the slightest. Just this year we got a live-action Cinderella movie! Clearly, we’re not done with this story.

But is that okay? Is Pretty Woman effective in helping us move away from the antiquated and sexist ideals of Cinderella, or is it really just counterproductive? 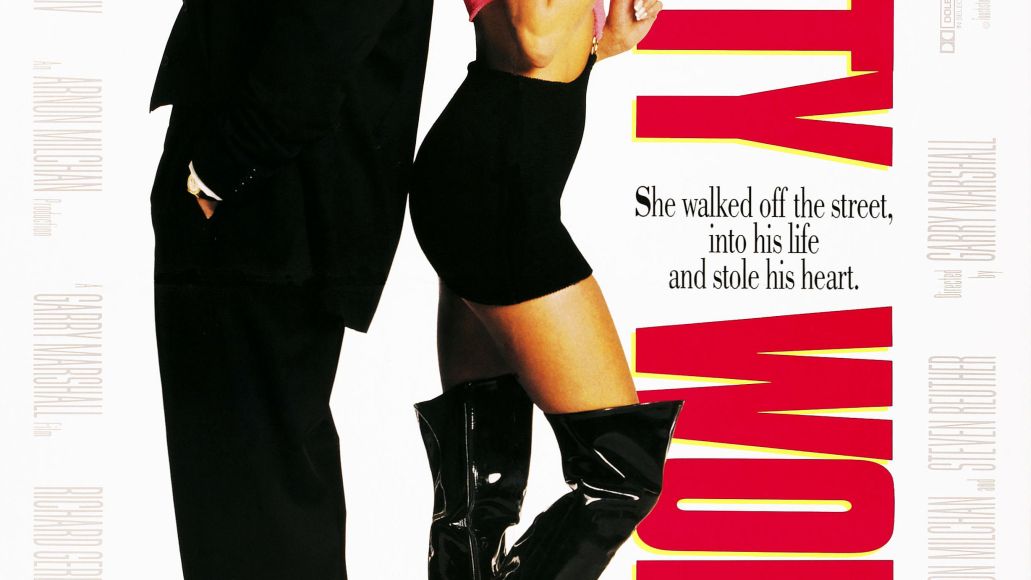 It’s a lot for one lady to handle. To help me tackle this topic, we got none other than our 2014 Comedian of the Year, Cameron Esposito, to help me reminisce about the movie’s iconic moments and explore what it says culturally about all of us.

Now, in case you didn’t know this, Pretty Woman was not always intended to be the light and funny film we know it as. Instead, it was supposed to be a gritty drama about prostitution, Vivian being addicted to drugs and Edward hardly becoming her prince charming. But when Walt Disney Studios came into the picture, it was heavily rewritten, the execs transforming it into a modern-day fairy tale guided by romance and humor. Which personally makes me sad because I would’ve loved to have seen this as a twisted drama. Let Roberts cry some more! She’s good at it.

The film’s total reconstruction is probably one of the reasons that its messages are confused, and its perspective is lost. We see that in the way it handles the idea of sex work. Perhaps in the original script, we could get more of a handle on what it is trying to say about that, but in the Pretty Woman we know, it’s all a bit unclear. Esposito notes, “Sex work is really complicated. Lots of people do lots of different things for lots of different reasons, so there are lots of super positive parts and lots of super negative parts. I think this movie kind of weirdly skates the line between those things. She’s not in the worst situation she could be in, but she’s also not in like Portland, with tattoos, owning her body so she can get through college.”

It seems to be that we’re supposed to feel bad for Vivian because of the very nature of the work she is doing, but then again, the film decides to be so light that we can’t completely grasp what it’s trying to say.

Paralleled to Cinderella, we can agree that yeah, that character was in a shitty situation, but did we ever really think about how bad it was? We discussed the way each story grazes over this dark past. “So that child was like, a slave, and was locked in her room, didn’t seemingly get to eat anything? Like, she’s actually Cinderella because she plays among the cinders,” says Esposito. “As for Pretty Woman, as a child I thought it was glamorized, well, not glamorized, but that it deluded how scary that actually is.” She asks if I think both do that the same amount, but it’s hard to tell.

Another aspect that gets lost in translation is who exactly a film like Pretty Woman is supposed to be directed at. Sure, we shouldn’t have to categorize films via gender, but it’s Hollywood, and it happens, and it was the ’90s, so it definitely happened. But it’s unclear with this one. “You know, it’s supposedly a ‘chick flick,’ or whatever, because there’s romance,” says Esposito. “But I would also say for guys, it’s definitely giving them this permission to like, do whatever in regards to women.”

Had the perspective been honed in more tightly, perhaps we would be able to grasp just what this film thinks about its characters and the themes it dances around. On one hand, Vivian seems like a strong, feminist character, she and Kit saying who, when, and how much. On the other hand, it sends some not very feminist signals to a male audience. Esposito recognizes that as far as men go, it proposes that “whatever your behavior is, your presence in a woman’s life is what will make her feel valid.”

Pretty Woman simultaneously says a lot about gender roles and nothing at all! And who do we blame for this? Gary Marshall? Disney? Even that is unclear. But, it does attempt to level women and men when Vivian and Edward discuss their lines of work. They both detach, get in, and get out. It’s one of their more touching moments. “How interesting that a dude and a chick would be talking about work on like an equal playing field,” says Esposito. “Obviously, he’s also hiring her, but I just mean like, the way this is positioned in history, where women are going back to work, and the generation of kids that are watching this and the generation of parents that are watching this are a lot more working moms, so it is fascinating to think about.”

Besides being a Cinderella story, Pretty Woman is also a Pygmalion adaptation, which is where the original extreme makeover concept comes from. To be honest, both of those stories are pretty cringe-worthy in their own right. The fact that they are still the basis for films even 25 years ago is a bit perplexing.

Cinderella and Pretty Woman do it a little differently, but it’s always there. Esposito laughs, “I love in any movie the before scenes where they’ve cast a beautiful actor and they’re trying to show you that only by having like a weird ponytail that she’s ugly. You can tell she’s ugly because her ponytail is so strange.” She talks about always dressing up as a child and wholly ignoring the made-over Vivian, though, which was true of many women at the time it was released. “It came out in the ’90s, so I was like nine, and I watched it then, and my mom had this pair of like, knee-high suede boots because that was very fashionable at the time, and I remember wearing them around the house. Because I was like, ‘I am Vivian in the before scenes!’”

It all goes back to Cinderella getting the new dress, carriage, and glass slippers. But since we seem to be stuck with different versions of this fairy tail complex, why not change it up a bit? Why must it always be a heteronormative dreamscape of an attractive man and woman of the same race? We ponder this concept, and Esposito offers, “I think this story would be really interesting between two men. I would love to see that. I think between two women, it would be really unbelievable because we still don’t think that women make enough money for there to be a ‘Prince’ who’s a woman. I think we would have a very hard time believing it in a movie.”

At this point, it might seem that Cameron Esposito and I hate this movie. We really don’t. When it comes time to watch it again and celebrate its 25 years of cinematic relevance, it’s also important to recognize the moments that it truly acts as a feminist victory lap. “There is a huge positive message to this movie,” she points out, “that is related a little bit to her profession, but more just about her history. And that is like, she is very much not a virgin.” Esposito and I discuss that it is a very good thing that the film allows a man to fall for a women with obvious sexual experience, rather than romanticizing “purity.” She is not shamed for her sexuality, and as Esposito puts it, finally “a woman that’s had sex a bunch of times gets to win.” You don’t know what this movie thinks about sex work, but you know what it thinks about her sexual history, and it’s accepting of it.

And we can’t forget that though Edward helps her out of a tough position (as the Cinderella story goes), she saves him as well. Vivian changes Edward for the better, which exemplifies her strength as a female force of power. 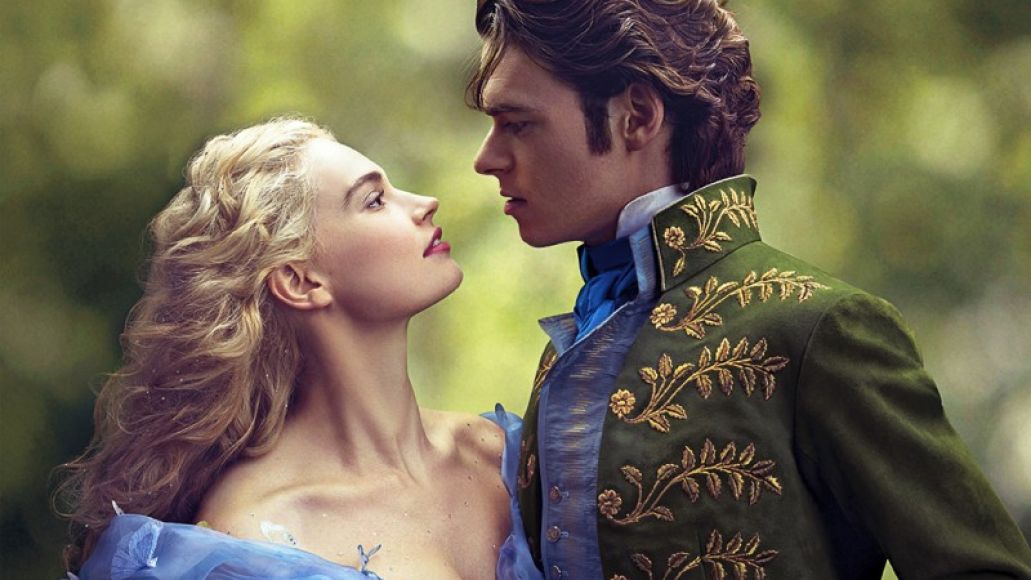 But when all is said and done, the question still remains. Why do we as an audience keep coming back to this story line? We’re obviously still connected to this theme, Eposito suggesting that Fifty Shades of Grey could be considered a mere update and reconstruction of Pretty Woman, which is really just an interpretation of Cinderella. I know, I know, there’s history. But do women truly want to be saved, or do Hollywood men of power just really want be their savior?

Esposito offers this final idea: “Life is really fucking hard, but if we can watch the movies that affirm what we have been told by other movies, or by books, or by our parents, or by cultural norms, I think it takes the pressure off us for a second.”