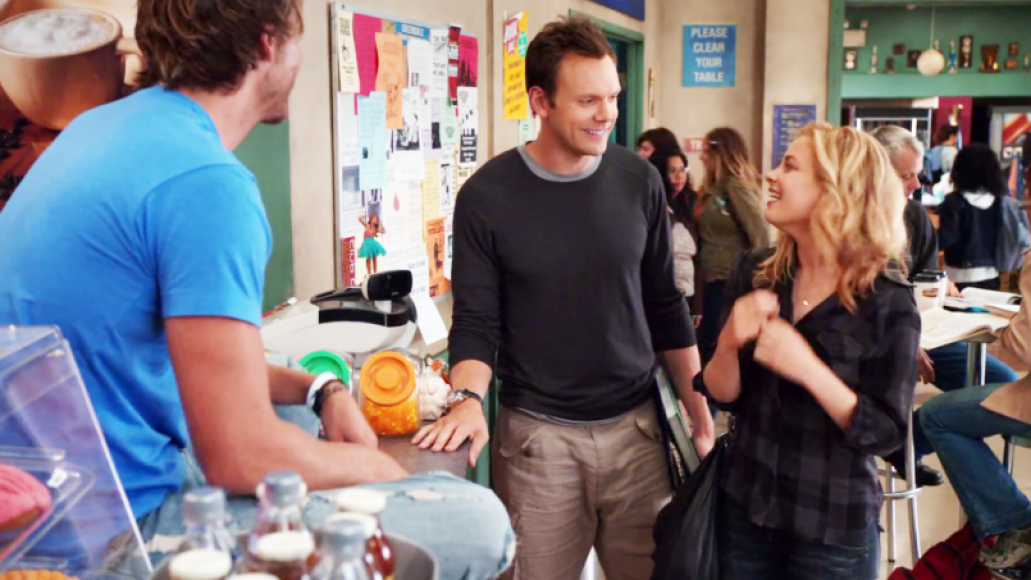 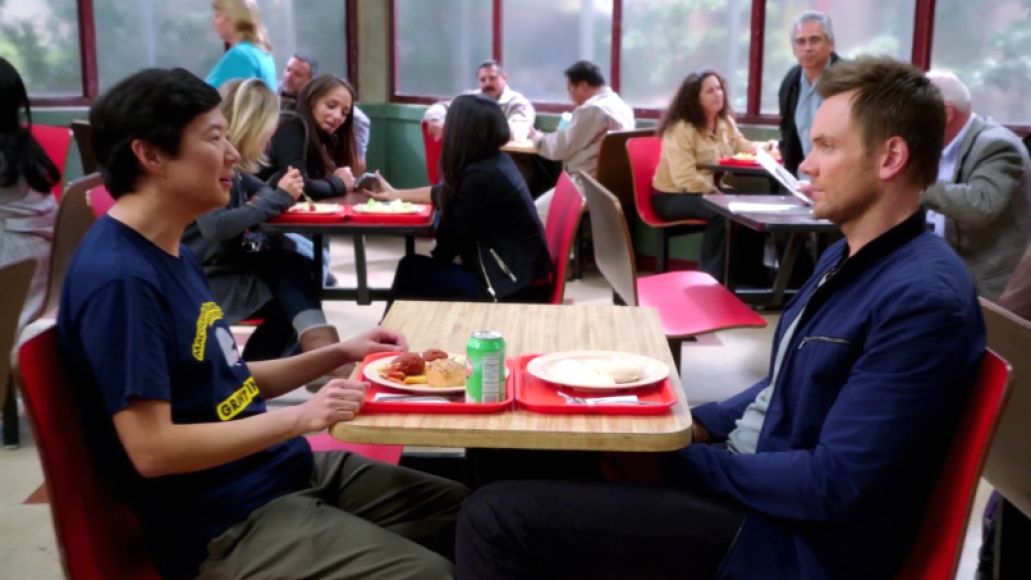 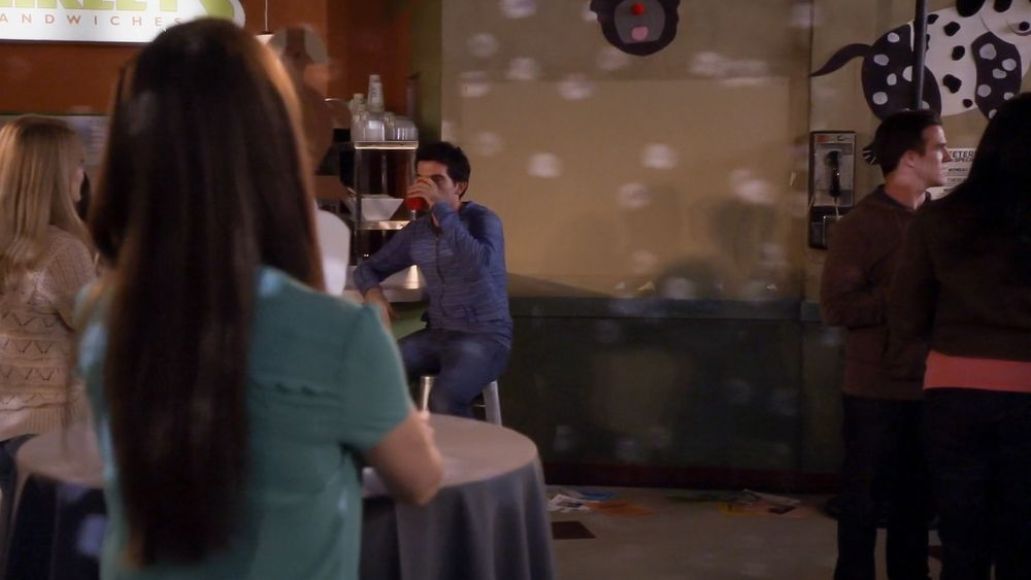 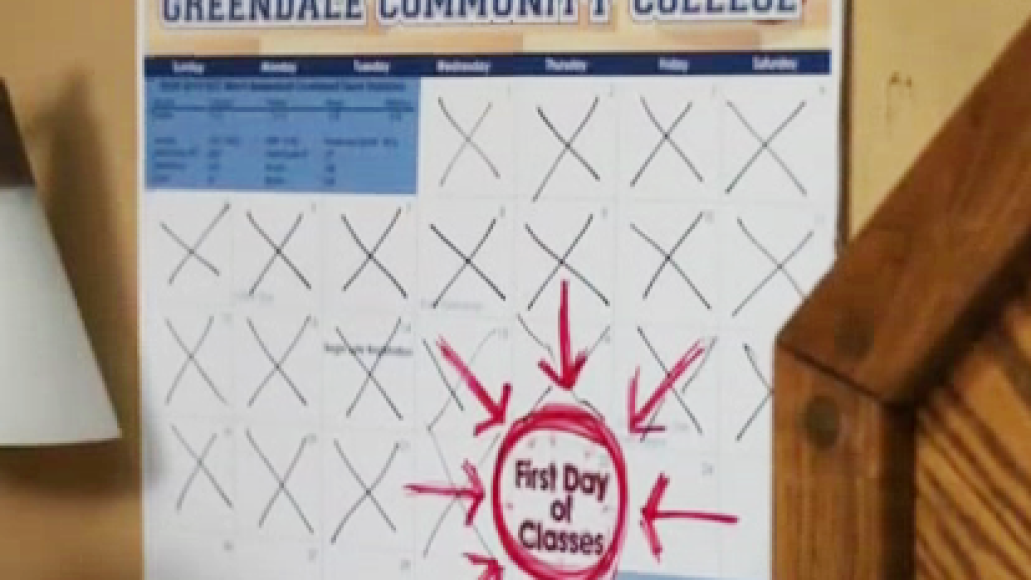 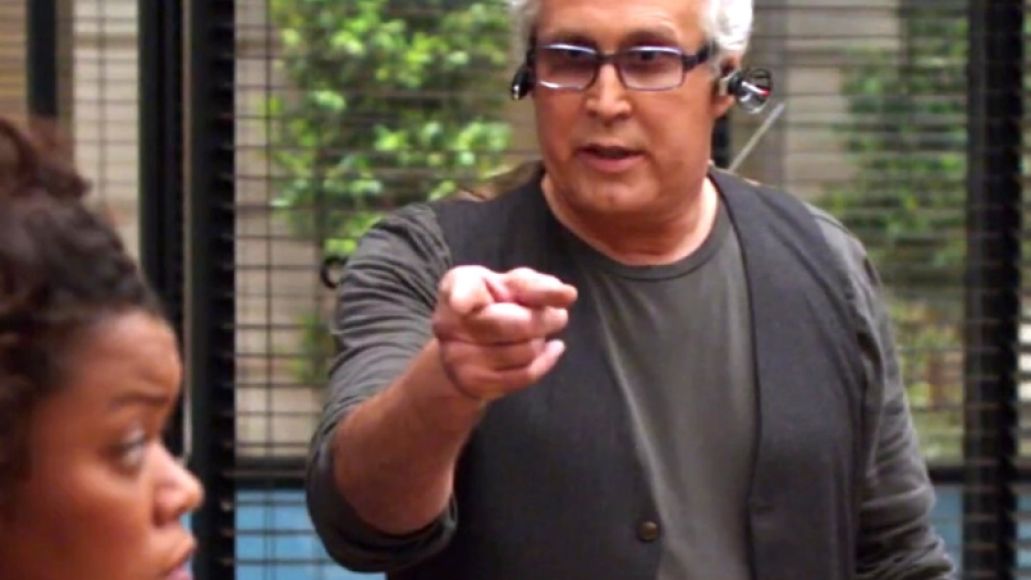 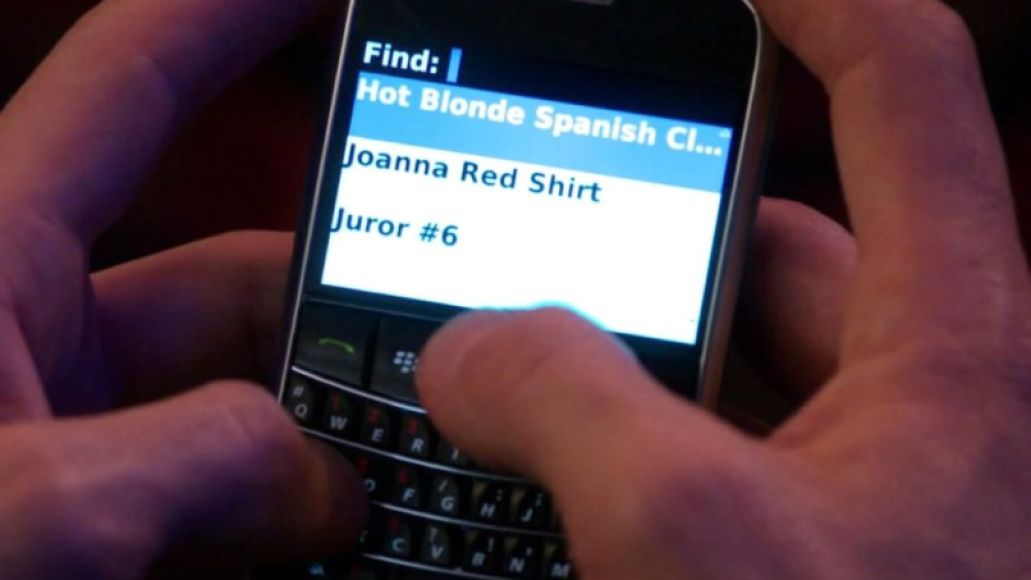 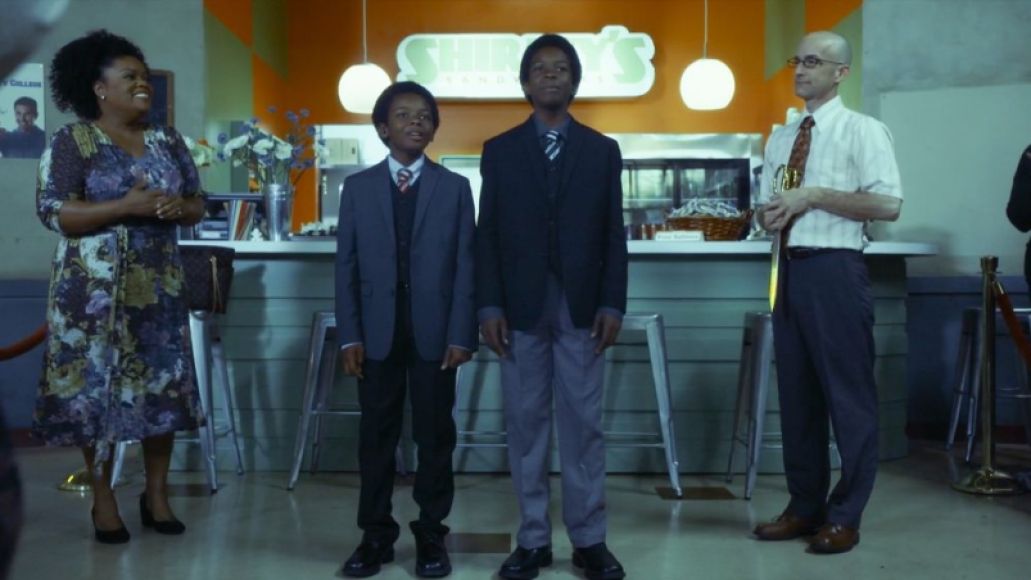 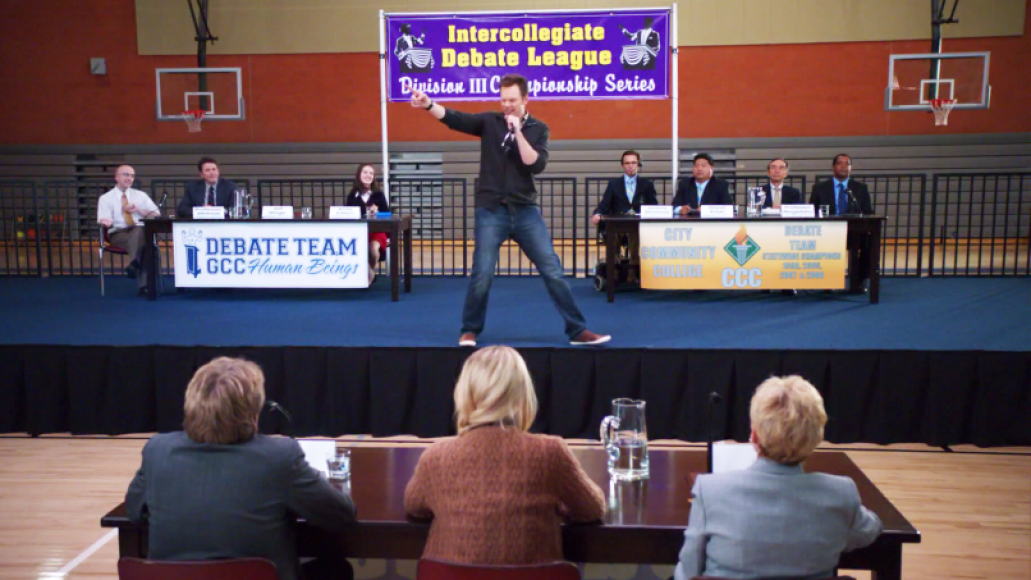 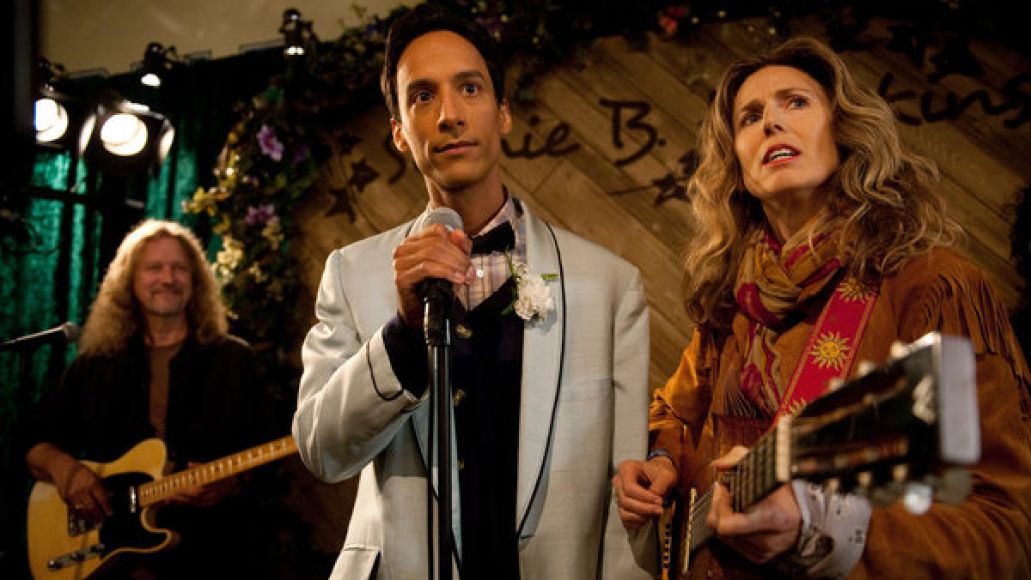 This brief rap snippet — “I’m as high as hell/ And you’re about to get shot!” — is the very first sound of the pilot. It also becomes the ending song for Leonard’s incredible YouTube video reviews of Eugenio’s frozen pizza and Let’s chips.

Chang dreams of being in the study group despite being abandoned for the majority of Pop and Locktoberfest.

“Ants Marching” by Dave Matthews Band (real fans call him Dave) appears multiple times throughout the show, usually in celebratory moments like when Greendale escapes a buyout from Subway.

I just wanted a picture! You can’t disappoint a picture!

In a brilliant parody of David Fincher’s grim style, “Basic Intergluteal Numismatics” introduced one of the greatest mysteries in Community lore: Who is the insidious Ass Crack Bandit? Ben Folds wrote and performed the song and had a cameo as the red herring botany professor. (Ruby Amanfu handles the backing vocals.) Fun fact: Childish Gambino name-drops Folds on “Sweatpants”.

The study group will do whatever it takes to get to regionals.

Mr. Rad is just too gleeful to not be a psychopath.

41. “Teach Me How to Understand Christmas”

In Troy’s heartrending departure from the show, he follows the instructions of Pierce’s will to sail around the world on his boat (the aptly named Childish Tycoon) while Styx plays in the background. 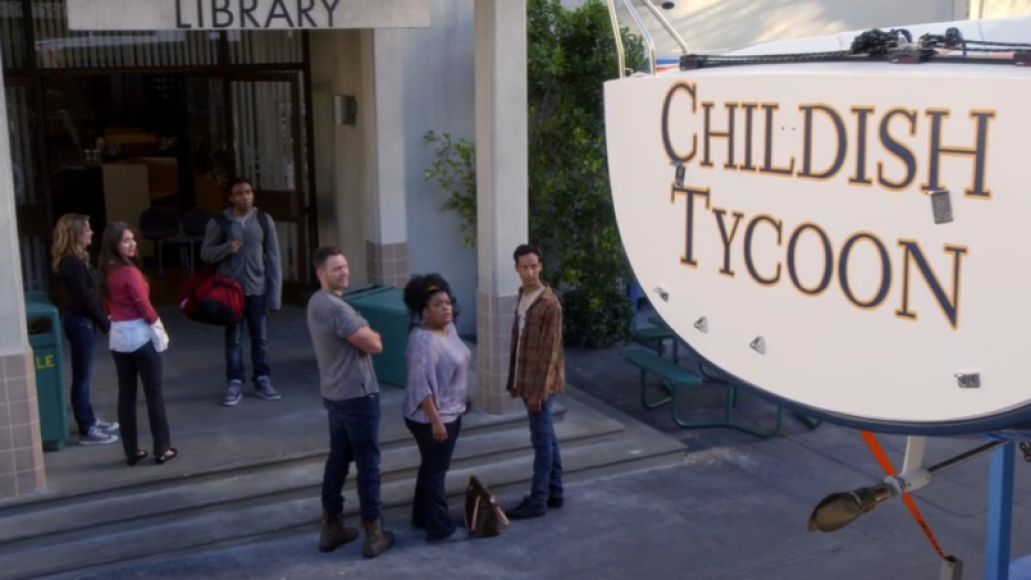 Before El Tigre Chino humiliates Pierce and Troy by making them wear colorful pantsuits, he shows off his incredible moves at the Valentine’s Day dance.

Has anyone else noticed Professor Duncan hasn’t been around for a long time?

In the action-packed first paintball episode (“Modern Warfare”, directed by Fast & Furious’ Justin Lin), Dean Pelton enlists Chang to win the game. With only Britta and Jeff remaining, Chang struts into the study room like a gangster straight out of Infernal Affairs while this traditional Chinese poem plays in the background.

Bask in the glory days of Troy, Abed, and Jeff’s incredible dance moves.

Wait, why is the dean wistfully gazing into the study room while his thoughts are narrated in a French song about Microsoft Excel?

Let the soothing sounds of Shirley’s voice (and her nondenominational, PC message) discourage you from premarital sex, drug use, and other decidedly un-Christian activities.

Like all great mob movies, “Contemporary American Poultry” features a montage showing the dirty side of business, set to Elmore James’ “Shake Your Money Maker”.

Britta’s goofy dance when the pizza arrives is the true embodiment of dignity.

31. Other Songs from “Abed’s Uncontrollable Christmas”

Leave it to the stop-motion episode to have things get real. Abed criticizes and eliminates various study group members from his imaginary world throughout the episode as he points out their flaws.