For fans of The Replacements, 2015 is shaping up to be a pretty damn good year. Last month, the reunited alt-rock icons announced the “Back By Unpopular Demand” tour, their first full-fledged jaunt in 24 years. Now, Rhino Records is gearing up to release a new ‘Mats box set dubbed The Complete Studio Albums 1981-1990 on April 14th.

Below, check out the corresponding press release, edited amusingly by The Replacements themselves! 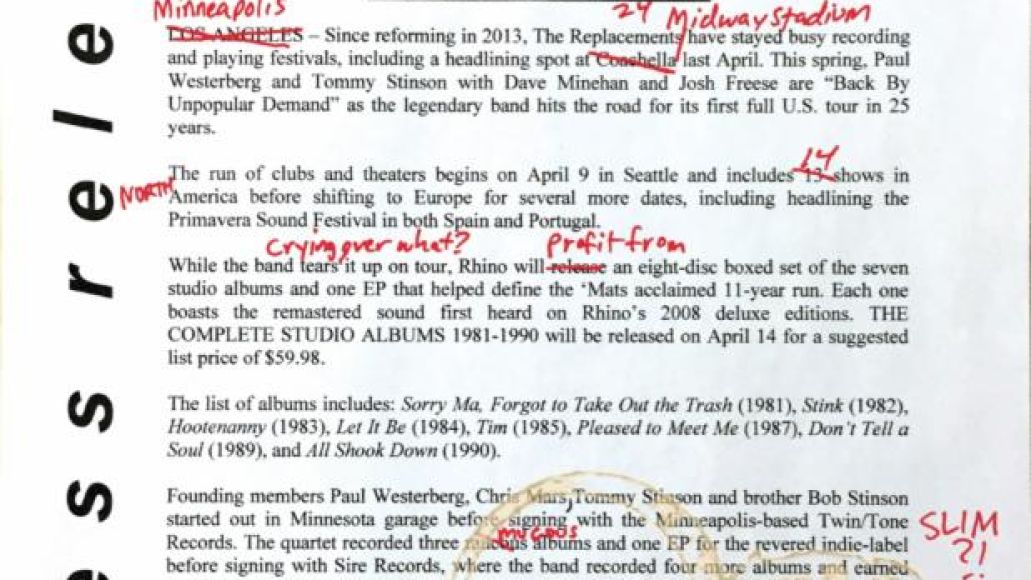