While many artists continue to slam music services like Spotify, Jay Z and Phish have taken the road less traveled and actually invested in streaming businesses of their own. And it looks like they just might have the right idea: According to a new report from the Recording Industry Association of America (RIAA), last year streaming services pulled in higher revenue numbers than CDs for the first time in history .

In 2014, streaming services raked in $1.87 billion, compared to CD sales which accounted for $1.85 billion. The achievement, though impressive, isn’t too shocking, however — as the report shows, streaming profits have been on the rise for some time now, growing a whopping 29% last year alone.

Although CDs are on the decline, physical formats as a whole still retain a larger share of the music industry’s overall revenue pool than streaming services (32% vs. 25%), as illustrated in the pie chart below. Part of the physical formats’ success might be attributed to the vinyl resurgence, which, for the first time since 1987, reached double-digit percentages and brought in a solid $315 million.

Digital downloads lead the whole pack, commanding 37% of the entire industry’s earnings. However, its falling numbers suggest that it won’t be long before Pandora and the like are able to catch up. 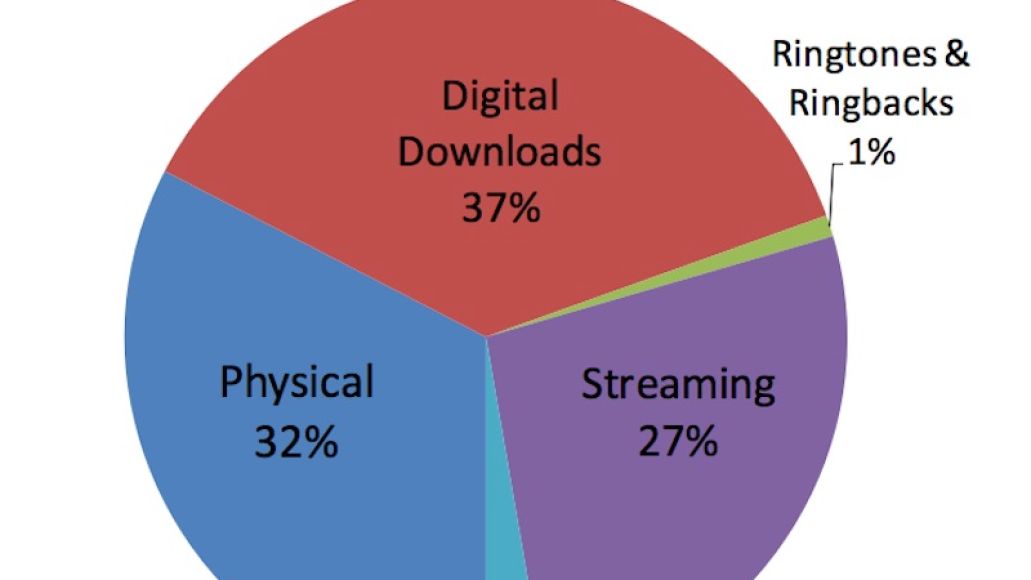 Lil Reese Hospitalized After Being Shot in Chicago: Report