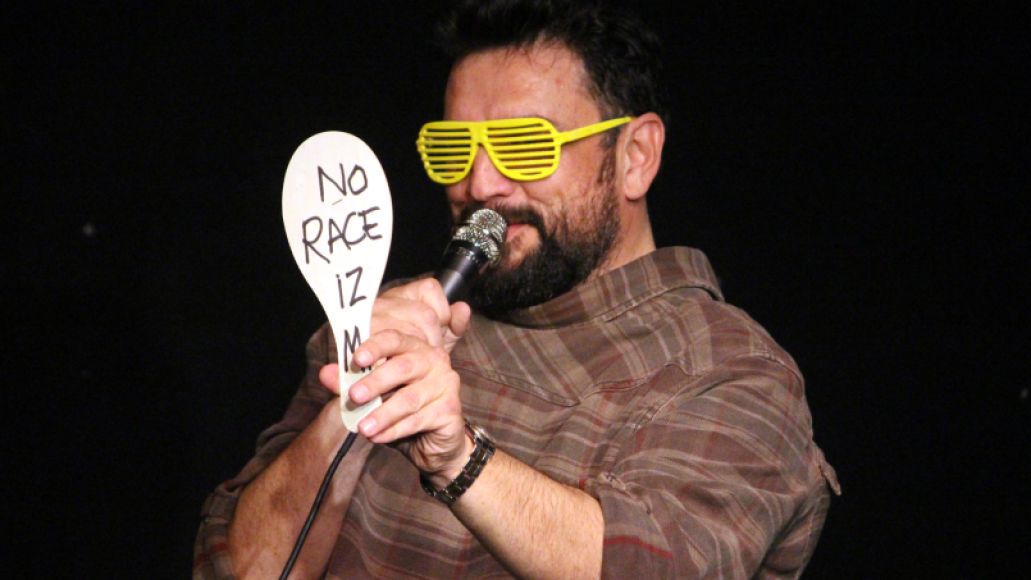 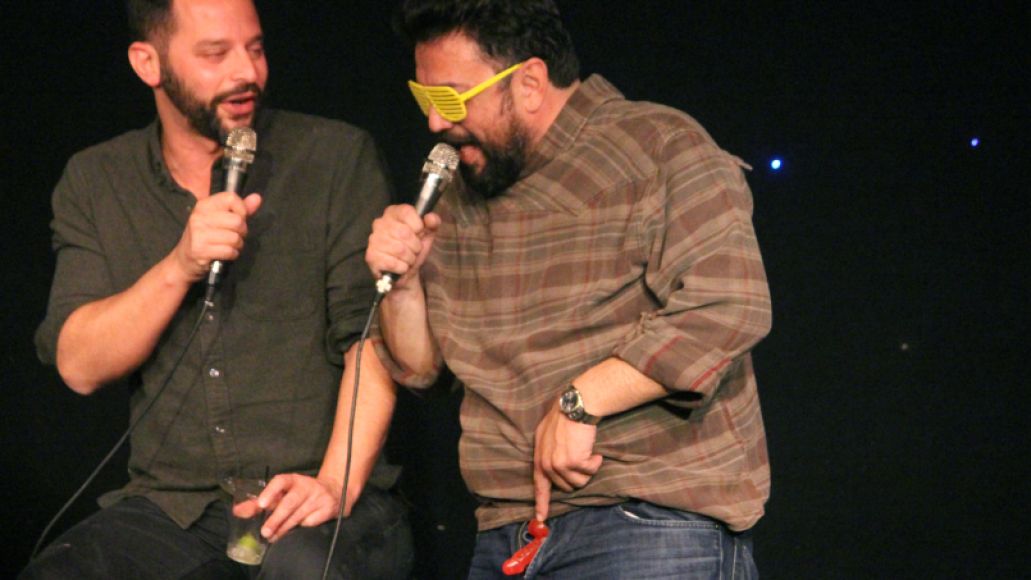 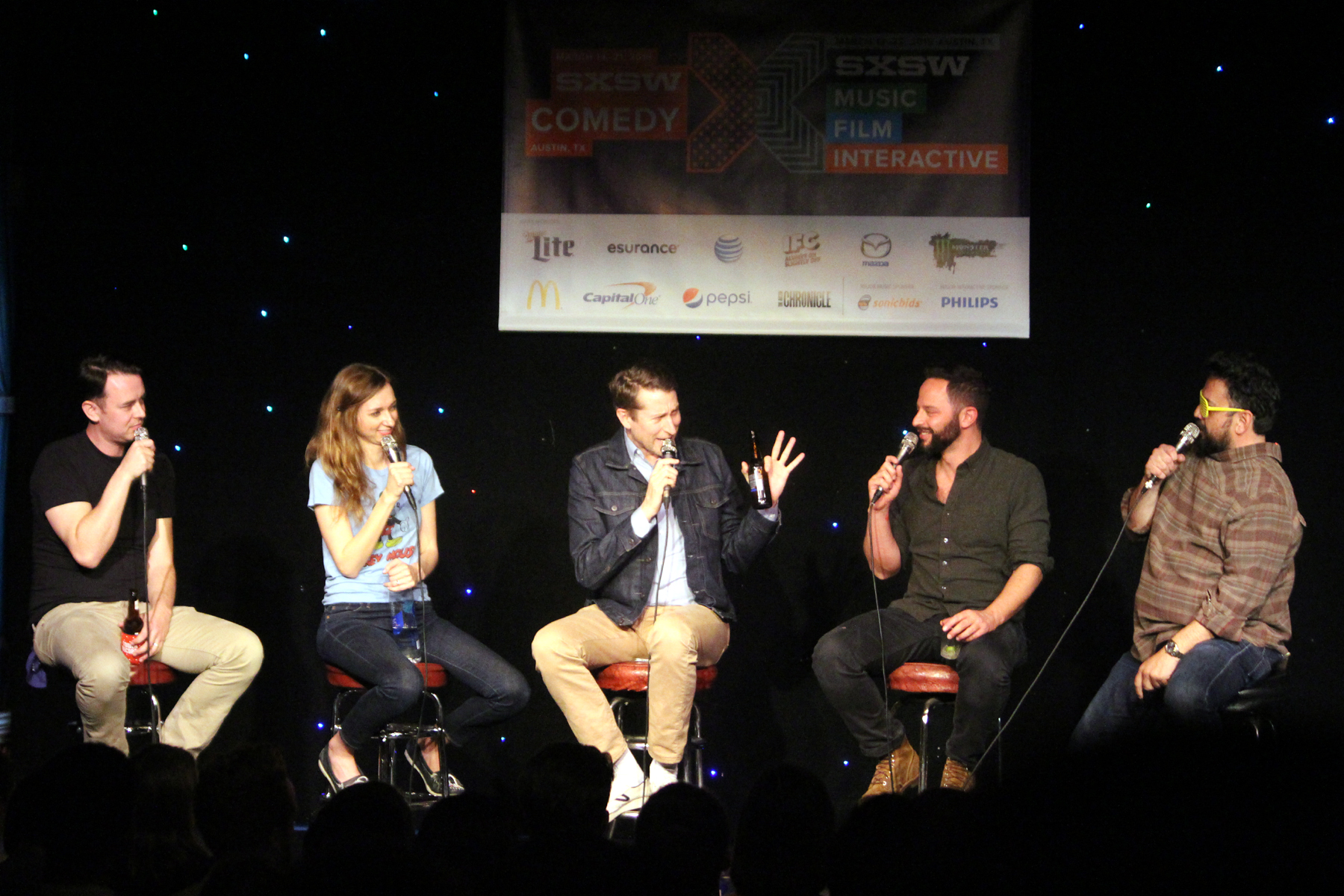 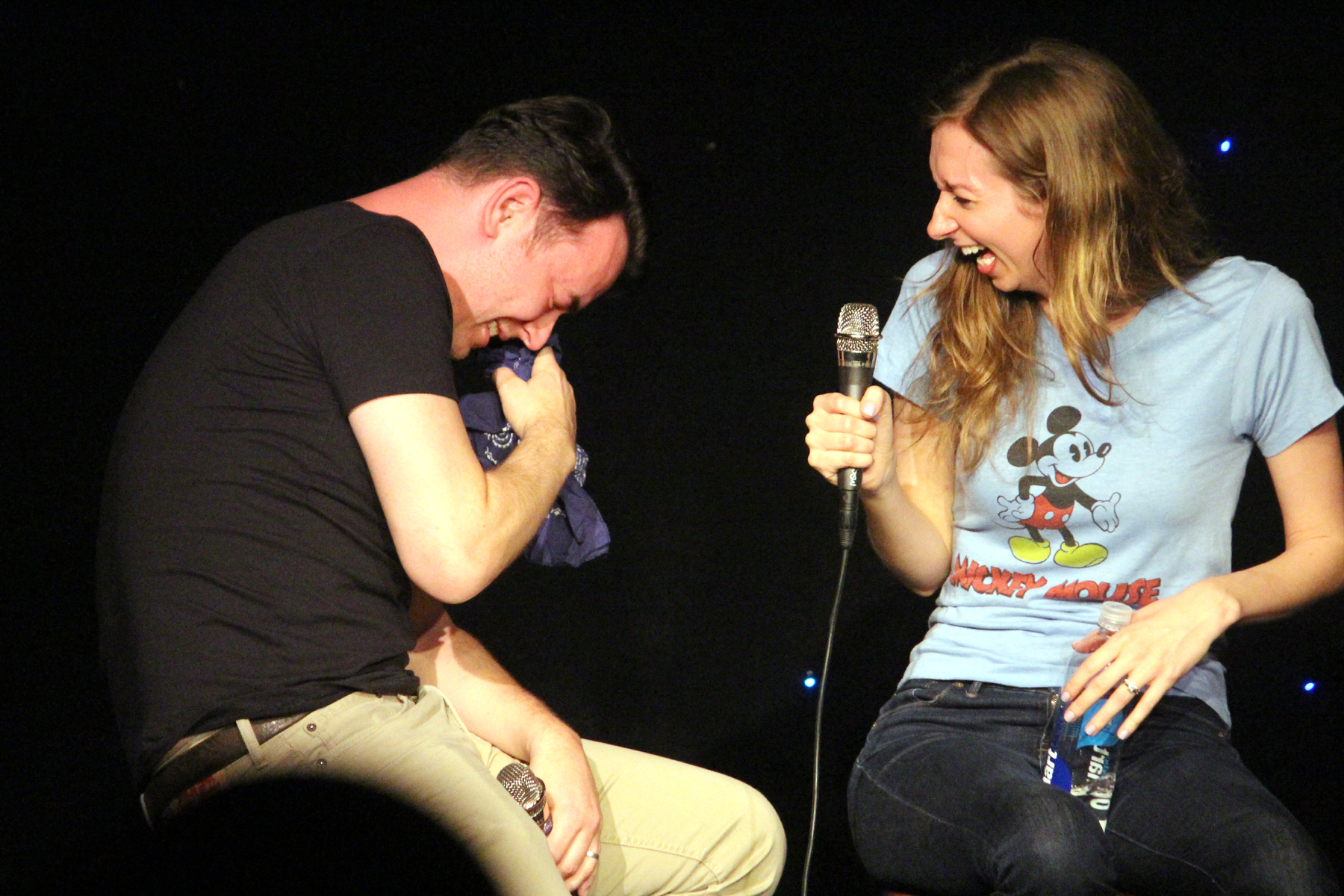 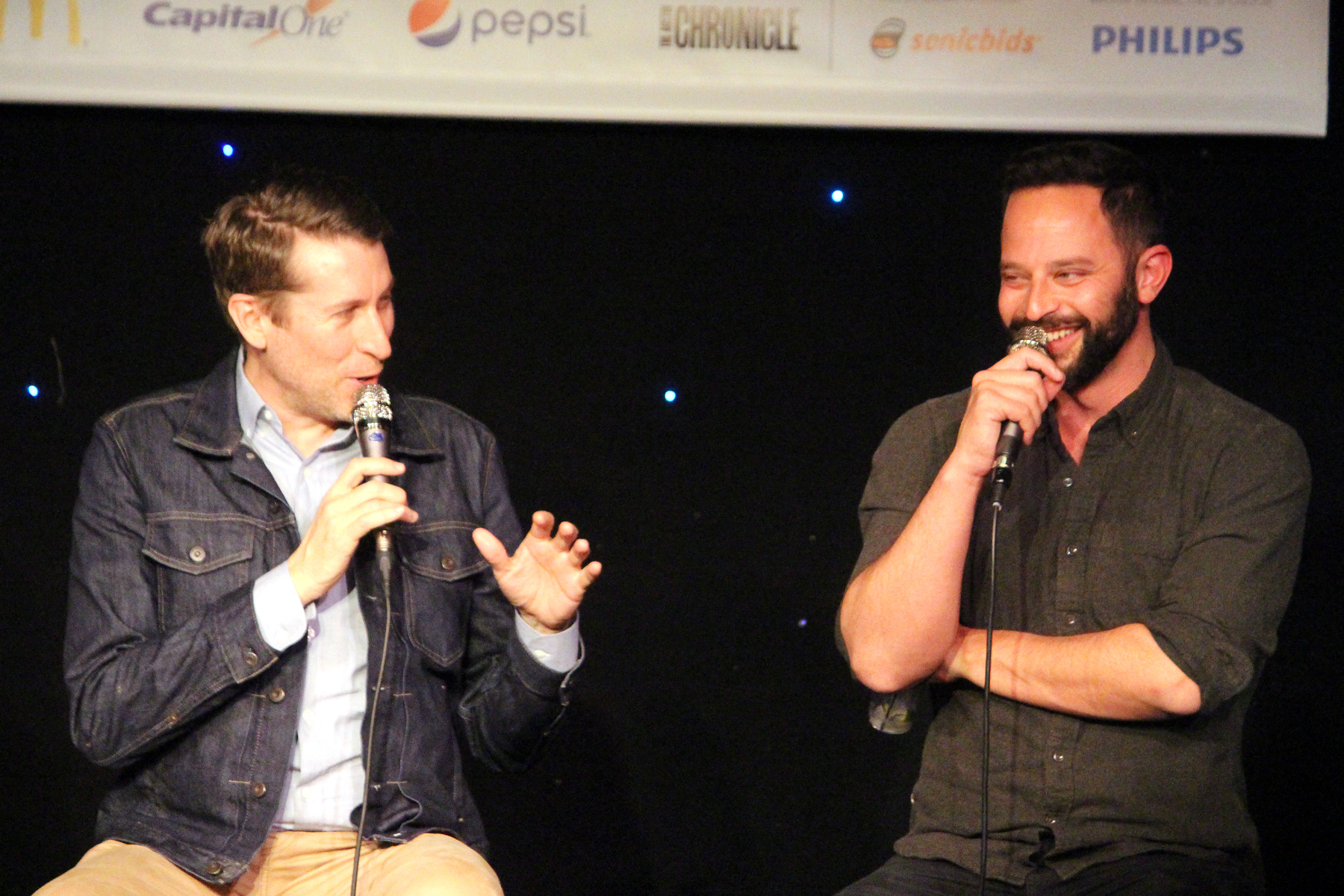 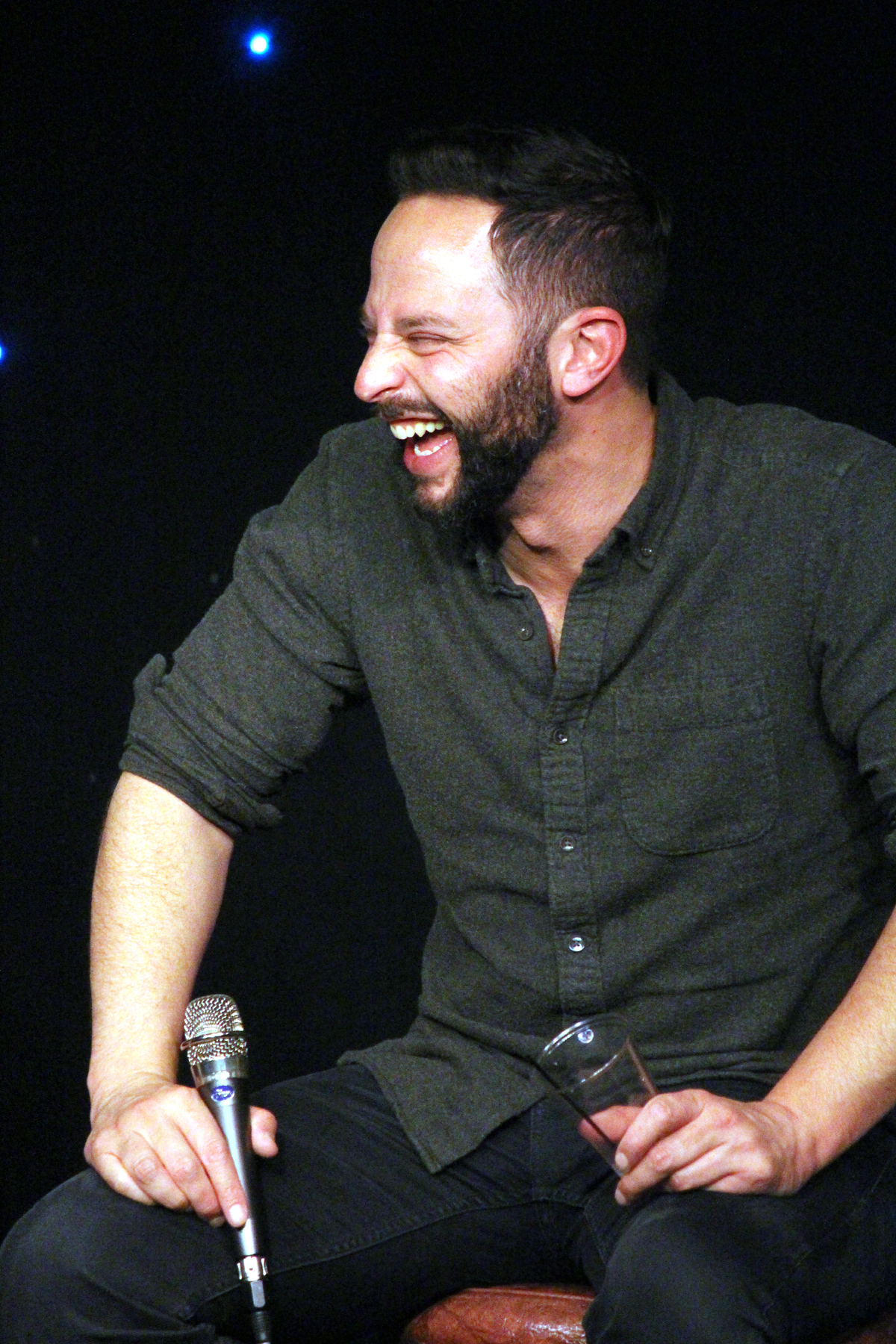 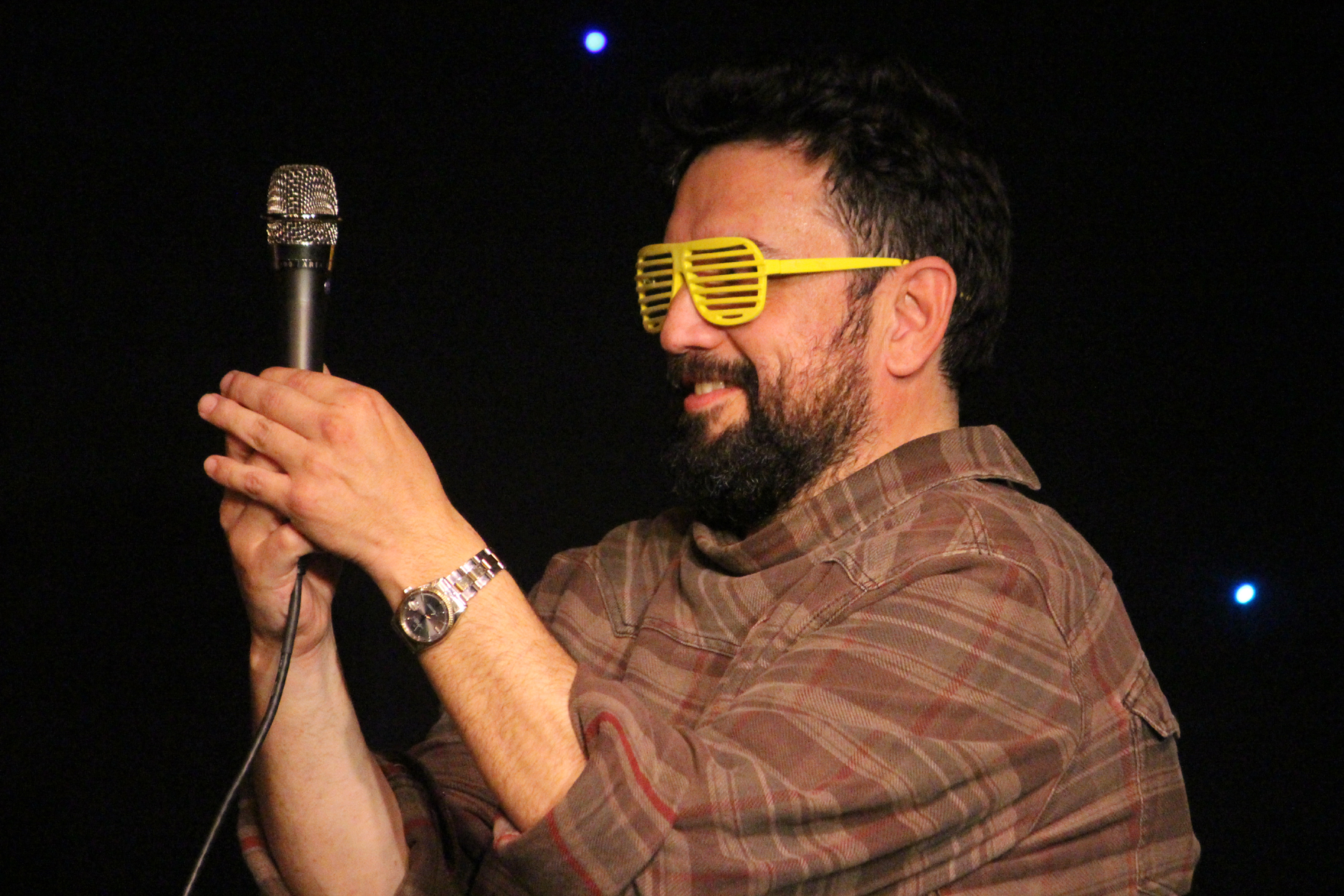 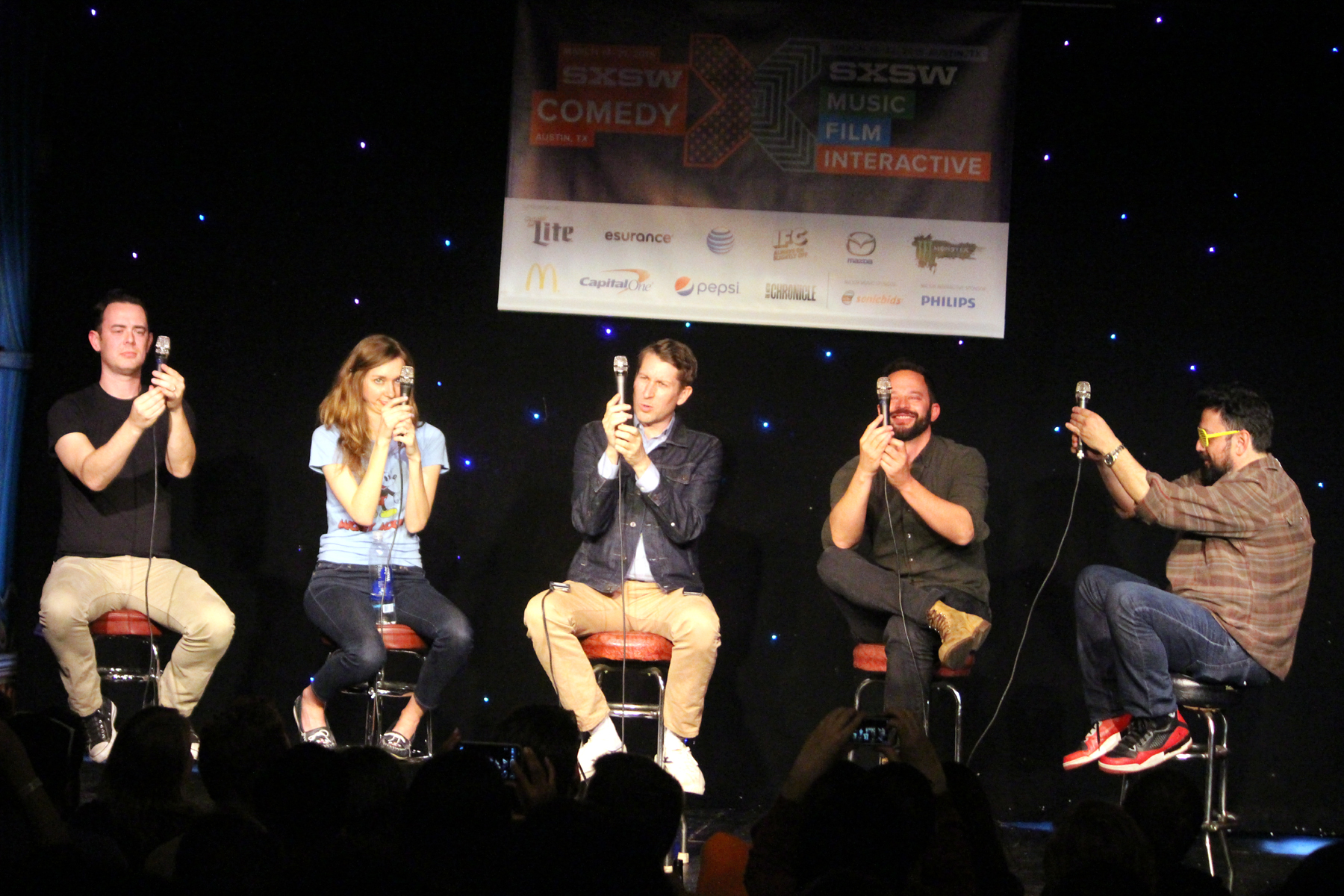 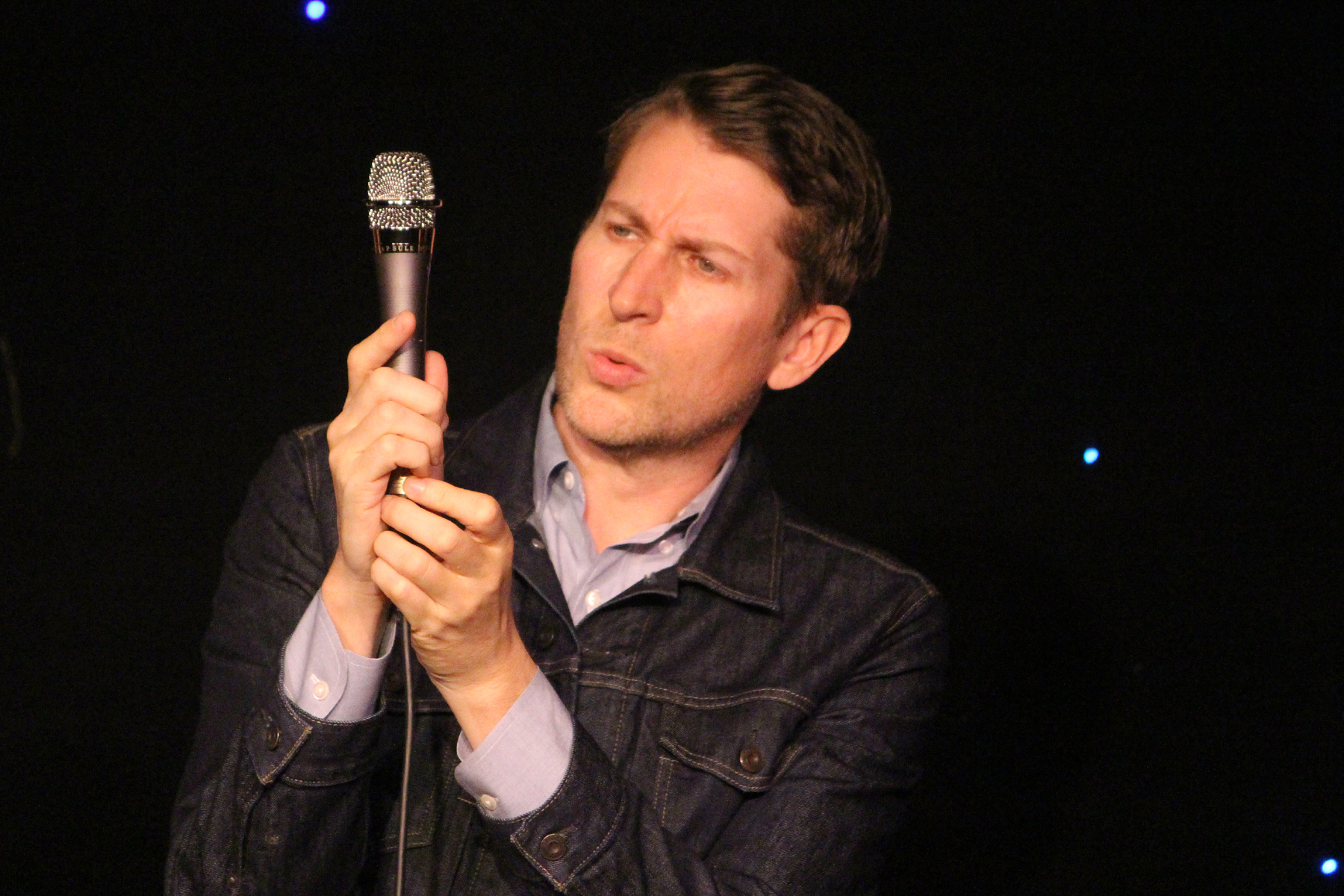 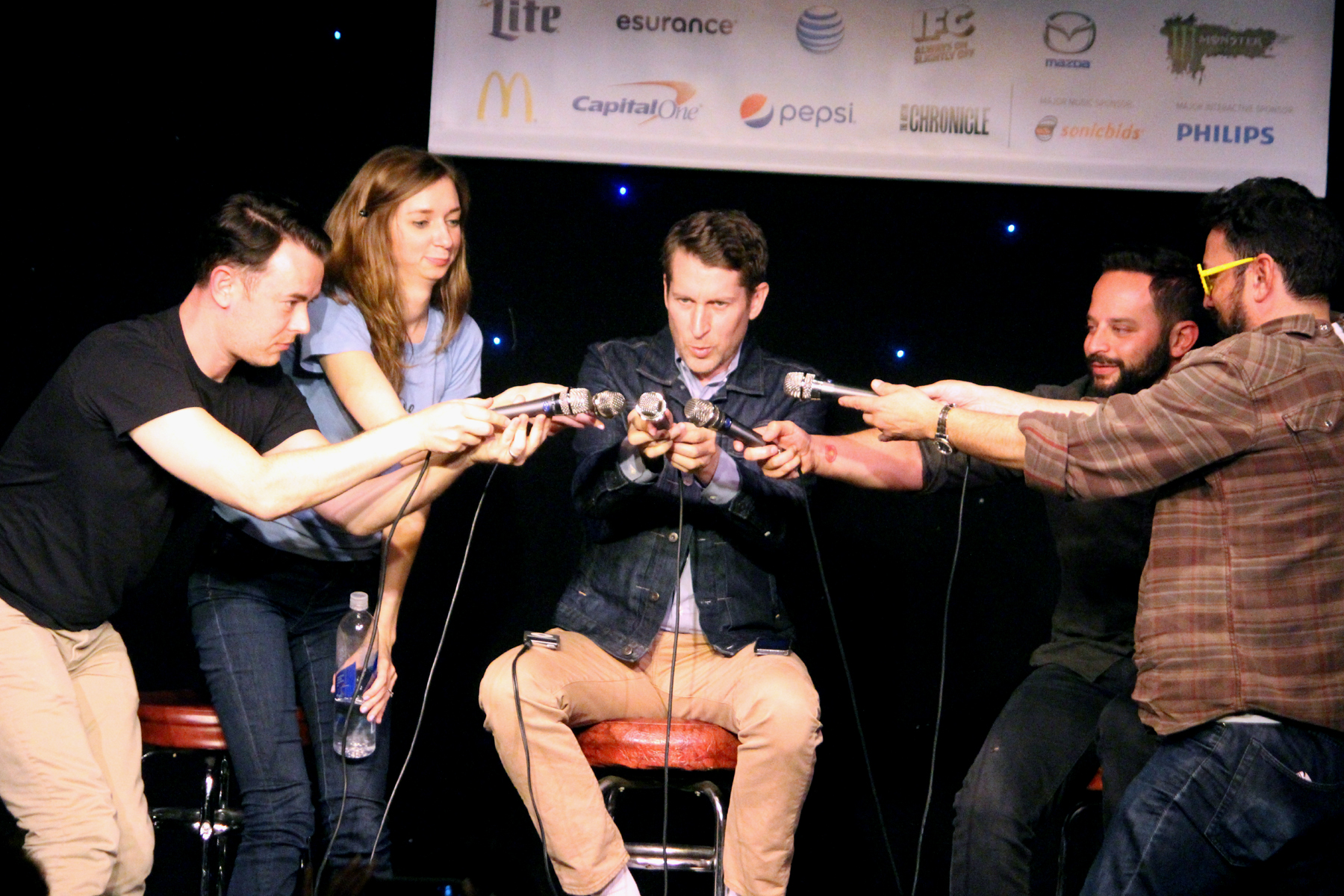 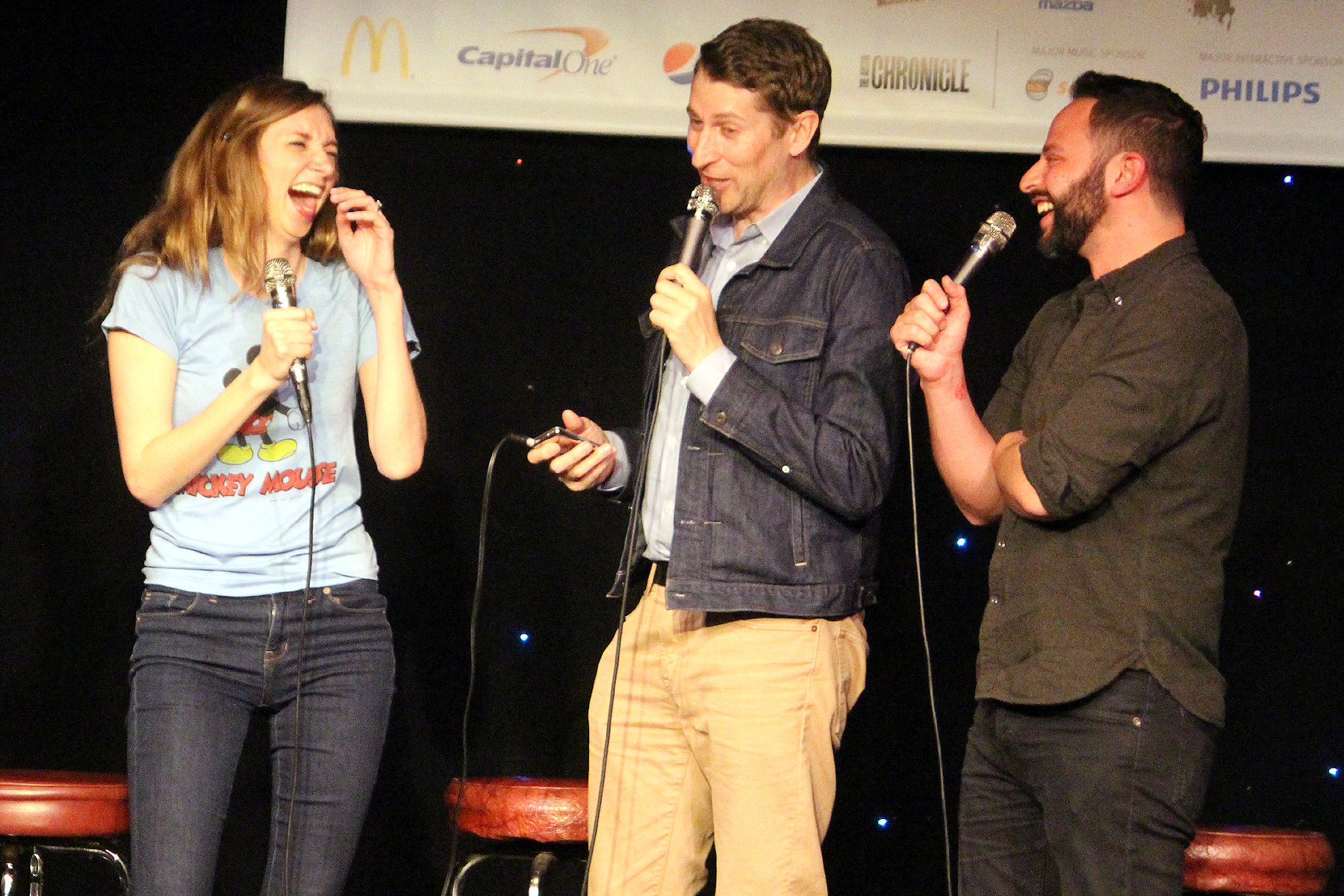 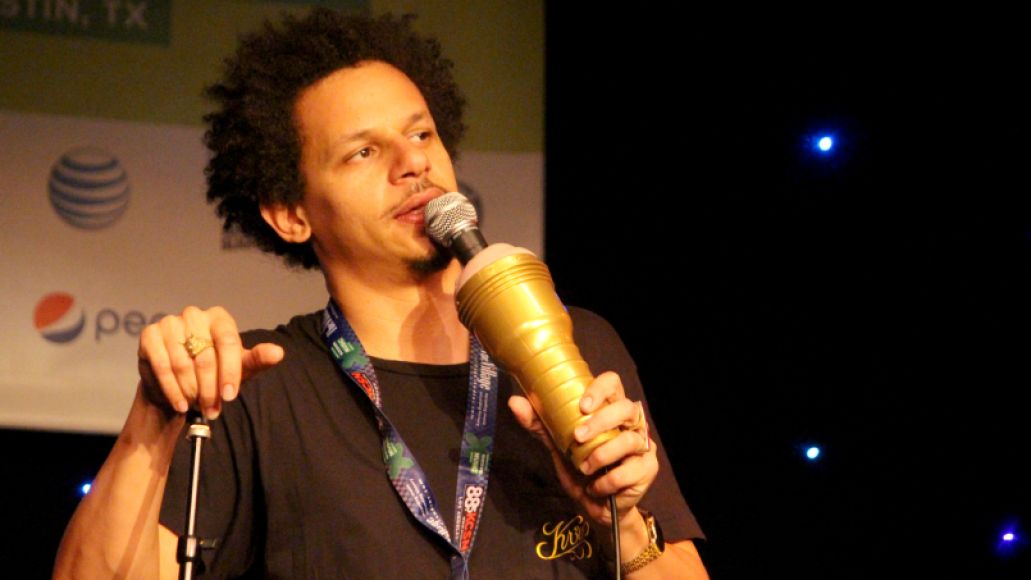 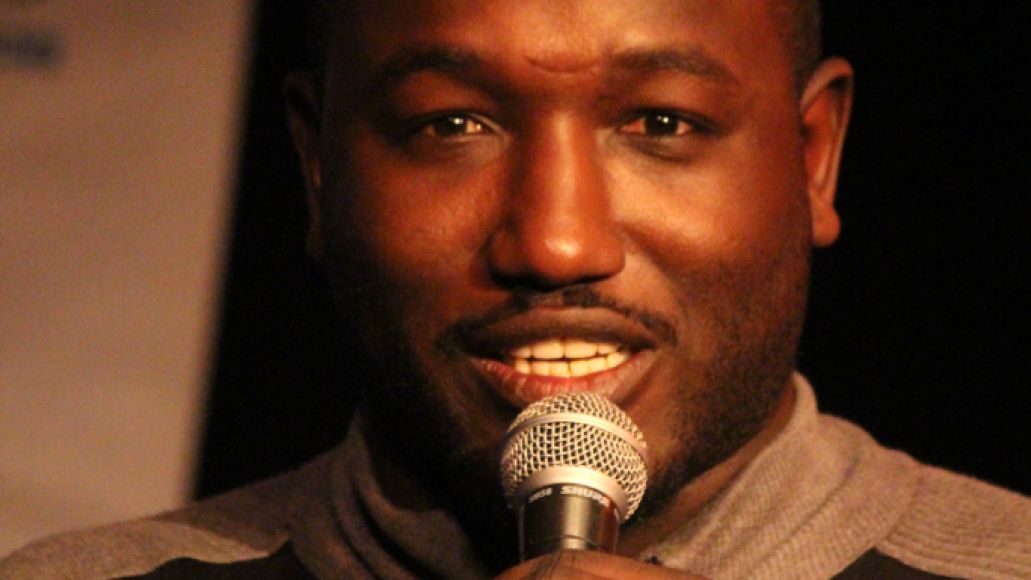 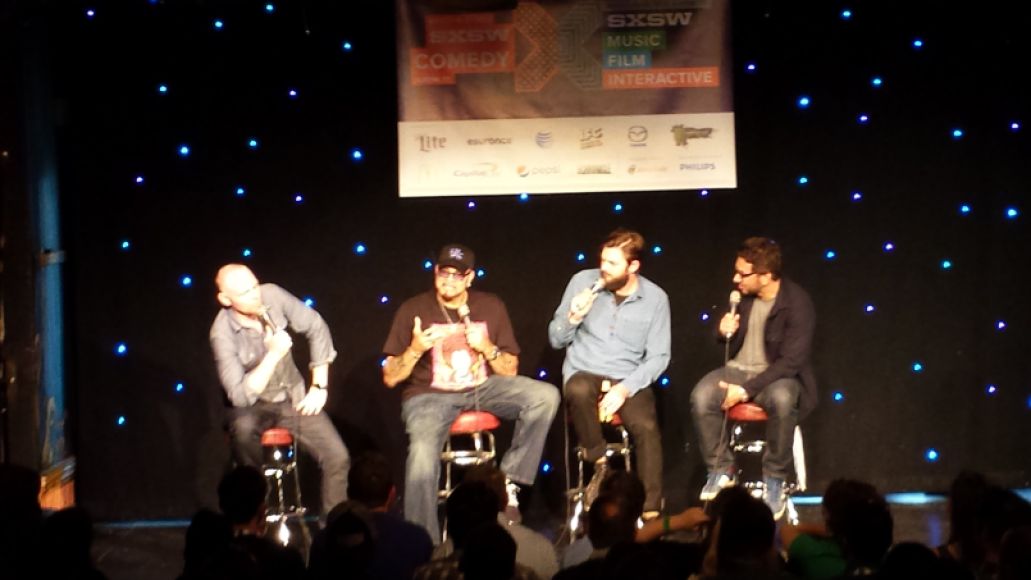 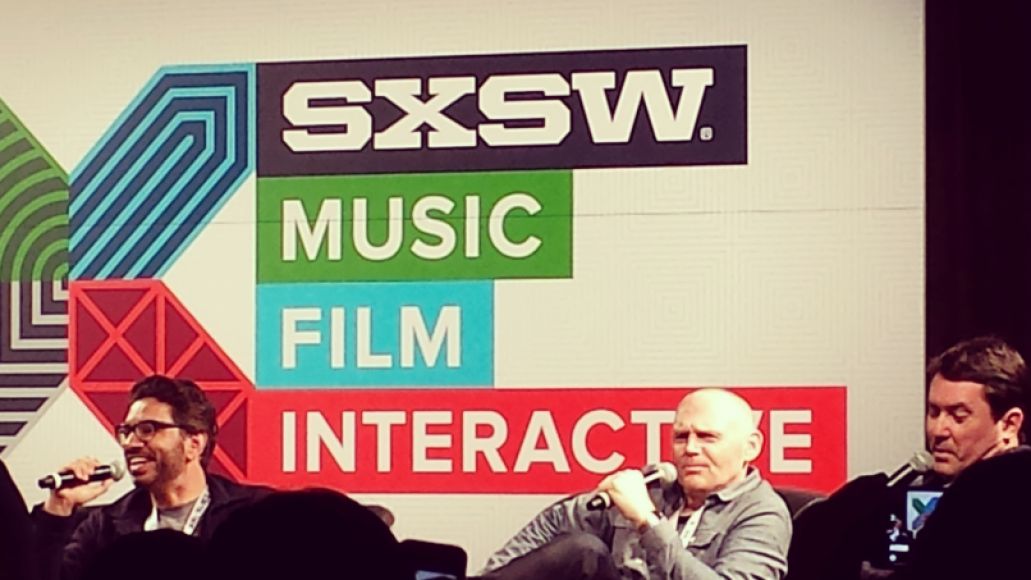 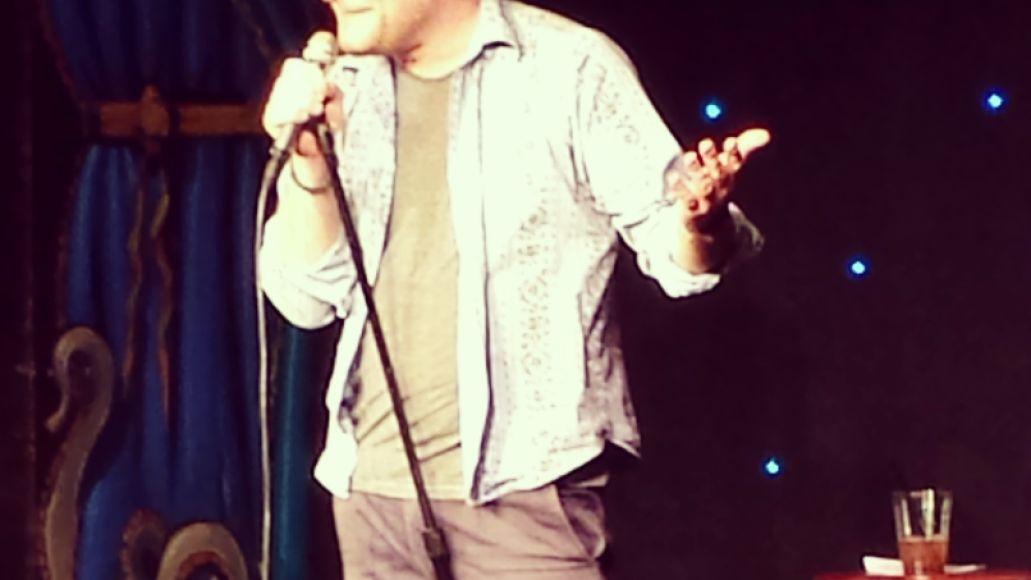 The official kickoff of SXSW Comedy started with a table read of the pilot script, “The Embassy”, co-authored by pals James Adomian and Scott Aukerman. It was a tale of international intrigue and secrets that centered on shifty whistle-blower Carston Vermouth’s website Lookylooks.com, based on firebrand journalist Julian Assange and his infamous Wikileaks. Aukerman provided the stage direction while panelists Colin Hanks, Lauren Lapkus, and Horatio Sanz lost themselves in a number of silly characters. But it was Adomian’s multitude of spot-on voice mimicry and private mirror gesticulation that stole the day.

“The Embassy” posited Vermouth seeking refuge and carnal fulfillment in the fictional land of Costa Verde, whose hornball Ambassadrice found Lapkus pulling on her inner Eva Perón as she strived to get our hero to reveal more than just his secrets. Adomian followed this character performance with another tour de force. He hosted his own curated stand-up comedy gathering – Adomian & Friends – later that evening, stunning the crowd with impersonations of Louis C.K., Paul Giamatti, and Kevin Spacey, plus an interesting montage of Ian McKellen and Patrick Stewart, who may in fact be the same person. 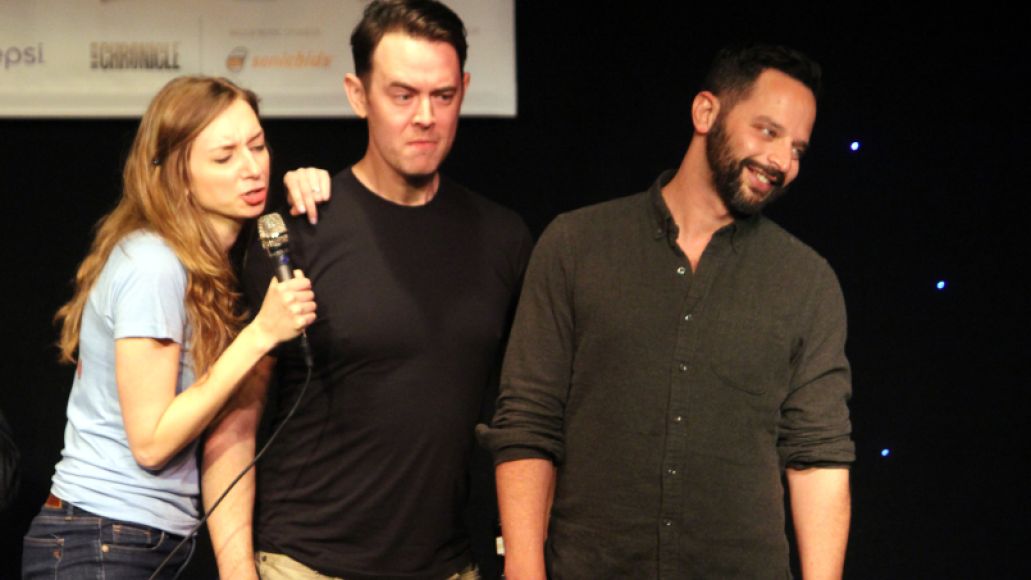 The all-star collection featured acts like Iliza Shlesinger, Nick Kroll, Ben Roy, Wyatt Cenac, along with a frenzied Todd Glass, who rose to the occasion by confronting a boisterous audience member who mistook his Interactive SXSW badge as a license to interrupt. Glass delivered an uncomfortable but deserved sort of justice. A giggling Adomian leaned in from offstage to witness this public execution before sneaking into the crowd to heckle Glass with his own version of “Todd Glass”. The real Glass – trembling with a manic excitement – embraced Adomian after the show, recognizing him as one of the greatest voice actors and original performers going today.