“If I could fly, you know I’d beat the shit out of some birds.”

There aren’t better lyrics to sum up Will Butler over the past 10 years. Those above are culled from “Take My Side”, the opening track to his debut solo album, Policy. It’s an album where “the holy fool runs afoul of the casual world,” a fitting, self-proclaimed description from such a personal slice of music. It’s also an album that tackles nihilism, ultraviolence, and the ability of the human spirit within the “tribes” we live in.

It’s been a wild decade of sonic experience for Butler and the Arcade Fire: from the neighborhoods of Funeral, to the biblical anthems in Neon Bible, to the nostalgic sounds of The Suburbs, to the technobabble of Reflektor. While director Spike Jonze showed us what the future might look like with Her, Butler and Owen Pallett let us know what it sounds like too with their cerebral score.

Although his past work has been quite collaborative, you can’t ignore Butler’s singular antics, abilities, and agility. After all, he won’t let you, which is what makes him such an entertaining subject. Recently, I had the opportunity to spend an afternoon on the phone with the singer-songwriter, and the two of us spoke about religion, ultraviolence, and his attempt to “throw rocks” at the 21st century.

Let’s open up the album. What’s “Take My Side” all about?

It’s kind of equally 19th century and 21st century. [Laughs] It has something in common with “Notes from the Underground” or something where you have a character who is really angry and kind of against something but knows he’s pathetic — but also is kind of right — but this character is also an asshole — but kind of amazing — it’s a complicated emotion of sorts. Definitely, this character has anger in there, though.

Sometimes we find ourselves surrounded by people who are bitter. Individuals who have tried and tried in their experiences and have failed again and again. They have suffered in large amounts. Is this song about individuals wanting people to recognize their suffering, their persona, their specific morals and principles in some religious format?

Well yeah … I think that’s probably true. It’s almost dumber than that. [Laughs] I think it is that. I think if you wrote that down and took stock in that understanding … that would be a chunk of it.

I love that you use the word “dumb” for this protagonist’s mindset. The song’s bombastic chord progressions and overall structure show there’s something odd going on in his head. Yet what’s interesting about Policy is that we have the opportunity of following him and meeting all these different characters, as well — like “Anna”.

The tone of voice throughout this album is vaguely threatening, but I think the perspective in this song is ambivalence, though. This protagonist comes at Anna as if he wants to have a hard lesson or a hard angle … but he doesn’t really know what’s going on but still wants to be like, “Oh, I want to fix your life! But wait, you already did fix your life, maybe you’re going to stab me in the stomach and take over my empire…” But in reality, there is no empire.

Is Anna then a 21st century kid hip to how life works?

Well… Hmm… I don’t know. It’s kind of like the television show Girls.

That just made my day.

So, is this song then about a privileged youth?

The song references a feeling or a feel of the year 1989 to 1991. I wanted to reflect on one of my main touchstones, which was the earliest works of The Breeders, and I wanted to capture that sonically and … capture that attitude.

I think that attitude is heard on “Son of God”, where we find the protagonist begging to be nurtured, told what to do, and mothered.

Yeah, there’s this Hymn called, ”Come Thou Fount of Every Blessing”, and the song says: “Prone to wander, Lord, I feel it, Prone to leave the God I love; Here’s my heart, O take and seal it…” Which is, to say, “Oh I know I’m going to screw up! So take over. Do this for me” … it’s beautifully done. It’s also very weird to be like: ”I’m obviously going to fuck this up … you want to take a try?” This song lives in a Violent Femmes world.

I think this album has a little flirtation with who you are as an individual. You are a very bombastic character. There’s a lot we see from you on and off stage that really makes you peculiar. Is there something in the song “Son of God” that describes what you feel you are giving up on?

I’ve got a very good … a very mellow life. [Laughs.] In many ways, a lot of the emotions are completely absent from my conscious life. [Laughs] But I still feel like these feelings and emotions that we have are completely primal. I’ve been married for seven to eight years or so, but there’s still something really powerful and adolescent about our strongest emotions that I think make us adolescents. I don’t mean that in a condescending way, but that they are emotions that are declared “wrong” but are real. 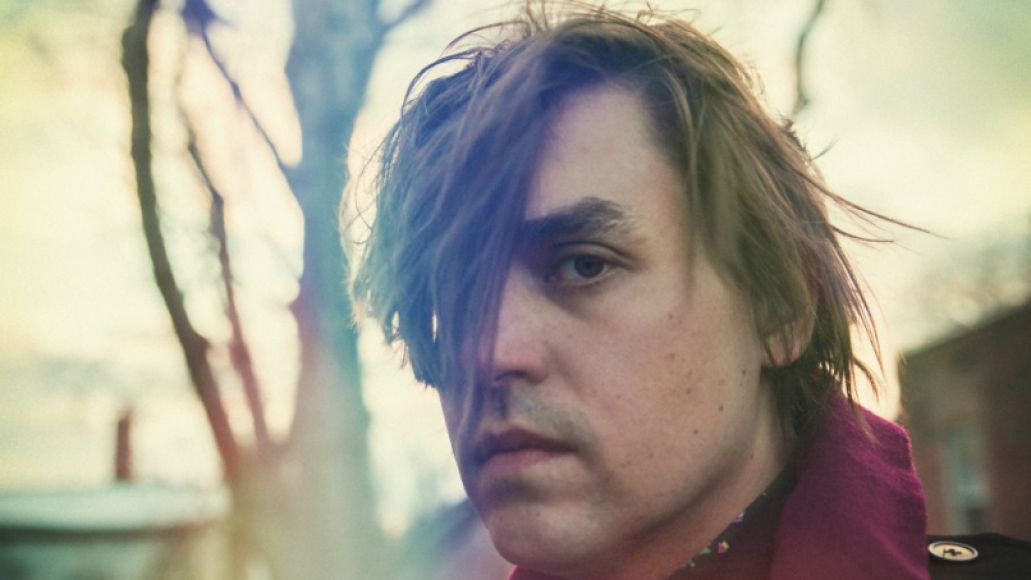 Those emotions — love, care, hate, angst, anger, frustration — are all things that come from a very powerful place because there is passion behind it.

Let’s talk about your next steps here. On your previous tour with Arcade Fire, supporting Reflektor, you gave audiences the ability of having a tangible experience with their favorite band. Not a consumer-based experience like showing up to a venue, grabbing drinks, and just watching a band. You influenced fans to essentially come out to a dance party in full makeup and attire. What are your plans for this album?

I think so, I kind of want to do it in a reactive way. Not in a reactive way where I want to read every YouTube comment … but since I’m starting fresh, this gives me a great opportunity to really communicate with people, see their faces, and communicate on a personal level. I’m trying to be as prepared as possible in this approach, but I want to really respond to the best situation for this album with what’s going on around me. I’m still going to be performing traditional rock shows, but I’m also playing Calvin College in Grand Rapids, Michigan, and doing a Religious/Religion Q&A after. That’s definitely a part of the programing.

The song “Something Coming” really crystalizes the relationship you had with James Murphy on Reflektor. I hear a lot of “Beat Connection” and “Give It Up”. This is ear candy for any listener to stumble into. Where did this song come from? It’s a far step away from what the album creates sonically.

The instrumental track is actually an outtake from a film by contemporary artist Marcel Dzama. It’s actually a disco track that was written originally for Kim Gordon of Sonic Youth to sing in the film Une danse des buffoons (a jester’s dance). Since it wasn’t used, I was like, “Shit we have to use this,” and we did. The film was very surreal: a man is birthed out of a cow’s chest. So, the song felt very appropriate for Policy. [Laughs.] Marcel’s work is so super violent but orderly. He’s from Winnipeg, Canada, which makes him this mild-mannered comedian who makes this art that is very violent and very disturbing but coming from almost a protocol place. His work feels very apropos. 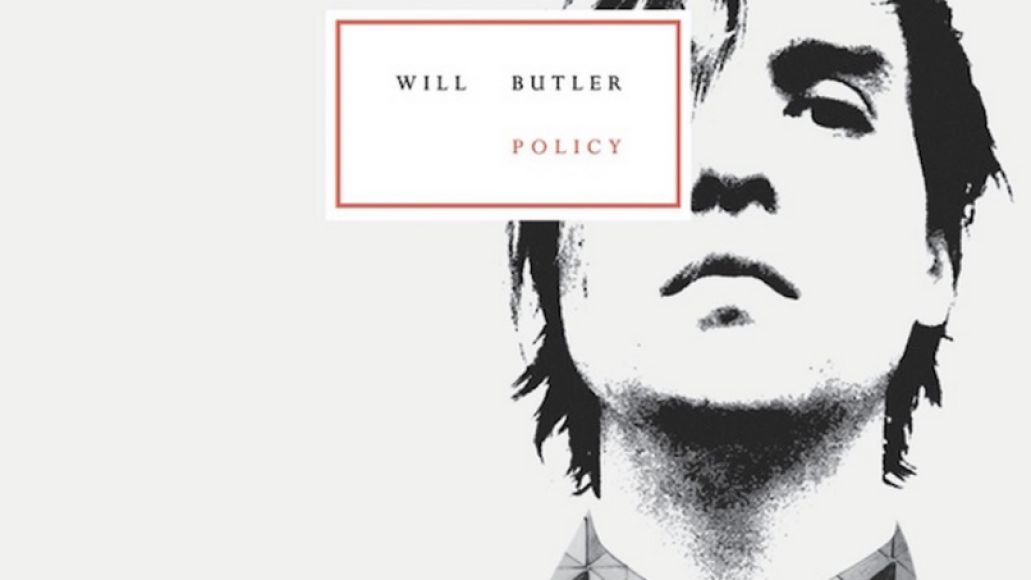 I want to talk to you about your relationship with violence.

You know, I think it’s mostly an investigation of sorts because it is such a powerful part of who we are. I think ultraviolence is not an incorrect term. Phillip, there is definitely an element of ultraviolence on this album — a “Singin’ in the Rain”, A Clockwork Orange-type of adolescent fantasy/mentality. It’s both very beautiful and powerful. It’s Beethoven. It’s ultraviolence. But, it’s also kind of just what a 17-year-old boy can be for this brief moment in their life … and then it’s gone almost immediately.

What do you think takes it away?

Do you think it’s violence that keeps us alive? 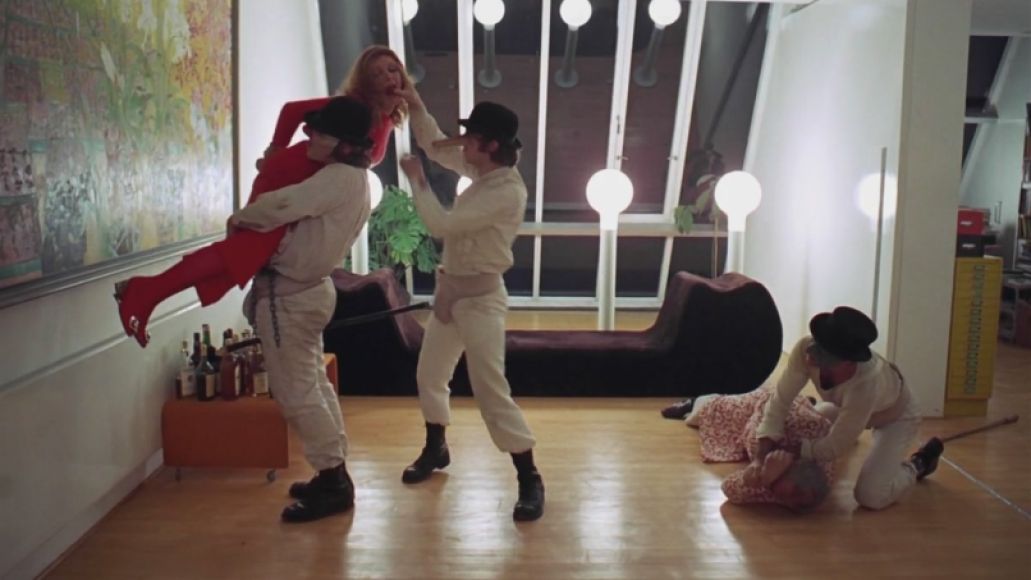 I mean violence in the sense of challenge —- the ways we have successes and challenges in life, a chemical combustion, if you will. If we lose violence, do we then lose life?

[Laughs.] Okay … okay … I think it’s more … there are two schools of dictionaries right? There’s the prescriptive and the descriptive. There’s one being like, “This is what manilla orange should mean,” and then there’s one that’s like, “This is how people use this word.” [Laughs] There’s something that’s violent in that — you know? It’s fucking violent that something like that even exists — that we have to deal with it, that we even prescribe it. It’s terrible.

There’s a lot of terrible, terrible violence created because of that in this world. But … then there’s reality saying you have to deal with it because if not it’s going to be some failed Utopian plan somehow. You definitely can’t get rid of this violence, but the question is how to deal with it. It’s just knowing how to deal with it. Live with it and why not through the lens of an adolescent.

Let’s talk about the violence of social media.

With the buildup of nihilist and narcissist culture within social media — the obsession of people’s opinions as they are now “backed” by likes, followers, tweets, re-shares, etc. as if this is some measure of clout — are you trying to attack the ultraviolence of public opinion? 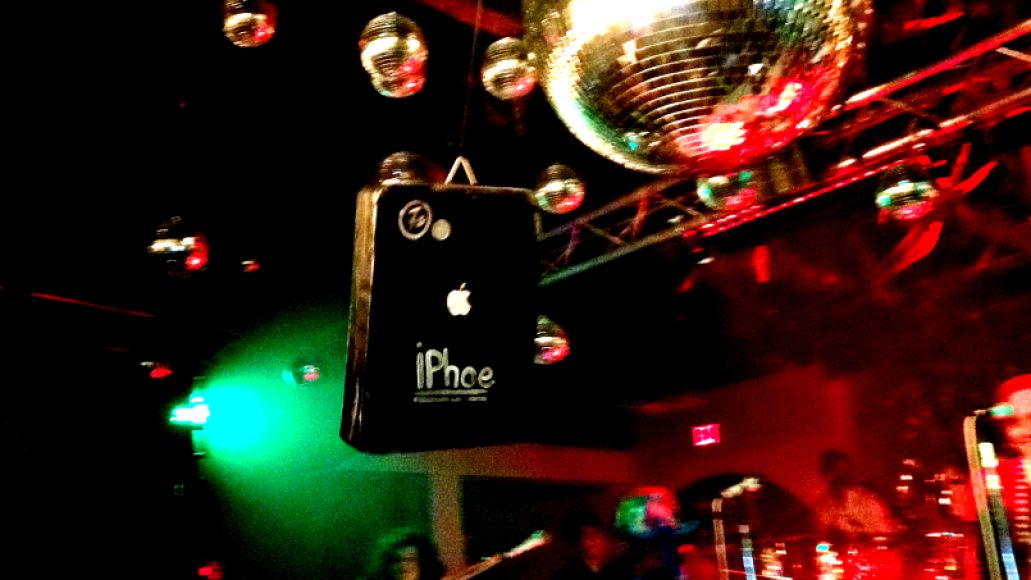 On the Reflektor tour in Miami, you and your brother Win brought down an iPhone piñata for the audience to attack and destroy, in which analog items such as condoms, candies, and other delicious items were found. What were you trying to demonstrate here?

Win and I have different perspectives; what you say in a song and what you feel in your heart are different and can be a snapshot of your opinion. We are always going to be tribal. We are just going to have to deal with being tribal. We cannot eliminate our tribes. But we can definitely make them more innocuous.

We can always not have World War I happening all the time. But, I think there is something about technology that is making us slowly better … making our tribes more innocuous. Yes, it lets us yell and fight, but that’s the ultraviolence and kind of beauty of it.

I’m slightly optimistic about the technology side.

A recent episode of the Cracked podcast talked about how this generation has so many resources and that it will take one person to truly look at these resources from a Google Maps perspective and really see what’s needed with this society. I don’t necessarily think it’s going to be one person, but I think it’s going to be one idea, and I think ideas like yours are parts of a solution to this bigger problem. Thanks for communicating that.

Thank you so much, Phillip.

Will Butler: Finishing What He Started