Every major festival lineup announcement inevitably brings its share of social media outcry, from people lamenting the exclusion of their favorite bands to people wondering who the hell are The Stone Roses. No festival is more rife for complaining than Coachella, which is probably why a creative agency called Sew built a visualizer to analyze the spring festival’s lineup by how much people are talking about each act on Twitter.

The “People Vs. Poster” widget lets you compare a band’s Coachella poster placement to their real-time Twitter buzz. Look at each day “by the poster,” and you’ll see Coachella’s lineup as it was originally announced. Switch to “by the people,” though, and you’ll get a version of the poster that puts the artists with the most Coachella-related Twitter mentions at the top.

Some of the buzz-designated placements are surprising. Azealia Banks comes in second on the people’s list for Friday even though she’s ninth on the poster. Meanwhile, no one seems to be tweeting about Steely Dan at all; they’re fourth on the poster, but 43rd-most talked about by the people. Others are spot on; Alt-J is fourth anyway you look at it, and St. Lucia sits comfortably at 30. 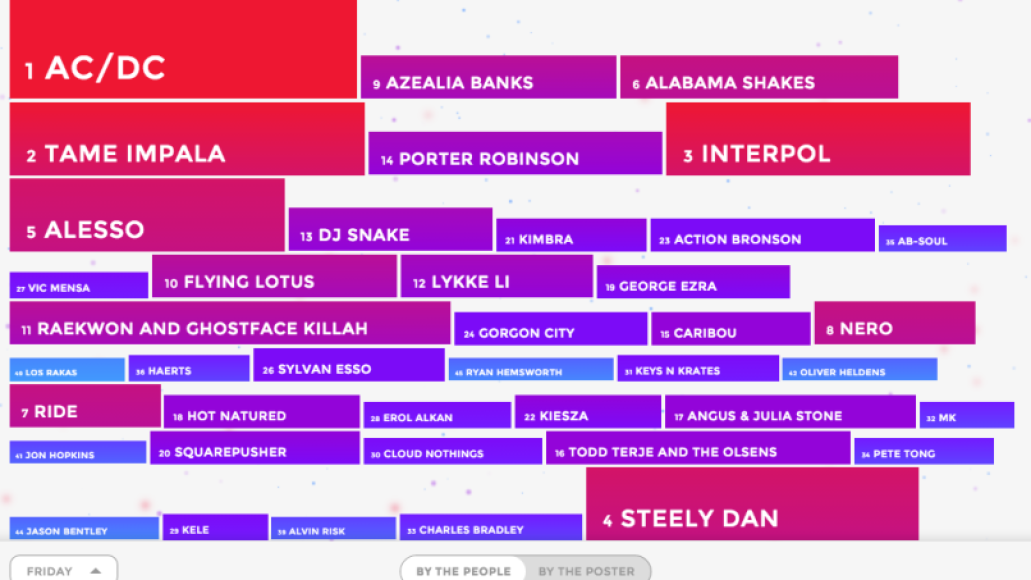 At least everyone can agree on the headliners, although Jack White got bumped down from his top slot on Saturday in favor of The Weeknd. The most talked about artist across the entire festival? It’s Drake, of course.

Peep a list of the biggest gainers and losers below. To see how your Coachella favorites are faring by the Twitter numbers, head here. 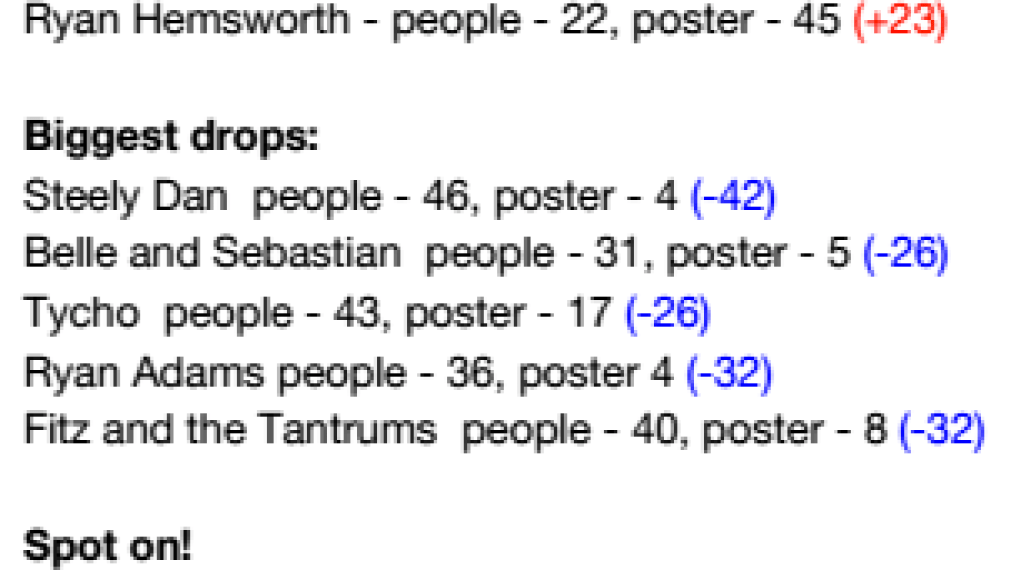