It’s been a windfall year for the Polaris faithful. The band that once exclusively lived inside our television sets has toured, recorded new music, and even prepped two releases (a double live album and this vinyl reissue) due out Saturday for Record Store Day. Some might attribute the resurgent interest in Polaris to an upswing in Pete & Pete-related nostalgia, but that fails to fully explain sold-out venues of people singing every word to songs that rarely, if ever, appeared on the show in their entirety. In reality, while Pete & Pete spent years relegated to post-rerun/pre-YouTube purgatory, Music From… spun regularly on thousands of CD players scattered far beyond the Wellsville city limits. Sure, for some, “Hey Sandy” may forever trigger that utterly suburban image of Muggy (Mark Mulcahy), Jersey (David McCaffrey), and Harris (Scott Boutier) Polaris jamming on the Petes’ lush front lawn, and, to others, “Summerbaby” may always be Little Pete’s elusive favorite song, but for many, Music from the Adventures of Pete & Pete, with its space-travel interludes, legendary “Hey Sandy” mystery lyric, and perfectly crafted jangle pop, offers its very own offbeat and strangely beautiful window on the world.

Much of this record’s indelible allure stems from the way its songs capture the confusion, whimsy, and wonder of adolescence. The hazy, swirling “She Is Staggering” perfectly soundtracks that heady moment when you first encounter someone and instantly know that “she is all that I want/ She is all that I need.” Later, on the crestfallen “As Usual”, our protagonist holes himself up in his room because “nothing sparkles like it did when I knew you.” The song, punctuated by trumpet, sleigh bells, and a coming-of-age-synonymous harmonica (tucked throughout the album), initiates the young man into a world where the price of that initial “staggering” elation is the inevitable pain that comes when the sparkles fade. That’s a heavy lesson for a children’s television show, but it’s this sincerity that endears this album to us. Even on a bubbly track like “Recently”, where boy and girl are “never apart/ We go around/ Siamese in crazy love,” the music belies the pros and cons the boy learns any relationship brings. These songs may sound sweet, but they’re never sugarcoated.

Among more upbeat songs, like the instantly recognizable “Hey Sandy” and “Waiting for October” (oddly about an erroneous doomsday prediction), sits the record’s standout track, “Everywhere”, a spare, melancholy tune about not being able to shake someone from your thoughts. It’s about that moment when all the old tricks and diversions fail, and you’re left with nothing but the realization that someone weighs so profoundly on your heart and mind that there’s no way to simply brush them aside. That’s not a song that takes you back to childhood as typical nostalgia does. It’s one that meets you where you are now, one that brings pain and joy and thankfulness in the present. And that’s why Music from the Adventures of Pete & Pete matters so much to us nearly two decades later. This isn’t just a record that we grew up with. It’s a record that grew up along with us.

Essential Tracks: “Everywhere”, “She Is Staggering”, and “Waiting for October”

Music from the Adventures of Pete & Pete Artwork 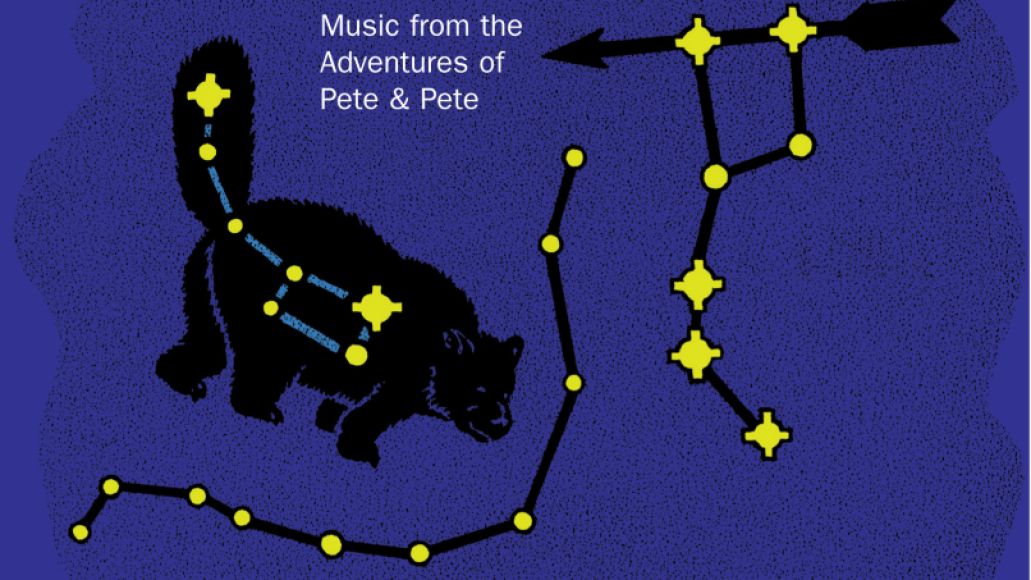 Polaris' Music from the Adventures of Pete & Pete Offers a Strangely Beautiful Window on the World: Review