Have you looked at the cover of Blur’s forthcoming album The Magic Whip and thought, “Mmm, I could go for a sundae right about now”? Well, fans in SoCal are in luck. In celebration of Record Store Day, the band will have its very own Magic Whip ice cream truck perched outside select record shops in the Los Angeles area.

“Any fans who show their store receipt will get FREE ice cream!” notes a poster for the dessert-mobile. “And, if you use the secret code “THE MAGIC WHIP”, you will receive a collectable “Lonesome Street” flexi disc!” Whether or not you’ve got a sweet tooth, it’s admittedly a nice cherry on top of the comeback LP, Damon Albarn & co.’s first in 12 years.

The Magic Whip hits shelves on April 27th/28th. If a tasty cone isn’t incentive enough, consider the fact that the band may just schedule a North American tour if the album sells well.

Below, check out the ice cream truck poster for more details and revisit “Lonesome Street”. 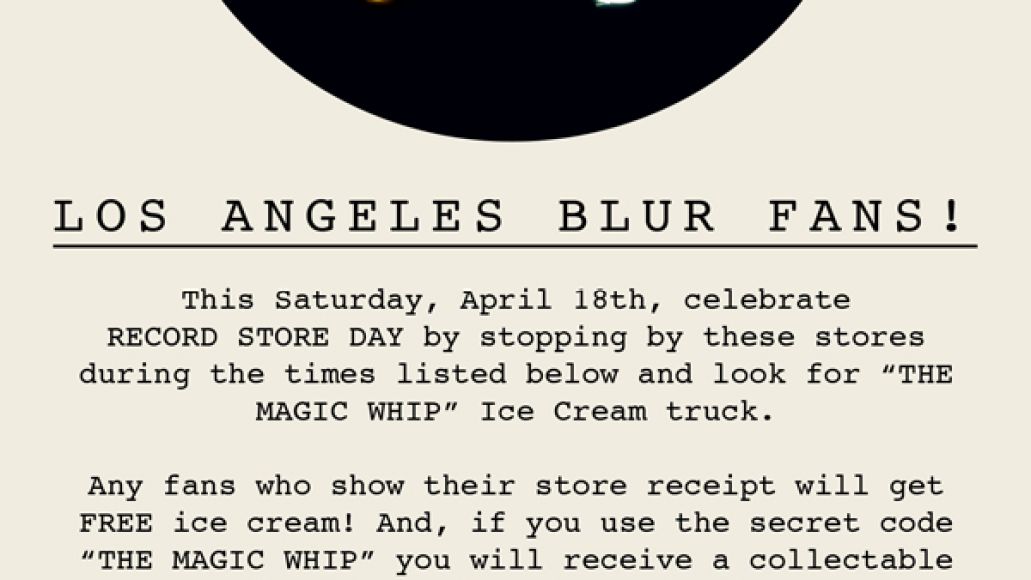