Coachella 2015 weekend one kicks off in less than three days, and you’re going to need all that time to properly sort through and map out your schedule. As per tradition, the festival has dropped the weekend’s set times with little warning and not surprisingly there’s a lot to mull over:

On Friday, do you see Tame Impala or Todd Terje? Raekwon & Ghostface Killah, The War on Drugs, or Ride? Interpol, Lykke Li, or Alabama Shakes? Fortunately, there’s no real conflicts during AC/DC or Alesso’s closing performances.

Saturday evening gets a little tough: Jack White, Tyler the Creator, FKA Twigs, and Tycho all hit the stage around the same time. Meanwhile, Belle & Sebastian’s set overlaps with Run the Jewels and you’ll have to decide how you’ll close the night proper: Ratatat or The Weeknd? Swans or Antemasque?

Sunday has the nastiest conflicts. You’ll have to shuffle between Built to Spill, Desaparecidos, and Sturgill Simpson and then later flip a coin for either Ryan Adams or Brand New. Even worse, St. Vincent and Jamie xx play around the same time, which means you’ll likely only see one — not both. 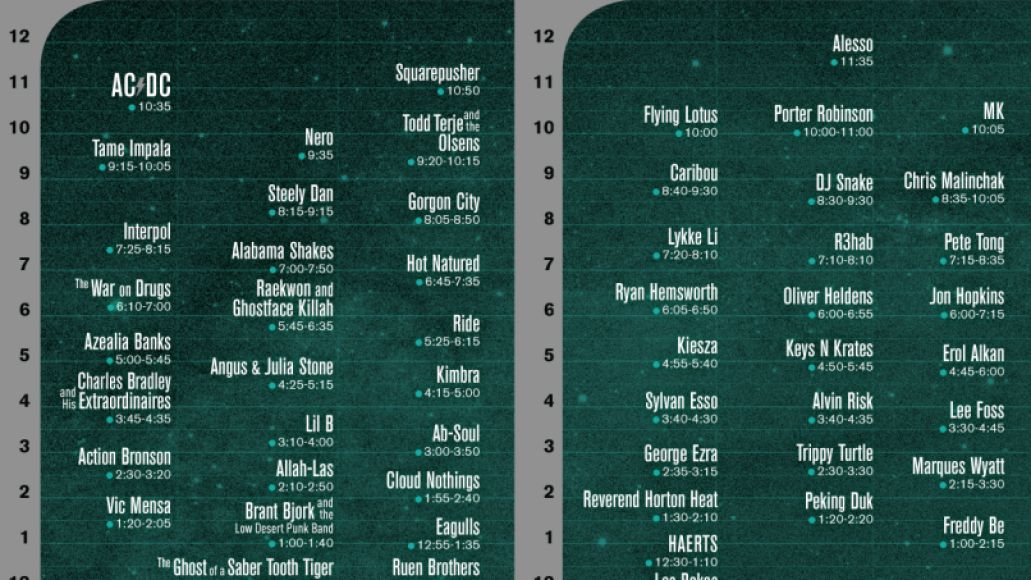 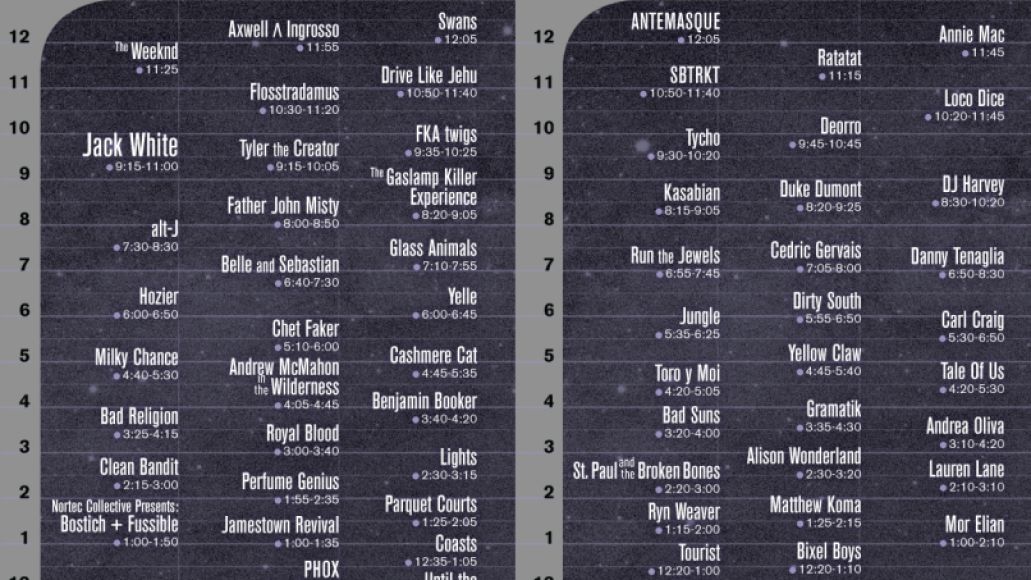 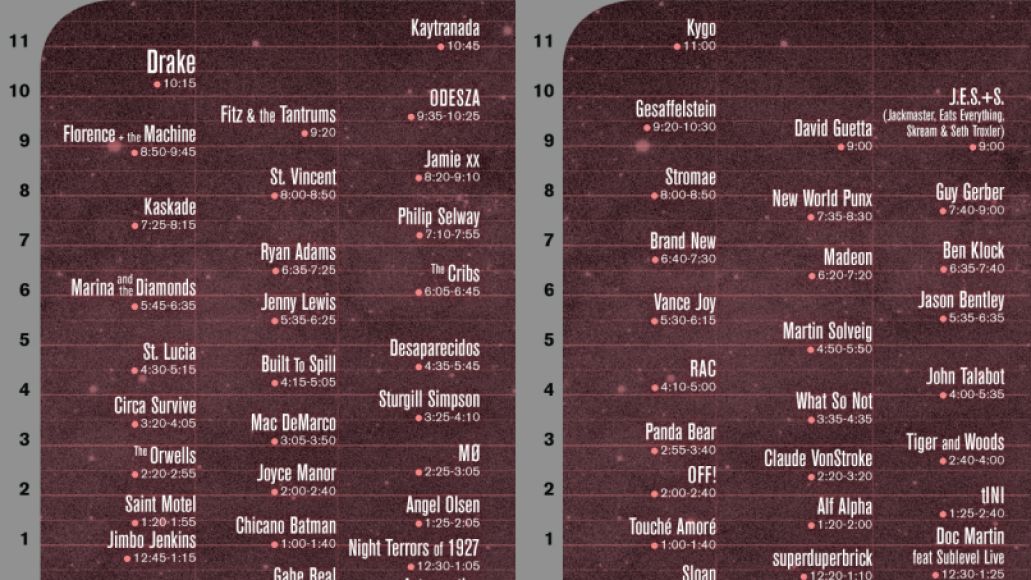