Teenage Time Killers, the crossover thrash supergroup featuring just about every punk and metal icon ever, has announced details of its debut LP. Entitled Greatest Hits Vol. 1, the album will arrive on July 31st through Rise Records.

The album comprises 20 tracks, a handful of which are deep-cut covers, including the Rudimentary Peni song that gives the group its name. Instrumentals were tracked at Grohl’s 606 Studios in Northridge, California.

As a first listen, the group has revealed the dark inferno of “Hung out to Dry”, featuring Blythe on vocals and Grohl on bass. Check it out below, followed by the album cover and complete tracklist with guest credits. 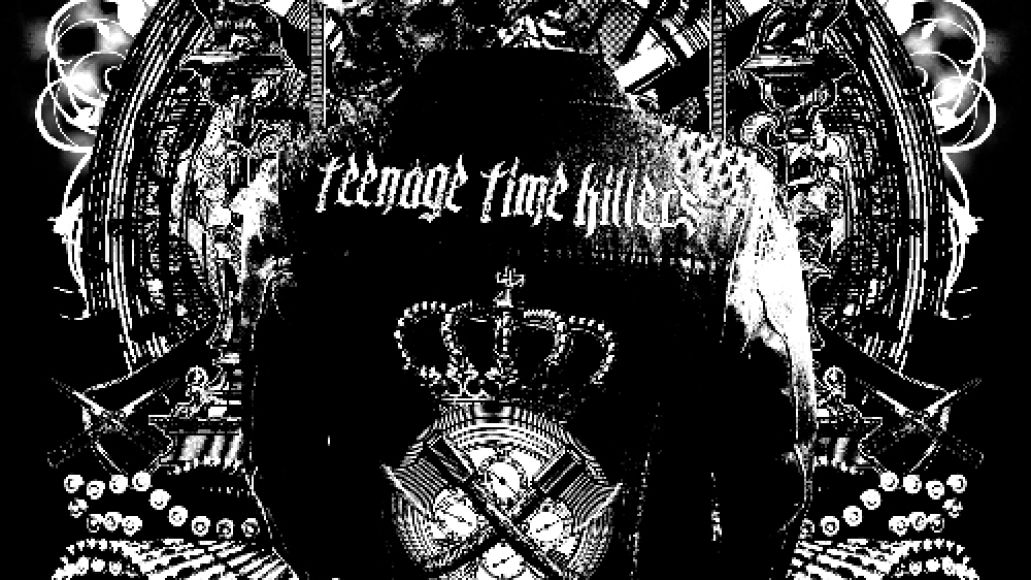