I Got the Hook Up was the first film from Master P’s No Limit label to be released in theaters and was co-written, co-produced, and co-starring P himself, who clearly saw this as a launching pad for No Limit’s burgeoning filmic division.

A long-gone Hollywood Video in Chesterfield, MI. I should note here that, as pent-up white kids in the late ’90s in suburban Detroit, my friends and I were obsessed with “urban comedies” like Booty Call, Friday, and Don’t Be a Menace to South Central While Drinking Your Juice in the Hood. They gave us a glimpse into city life outside our suburb, as well as a manic, ensemble-based style of comedy that offered a necessary counterpoint to the Farleys and Sandlers we quoted ad nauseum.

Oh Jesus, this was a long time ago, so used VHS tapes were probably running $5.99 or thereabouts. This was how I spent the money I made jockeying a register at McDonald’s.

It all starts simple enough. Master P plays Black, a small-time hustler who cons his way into a surplus of cellphones – this was in 1998, FYI, when portable phones were a luxury, not a necessity; there’s even an underlying attitude that cellphones were just a passing fad, which is fascinating in retrospect. With the help of loudmouthed cohort Blue (AJ Johnson) and love interest Lorraine (Gretchen Palmer), Black is able to score big bucks selling them under the table. Black’s scheme, however, soon draws unwanted attention from the FBI and a local crime syndicate. 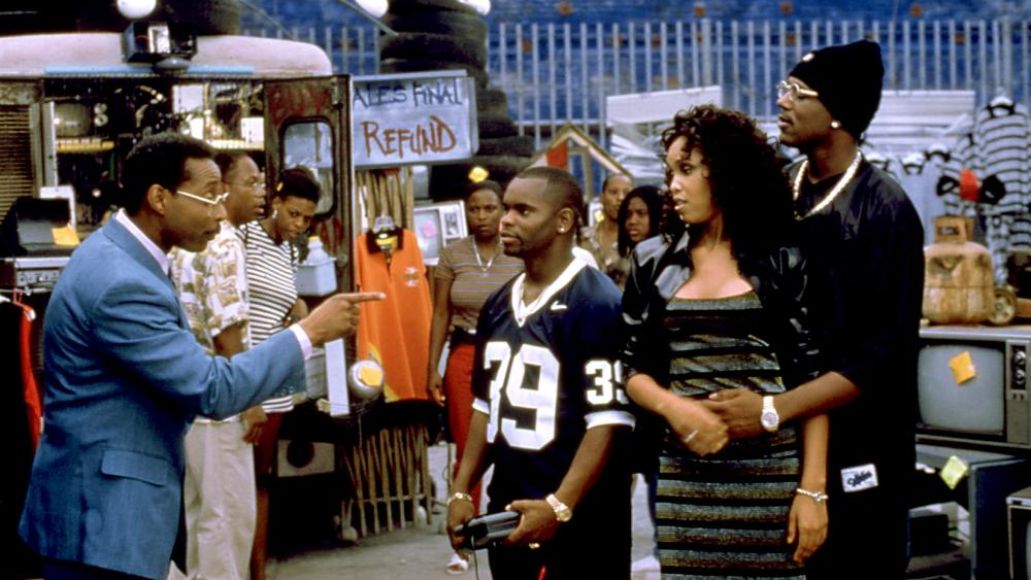 It’s a fine setup, but executed with the grace of a coked-out “Tiny” Lister. You can feel the writers detonating difficult scenes with dynamite, freeing themselves from the corners they’ve written themselves into by tearing down every wall in sight. Seemingly important characters drift into the ether, plotlines devolve into quizzical shrugs, and white FBI agents turn out to be black dudes wearing white guy masks. I was sober when I watched this, and I still can’t tell you what the fuck happens in the third act. This isn’t a stoner comedy, but I implore you: watch this movie stoned.

Know this: Master P is a horrible actor. He is a Sarlacc to his co-stars, a bottomless, spike-throated maw that feasts on presence and charisma. Luckily, AJ Johnson is the complete opposite, a proto-Kevin Hart whose every word cartwheels from his mouth in reckless abandon. I’ve seen a lot of movies, and nothing in anything is funnier than the way Johnson says “bubbles” in the below clip.

In fact, I Got the Hook-Up rounds out its supporting cast with a host of the genre’s best character actors. The aforementioned Tommy “Tiny” Lister, Jr. does a reliably admirable job of crossing his eyes menacingly, and old-timers John Witherspoon and Helen Martin bring the dirty every bit as delightfully as Betty White would a decade later. Also, keep an eye out for Joe Estevez, the F-list brother of Martin Sheen that’s currently enjoying a late career resurgence (if you wanna call it that – I do) on Tim Heidecker’s Decker.

A true loyalist, Master P even found a place for No Limit rappers Mystikal and Mia X in the cast. Ya know, they’re not that bad. Mystikal smokes angel dust, and it’s so goddamned stupid.

JOURNEY TO THE BARGAIN BIN:

It’s impossible to discuss I Got the Hook-Up without discussing No Limit, as Master P always ensured his content was indistinguishable from his brand. The film doesn’t just star Master P. It’s also: 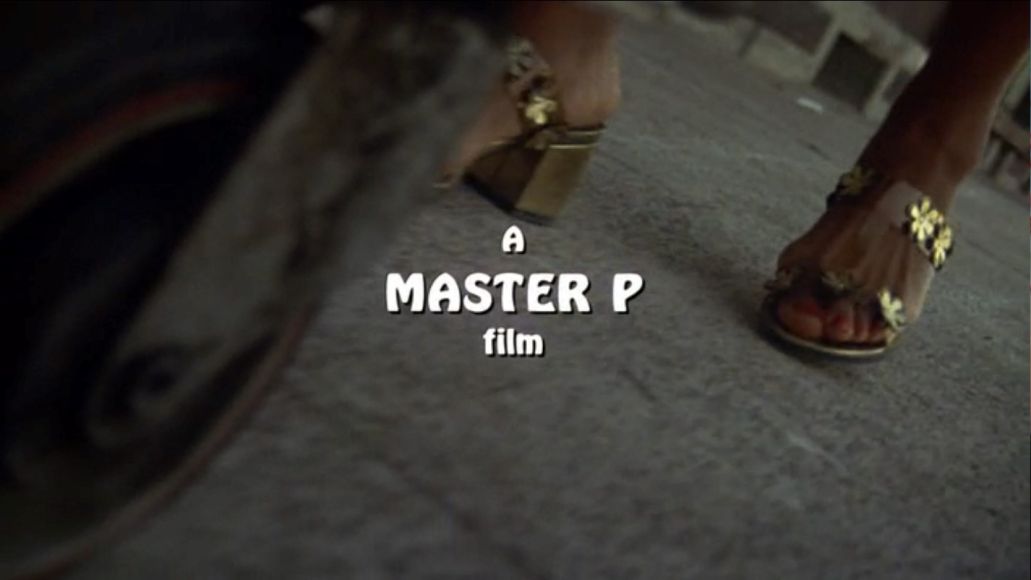 …where he also served as: 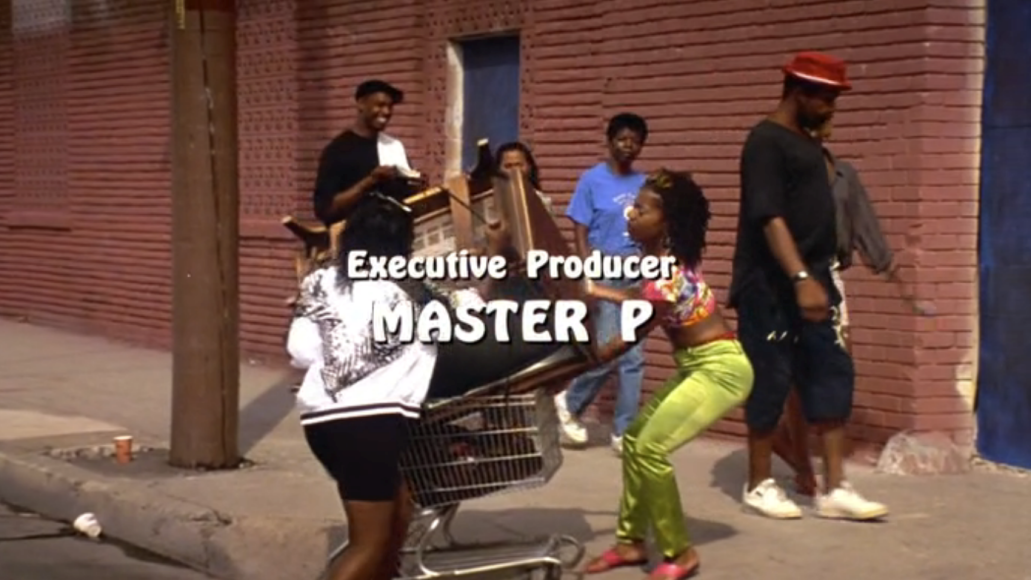 Oh, and don’t forget I Got the Hook-Up was: 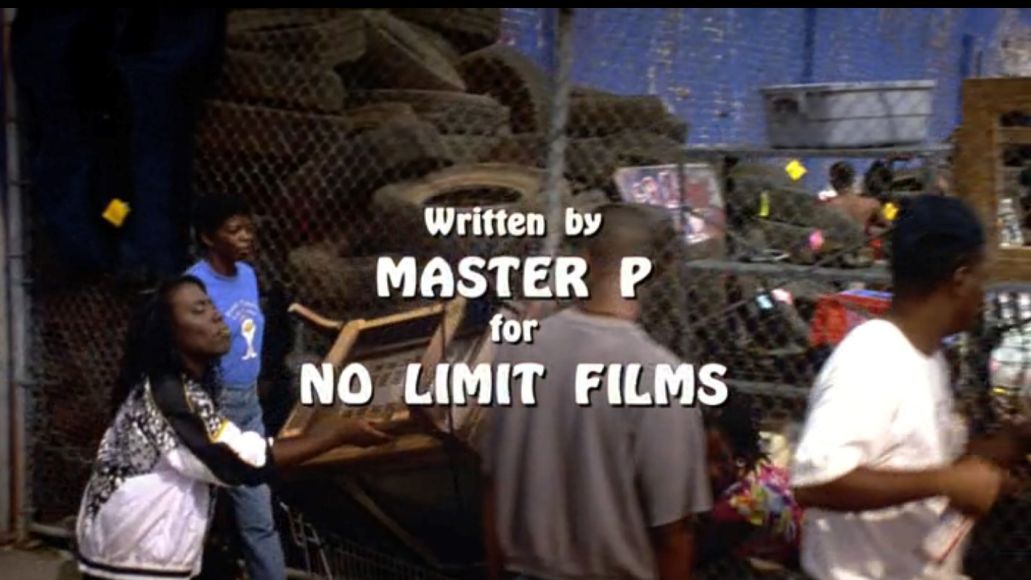 Say what you will about Master P, but dude was a masterful brand strategist. I mean, this is the same guy who turned the strained cries of his toilet-screams into a catchphrase – by the way, P’s signature “uhhhhhh” literally begins and ends the film. And not only does he populate the cast with No Limit rappers, he frontloads the soundtrack with their songs.

It truly was a valiant effort, this film, and it’s important (should you find discussions of I Got the Hook-Up to be important) to note that the movie itself was not a failure. Its $10.3 million gross more than doubled its budget and resulted in the distribution of five more films, the most notable of which likely being the Gary Busey-starring Hot Boyz, itself a staple of the bargain bin.

Rather, it was the collapse of No Limit – a fate brought on by overambition more than incompetence – that banished I Got the Hook-Up to the bargain bin. When No Limit crashed, nearly everything crashed with it. The label’s reputation seemed to change overnight. By 1999, it simply wasn’t cool to like No Limit. Guys were peeling the No Limit decals off their cars in my school parking lot. And because the art was so strictly tied to the brand, there was no legacy, it seemed, no fond memories. With the brand gone, the art was gone. And, when that happened, this film hit the bins every bit as quickly as all those Silkk the Shocker CDs.

WHY IT REMAINS IN THE BIN:

Of course, there’s also the fact that I Got the Hook-Up isn’t that great. No Limit’s aggressive branding very much makes their film, but its slapdash nature and incoherence simply goes to show that this type of comedy takes more finesse than you might think. Friday perseveres because it leavened its absurdity with resonant themes about manhood and survival; sure, we see John Witherspoon taking a shit, but we also see him bestowing life lessons onto his son. Here, as the perverted Mr. Mimm, he’s nothing but a misogynistic old man. He’s hilarious because he’s John Witherspoon, but the character itself is built on icky foundations.

Indeed. There’s still plenty to enjoy here, as, like most urban comedies, I Got the Hook-Up adopts an episodic structure that ensures any number of comedic vignettes or cameos (what up, Ice Cube!) are right around the corner. And I can’t say it enough for AJ Johnson, an actor that made waves in the mid-to-late ’90s, but seems to have dropped off IMDB. It’s too bad, as the dude positively crackles when unleashed.

But as an example of a ’90s-era urban comedy, I Got the Hook-Up rarely transcends the comedic heights of its forefathers. I’m talking movies like Friday, House Party, and Booty Call, all of which you’re, sadly, just as likely to find gathering dust in the bargain bin. Get those instead.

Dumpster Diving: I Got the Hook-Up