Last year, U2 stealthily slipped its surprise new album Songs of Innocence into the iTunes of hundreds of thousands of Apple users, leading many to cry foul over the unwanted and frankly invasive music gesture. (Others simply pondered on Twitter: Who the heck is U2?) The LP wasn’t a total flop, however, as a recent study pointed out that that the release led to one-fourth of all iTunes users listening to the band in January.

Fast forward to Record Store Day this past weekend. U2 issued an exclusive vinyl edition of the album for fans looking to give it a whirl on their turntables. Like a bit of bad karma, though, there was a little snafu and, instead of Songs of Innocence, some sleeves actually contained copies of Tool’s 1992 Opiate EP. The mix-up was traced back to just one particular shop in the UK, but that didn’t stop Tool from humorously weighing in on the inadvertent record swap shortly after.

“Nice freakin’ try, U2,” the band wrote on their official site. “Some very lucky people who purchased U2’s Songs Of Innocence during a recent record store release found instead a copy of Tool’s 1992 Opiate EP inside. Kind of makes you believe in mysterious higher powers, doesn’t it?” 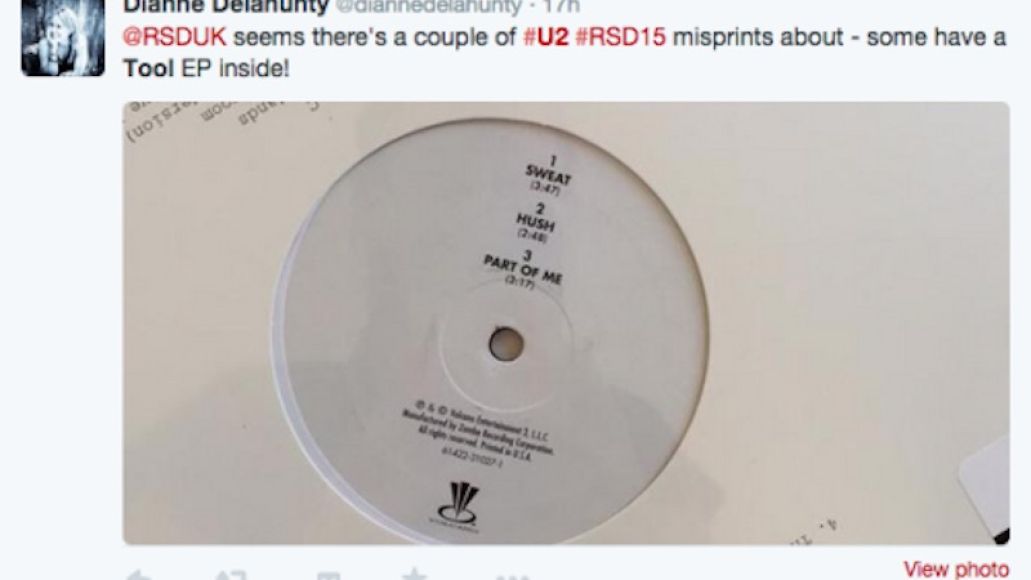 So, let me get this straight: Those who actually wanted the LP couldn’t get it, and those who didn’t want it in the first place got it anyway? Oh, the irony.

Fans bought U2's Songs of Innocence, only to find Tool's Opiate EP inside