Glastonbury has revealed its 2015 lineup. The massive UK-based festival, considered by many to be the largest and most prestigious live concert event in the entire world, returns to Pilton’s Worthy Farm from June 24th – 28th.

Foo Fighters, Kanye West, and an unannounced third headliner top the 2015 lineup alongside a formidable group of sub-headliners that include Florence and the Machine, Pharrell Williams, Alt-J, Lionel Richie, Motorhead, Patti Smith, The Chemical Brothers, Belle and Sebastian, Death Cab For Cutie, Spiritualized, Ryan Adams, and Death From Above 1979.

Even more artists will be announced in the coming weeks. As for tickets? They sold out back in October. 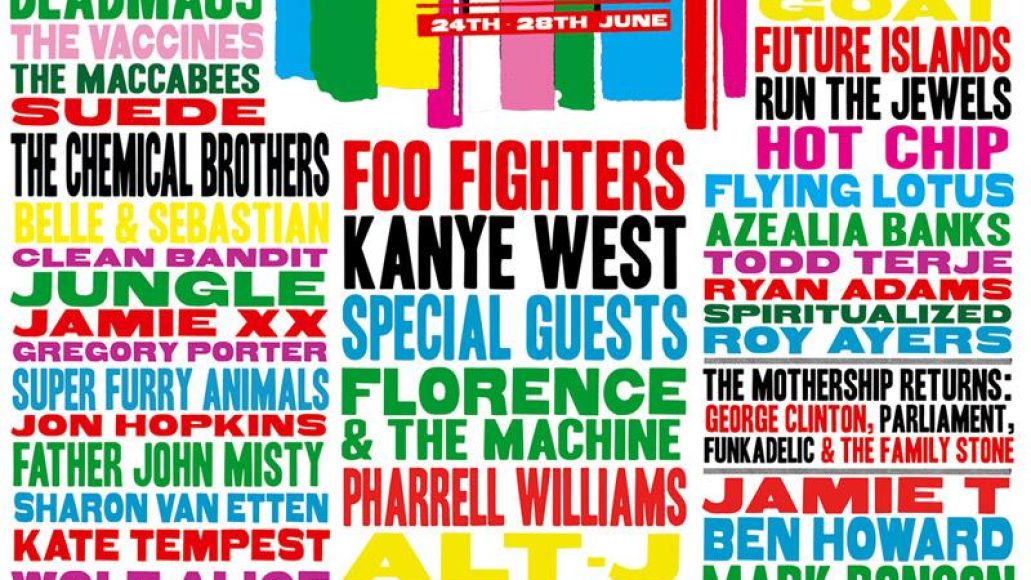 Glastonbury reveals 2015 lineup, and it's a doozy