Today is the 75th anniversary of The Joker’s debut in the Batman comics, and to mark the occasion, director David Ayer has shared our clearest look yet at how Jared Leto plans to portray the character in the forthcoming Suicide Squad movie. 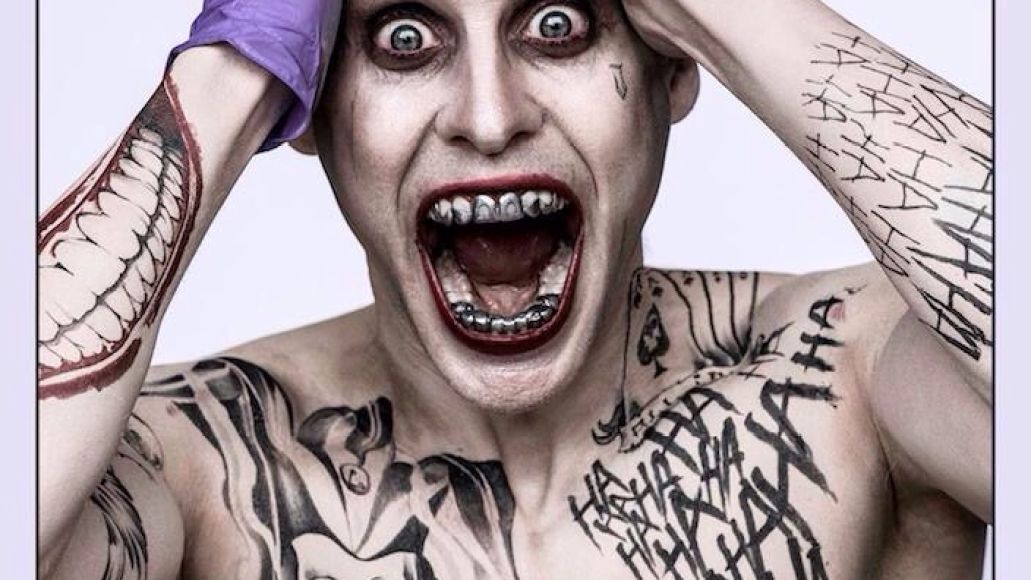 Leto previously teased the character with a blurry photo that referenced the famous Batman graphic novel The Killing Joke.

Suicide Squad hits theaters on August 5th, 2016. In addition to Leto, the film stars Will Smith as Deadshot, Margot Robbie as Harley Quinn, Jai Courtney as Boomerang, and Common in an undisclosed role.

It marks the first on-screen portrayal of The Joker since Heath Ledger’s Oscar winning-performance in The Dark Knight. Leto is coming off his own Oscar victory for his role in Dallas Buyers Club.

Jared Leto debuts his portrayal of The Joker, and it's absolutely terrifying