Many surprising revelations regarding Kendrick Lamar’s masterful To Pimp A Butterfly have surfaced since the LP’s release last month. We’ve learned that he and Prince nearly did a song together; that the MC struggled with depression and suicidal thoughts during the writing and recording process; and that he had considered numerous alternate album titles, including one that paid tribute to one of his idols, Tupac Shakur.

Now, in a new interview, K-Dot confirms that To Pimp A Butterfly is technically not the full title — the rest is hidden in braille inside the album’s booklet. “[There]’s actually a sketch of braille that’s added to the title hidden inside the [CD] booklet that I don’t think nobody has caught yet,” he tells Mass Appeal. “You can actually feel the bump lines. But if you can see it, which is the irony of it, you can break down the actual full title of the album.” 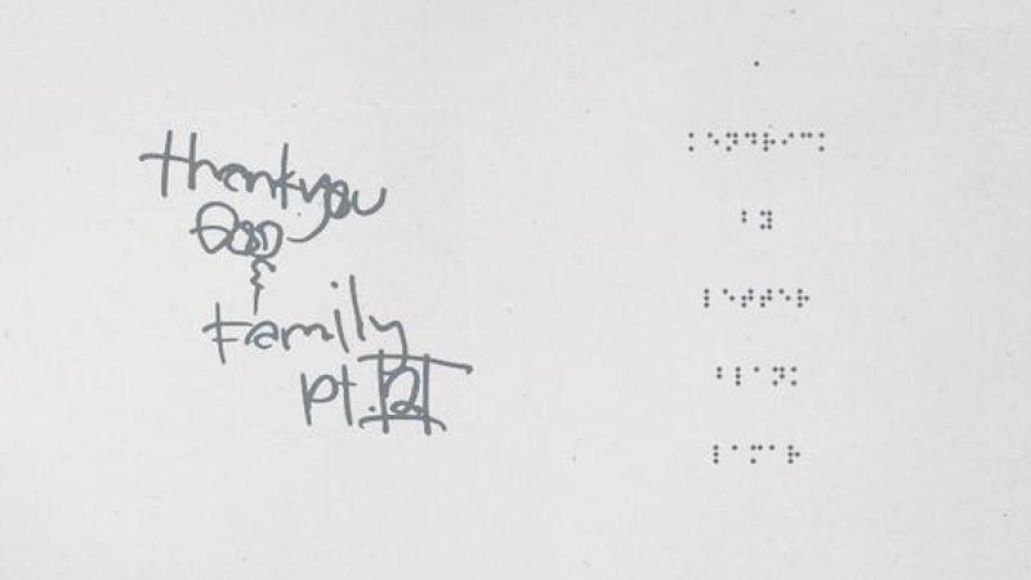 According to a teacher who is well-versed in reading braille, the bumps’ translate to something along the lines of “A Blank Letter by Kendrick Lamar.” The title makes sense, given that his good kid, m.A.A.d city was billed “a short film by Kendrick Lamar” on its album cover.

As Stereogum points out, this isn’t the first time a musician has used braille for the title of a project. Rihanna’s artwork for “Bitch Better Have My Money” and her Kanye West and Paul McCartney collaboration “FourFiveSeconds” both featured raised dots.