Welcome to Festival Outlook, a supplemental column that provides more in-depth analysis for the rumors found on Consequence of Sound’s sister site of the same name. In this installment, contributing writer David Sacklllah reflects on Live Nation’s latest acquisition and what it means for the state of music festivals as they currently exist.

Yesterday, news broke that Superfly and AC Entertainment, the organizations who put on the Bonnaroo Music & Arts Festival, had entered into an agreement with Live Nation Entertainment for an undisclosed amount of money in which Live Nation would assume a controlling interest in Bonnaroo. Since its inception in 2002, the Manchester, Tennessee festival has been a haven for audiences who travel from around the world to spend the long weekend camping and enjoying live music. This new agreement raises questions of how much involvement Live Nation will have in the festival, and whether or not the spirit of Bonnaroo will remain intact to its many fans.

A press release stressed that Superfly and AC Entertaiment will “continue to plan and execute the day-to-day operations of the festival.” In an interview with Billboard, Superfly co-founder Rick Farman said that a large portion of the new arrangement was to make site improvements to “get right to work at bringing [festival site] The Farm to an even greater level of fan experience.” In the same interview, Ashley Capps, President of AC Entertainment, stressed that the changes to the site would be based on “evolving” and “enhancing,” saying, “It’s not like there’s going to be any sudden transformation, at all.” 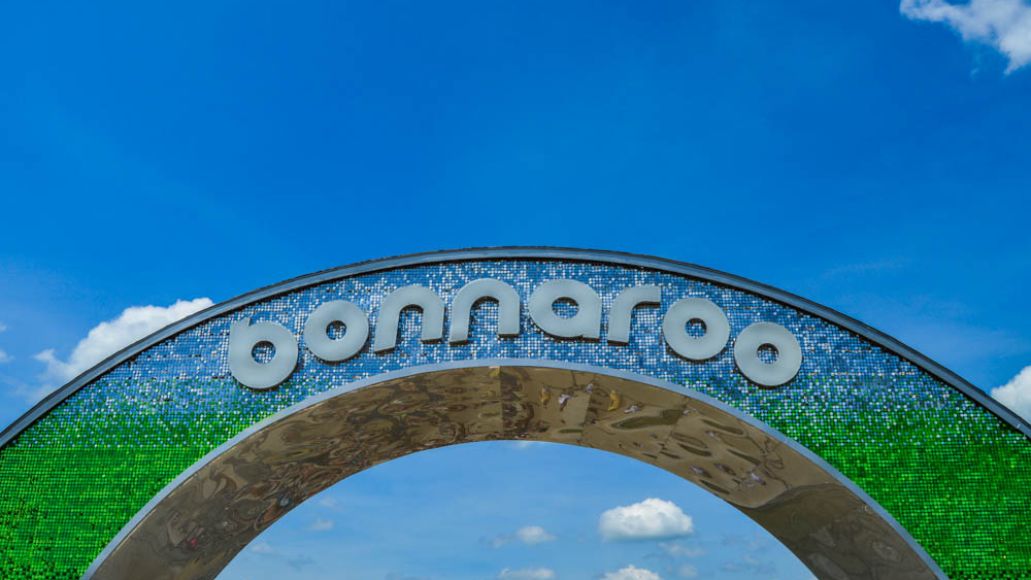 This is not the first major music festival Live Nation has acquired. Last December, Live Nation paid $125 million to take a controlling stake in C3 Presents, the Austin organization that puts on Lollapalooza and Austin City Limits. While it’s still too early to tell how the acquisition affects the execution of either festival, there haven’t been many noticeable differences so far. The headliners for this year’s Lollapalooza (Metallica, Paul McCartney, and Florence & The Machine) may be more famous than last year’s (Eminem, Outkast, and Kings of Leon) but a quick glance at both lineups side by side reveals a similar combination of radio friendly rock and rap acts, tentpole EDM stars, and smaller groups who wouldn’t be out of place at any other summer festival.

Since its first years, Bonaroo’s lineups have steadily shifted from its jam band and folk rock roots. Acts like Widespread Panic, The String Cheese Incident, and Jack Johnson topped its early bills, while more recent incarnations have been filled with chart-topping rock, rap, and EDM acts like Billy Joel, Kendrick Lamar, and Deadmau5. But even with its stereotype as a “hippie-friendly” festival, Bonnaroo has always been an enormous event: It drew approximately 70,000 people in its inaugural year. According to a study done by Greyhill Advisors in 2013, the 2012 festival had an economic impact of bringing approximately $51 million to Tennessee. The past two years since have boasted attendances of around 80,000 each. Bonnaroo has always had the power to move massive amounts of money, and it’s likely that this merger won’t lead to a dramatic change in the next year or so. It’s just another push in the direction Bonnaroo has gradually been heading over the last decade. 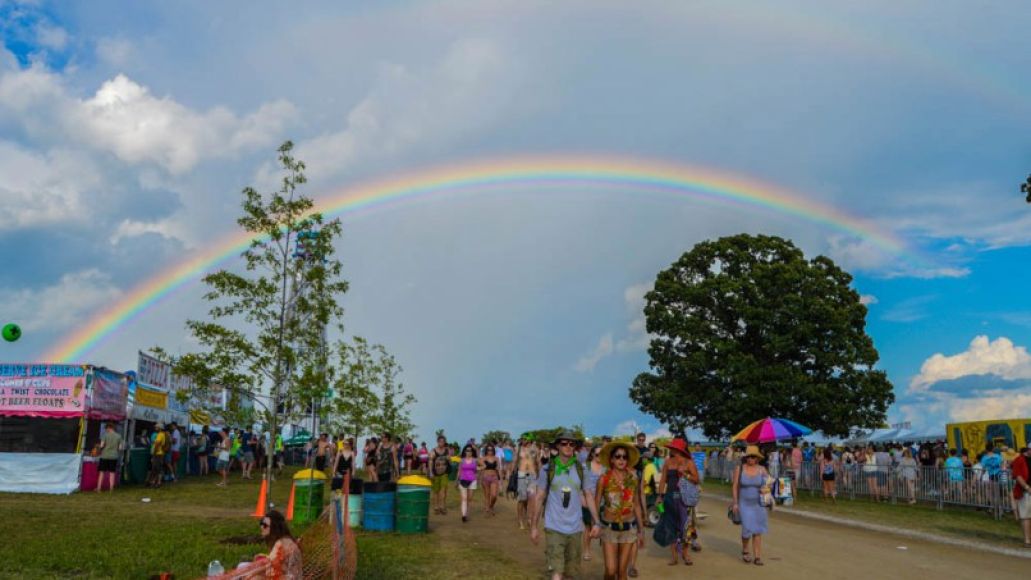 One issue the acquisition raises is the practice of Bonnaroo using volunteers in staff positions. This trend is common throughout festivals, in which individuals volunteer a set number of hours and are compensated with tickets to the festival. Last year, a class action lawsuit was brought against Insomniac, the company who organizes EDM festivals such as the Electronic Daisy Carnival series (and one in which Live Nation also has a nearly 50% stake), accusing the organization of violating the Fair Labor Standards Act by not paying workers minimum wage and recruiting unpaid workers for a for-profit company. A quick glance at Bonnaroo’s current volunteer page shows that to volunteer, an individual has to pay a $325 deposit ($300 of which is refundable) and work a minimum of 18-20 hours throughout the festival. At this point, it remains to be seen whether the Live Nation deal will change this practice; representatives at Superfly declined to comment on how the agreement will affect volunteers. Volunteers may defend the nature of the process, but a major festival using unpaid workers is a tougher pill to swallow when the festival is owned by a publicly traded company that brought in $6.87 billion in revenues last year.

Farman indicated that the deal with Live Nation would not immediately impact the other festivals the organization organizes, such as San Francisco’s Outside Lands. But he then told Billboard, “I think we all are looking forward to developing this relationship (with Live Nation), and I know we all look forward to exploring what the future may hold.” Additionally, Farman explained that the impact of the deal was not likely to be felt in this year’s incarnation of the festival, which is less than two months away. 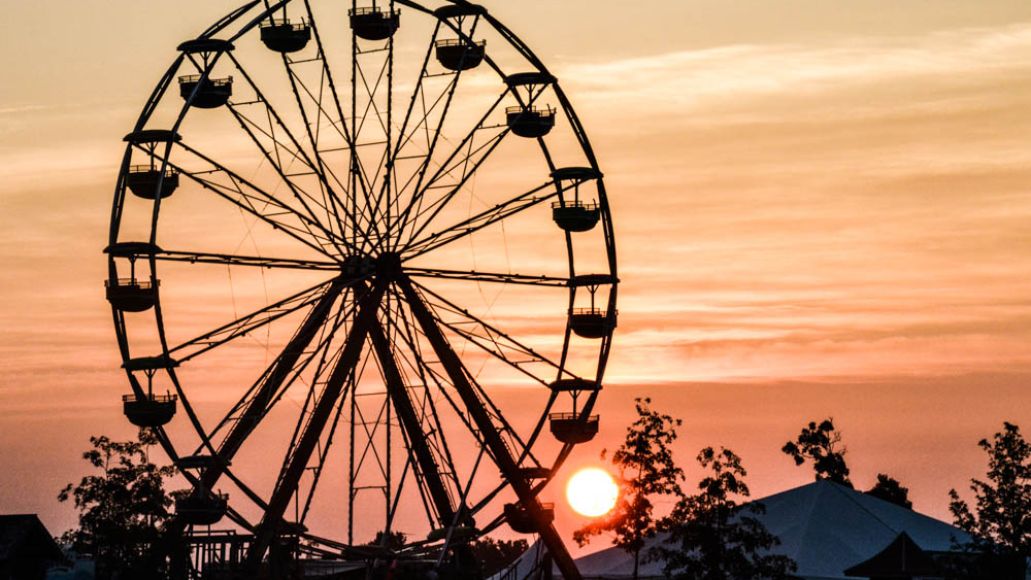 Realistically, the organizers are likely correct in saying that not much will change for patrons of the festival. Bonnaroo has been moving away from its roots towards a larger, more corporate atmosphere for the past decade, and this acquisition by Live Nation mostly adds clarity to that destination.

The acquisition raises questions not just about the future of Bonnaroo, but the state of music festivals as they currently exist. Farman told Billboard that the deal was an “indication that this industry is here to stay for the long term.” While most major festivals have been powered by corporate sponsors for years now, this announcement means that Bonnaroo, ACL, Lolla, EDC, Reading Leeds, and many other festivals will now be controlled directly by Live Nation. It’s fair to say that there’s no longer a clear distinction between the terms “alternative”, “indie”, or “mainstream” when it comes to events on this scale, if there ever was one to begin with.

As older fans become jaded with the direction of major festivals, crops of young adults pop up every year to replace them, and they continue to sell out events and keep the industry alive. Music festivals may have initially been marketed to fans trying to get away from Ticketmaster-sponsored concerts, and now they’re all owned by the same company. Diehard fans of Bonnaroo may be disappointed, but the corporatization of music festivals has been happening for years. It’s not leaving anytime soon.