There isn’t a specific aspect of Alabama Shakes that makes the project work. Many will cite singer and guitarist Brittany Howard and her voice as being the magic of the band, but in front of a couple hundred people in Santa Monica, California –for the first ever live broadcast from KCRW’s Apogee Sessions series (and a First Listen Live stream from NPR as well)— Alabama Shakes showed many strengths, and Howard’s voice was just one of them.

Performing as a nine-piece, with two keyboard players and a trio of backing vocalists, the band oozed with Southern hospitality, their origin found not only by namesake, but tattooed across Howard’s right arm. “Bring it!” a fan yelled at one point, to which Howard responded, “Yes sir, coming right up,” as if she were dishing out coffee and needed to make light of a pushy customer. Later, Howard thanked the audience for what she realized was the third time in as many songs, noting that she wasn’t sure if she was supposed to keep thanking people, but that she truly was thankful. She followed up on this at the end of the performance by not only thanking the audience and KCRW, but each one of her bandmates by name. It was warm and sincere. 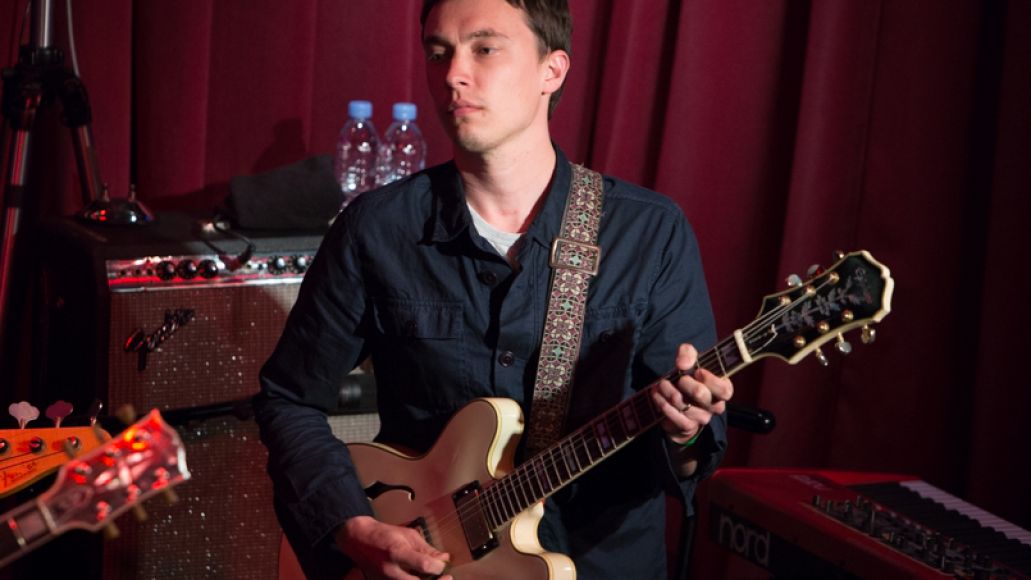 But when Alabama Shakes wasn’t charming with its personality, the set was remarkable for the way the songs were presented. The band knows how to fill space with sound, packing drama into fairly traditional songwriting. But maybe more impressive was how they managed to let space into their music. Songs were given chances to breathe and not every moment required tension or had to be streamlined. There was a front porch aspect to the set, relaxed without slacking: Bassist Zac Cockrell leaned comfortably on a stool, percussionist Steve Johnson drove songs through precision rather than force, and Paul Horton performed mostly under the hood of his sweatshirt. This was all a foil to Howard’s emotional deliveries, the likes of which left her wiping sweat from her brow between numbers, a deserved respite given the energy she showcased.

And as for songs themselves, the show was unsurprisingly heavy on new album Sound & Color, with fans reacting to a number of the new cuts as if they were longtime favorites, particularly single “Don’t Wanna Fight”, where audience members could be seen singing along, and the slow jam “Give Me All Your Love”, in which Howard does a magical transition between yelp and howl within the same sentence of the refrain. Another new single, “Future People”, proved just as much a live juggernaut as on record, with the backup singers adding additional percussion and Howard’s voice extending to its highest possible register, enough so that the crusty bass becomes an afterthought live despite dominating the recorded version. 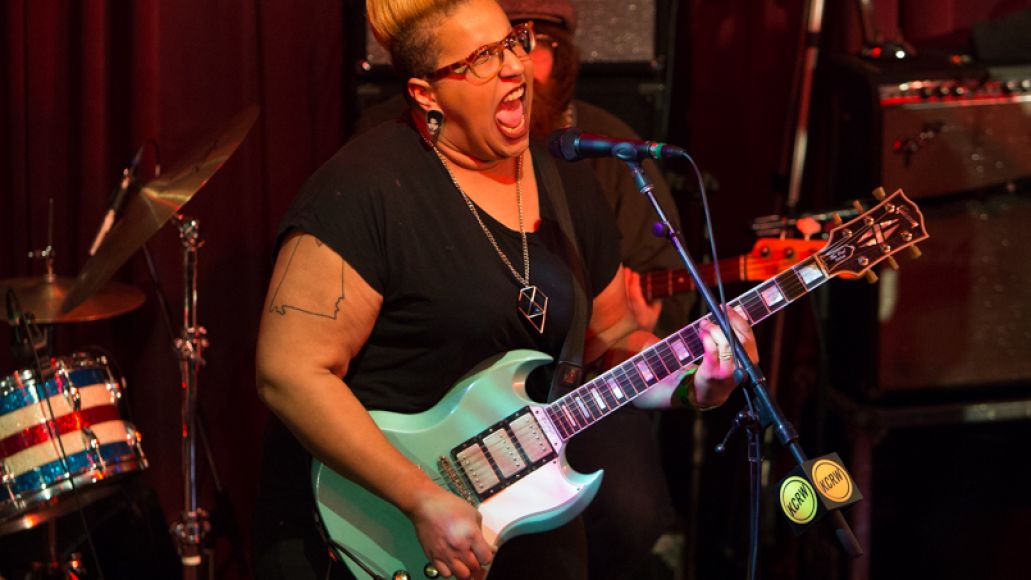 Alabama Shakes played all of their new album (save the title track) and a trio of older songs, making a usually buttoned-up room get loose and scream, clap, snap, and holler along. At multiple points, fans were moved to raise their hands in the air like they were at church, and indeed, Alabama Shakes brought that holy, divine atmosphere to the stage. Yes, Brittany Howard’s voice is a wonder, but as the band continues to hit the big stages for the rest of the year, know that they are far more than a one-trick pony. What started at this month’s Coachella should keep going well into 2016.

Setlist:
Miss You
Rise to the Sun
Dunes
Future People
Guess Who
Heartbreaker
The Greatest
This Feeling
Gimme All Your Love
On Your Way
Gemini
Don’t Wanna Fight
You Ain’t Alone
Over My Head 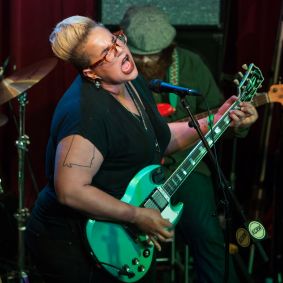 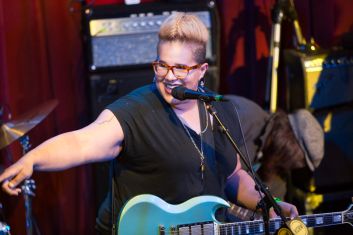 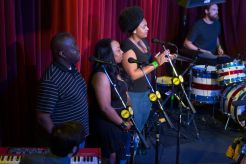 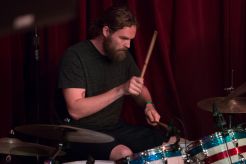 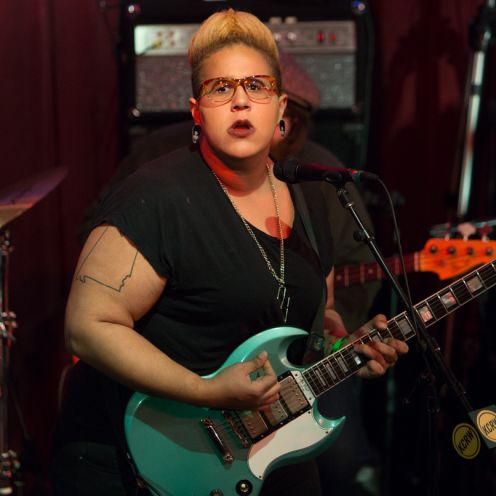