Though their songs often explode immediately, the buildup to a Lightning Bolt show works on an eager anticipation and build. No matter how rabid and destructive the openers — and the Empty Bottle was rumbling on Sunday night prior to the Brians reaching the stage — there’s an electricity in the air, an ecstatic energy ready to spread in waves of massive riff.

For that reason, it took a while for the moshpits to form, despite the best efforts of local outfits Melkbelly and Oozing Wound. The former’s wide-eyed noise rock bounded from angular drones to outsider pop hooks buried in grime and distortion. The set was a true revelation, but the heavy-hitting headliners were still more than a set away. 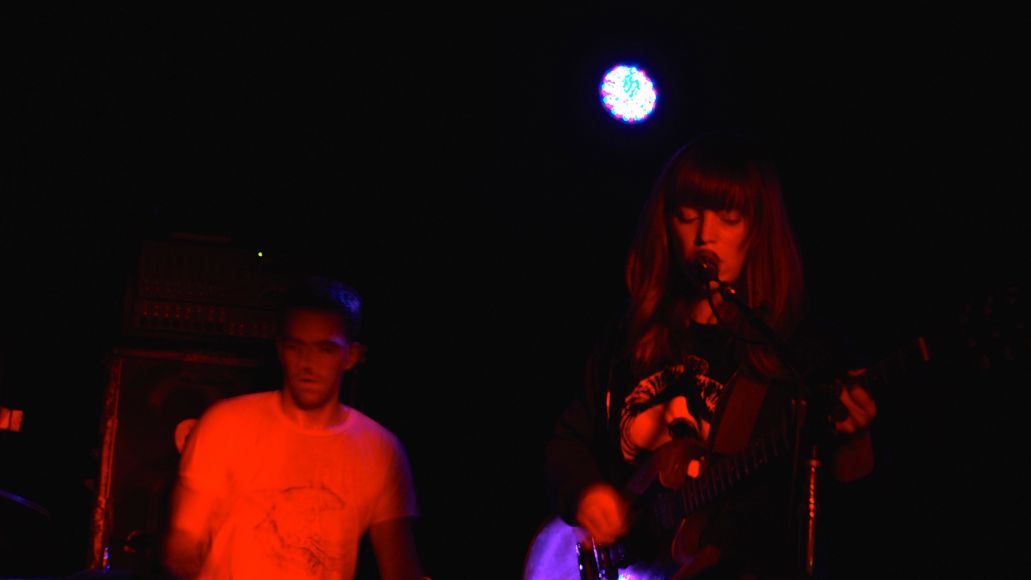 The last time I’d seen Oozing Wound and the Bottle together, the trio were dropping their stoner metal in the frozen street — this time they played sleeveless (or in drummer Kyle Reynolds’ case, shirtless entirely), their massive jams concussive enough to start some moshing. “I was thinking, ‘What, are we at a fuckin’ Coldplay show?” an elated dude fresh out of the scrum shouted to his friends, as guitarist Zack Weil prepared to tear into another “ripper.”

But the limbs truly started flying from the moment Brian Chippendale smacked out the first drum part of Lightning Bolt’s hour-long set. Donning his technicolor mask with an embedded microphone, the percussionist set that jittery, sweaty tone, needing to stop to pour water over his head multiple times throughout the evening. Fitting with their shift to a slightly higher fidelity on the excellent new Fantasy Empire, the duo played from the stage rather than their old spot on the floor, but that didn’t stop a few eager stage-divers from crossing that boundary. 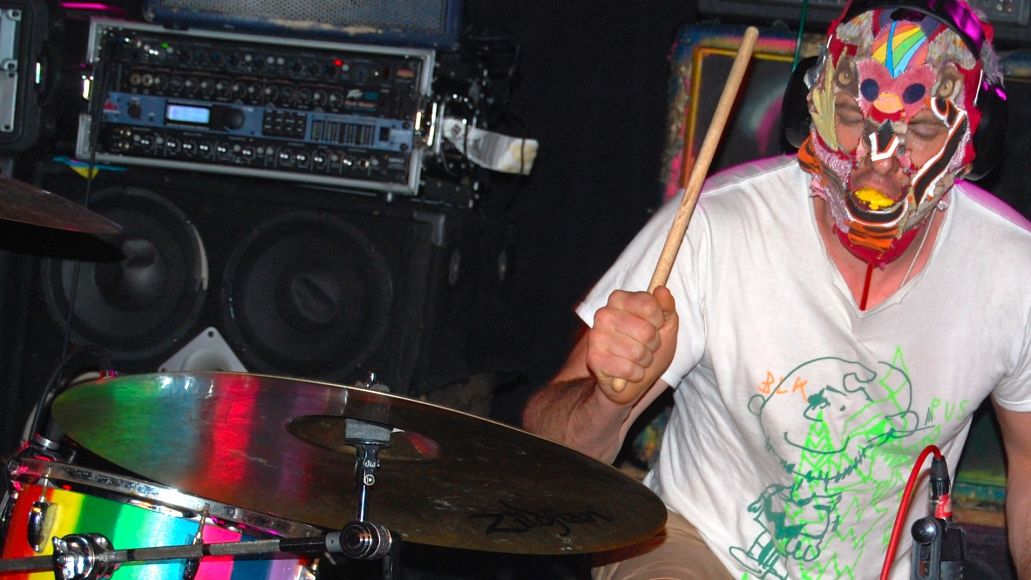 A few technical issues hampered the set momentarily, Chippendale hooting and growling into his mask to test out some errant effects pedals. “I usually take my pedals to church and feed them donuts on Sundays,” he explained, “But today I skipped it.” But thunderous bursts like “The Metal East” and “Over the River and Through the Woods” showed no sign of weakness. In fact, for the riveted crowd, this was church, a cathartic experience of speaking in tongues and being shaken to the core.

If Chippendale was the manic preacher, then Brian Gibson was the stoic deacon, his calm demeanor belying the fury of his rapid string assaults. Standing off to the side, though no less involved, Gibson drifted between almost airy Western figures and dinosaur stomp on “Colossus” (from 2009’s Earthly Delights), a malleable foil to Chippendale’s deceptively wild rhythms. And, no, this wasn’t a fuckin’ Coldplay show: The packed room swelled with riotous energy, each ear-splitting jam matched by uproarious applause and raised fists.