We can all name a few of those bands whose fans insist on wearing the artist’s T-shirt to their concert. They’re the sort of groups that garner superfans who care little about that faux pas – Radiohead, Tool, Slipknot, Metallica, AC/DC and Phish, to name a few. But Ratatat?

Indeed, more than half of Wednesday’s audience for the NYC-based instrumental-electro duo’s gig at Pomona’s Fox Theater – a stopover between Coachella weekends – were sporting official band garb. A certain degree of eagerness wasn’t surprising; after all, they haven’t played a club show in Southern California for nearly five years. But fans’ rabid reaction throughout this performance spoke volumes about the outfit’s perhaps underrated impact and popularity. Multi-instrumentalists Mike Stroud and Evan Mast didn’t skimp on showing gratitude for that loyalty: their 75-minute set was nothing less than explosive from beginning to end. 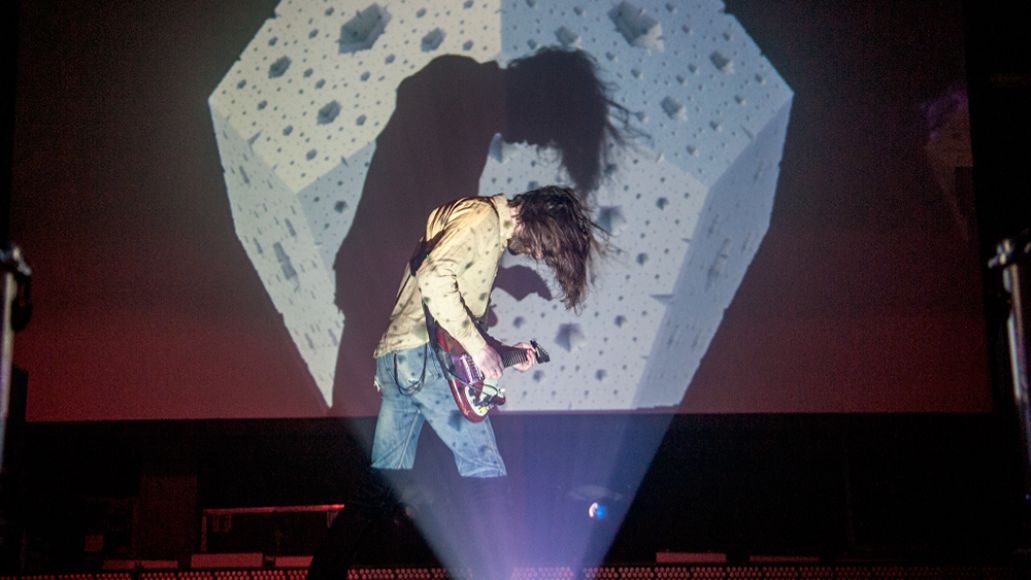 While that band/fan synergy undeniably peaked with older bangers like “Loud Pipes”, “Wildcat”, and “Seventeen Years”, the response was nearly as fervent during a hat trick of new tunes (presumably samples from forthcoming full-length LP5).

Show opener “Pricks of Brightness” was somewhat of an exception in that regard, though its more subdued, video game-inspired sounds served as an effective ease-in intro. “Cream on Chrome” came across more bubbly and bouncy with Stroud’s guitar imitating a steel drum between his silhouetted shred sessions. And “Abrasive” saw the two exploring their most straight-forward indie rock sounds before giving way to a screeching ‘80s-metal-toned guitar maelstrom that faded into a Western-gallop bass solo outro. 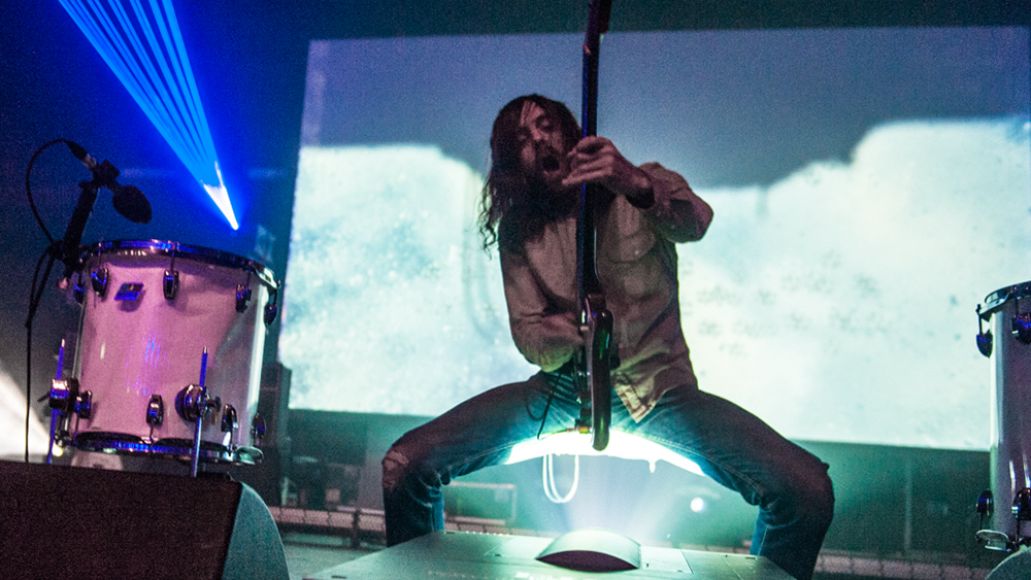 As much as their trippy, predominately avian visual projections have become signature elements, so are those high-octave guitar flurries. Save for encore-kickoff “Gettysburg”, which featured a continual barrage of screaming axe sections, the solos typically pop up once per song. They’re so fucking catchy and just short enough that you always want them back immediately, making them as hook-worthy as any booming beat drop. It was encouraging to witness the largely teenage crowd cheering with equal ardor for either techniques.

That multifaceted sonic appeal holds the secret to the duo’s persistent relevance. Yet it’s also owed to their ethic of always pushing the envelope of experimentation – they achieve a miraculously infectious marriage of the weirdest possible samples (see “Grape Juice City”) with scales that burn in the brain like the sunlight-bright lasers shooting outward throughout the show. No one else sounds like Ratatat, and no one ever will. 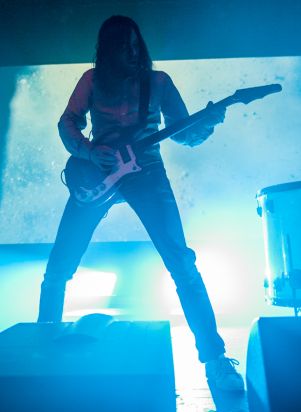 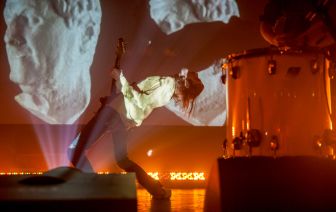 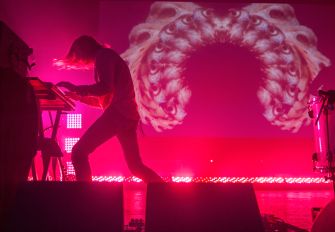 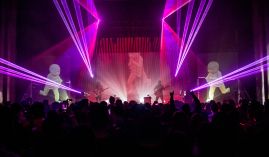 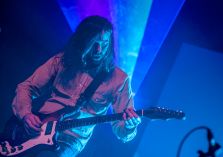 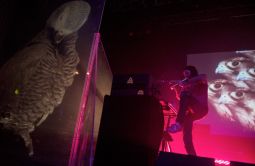 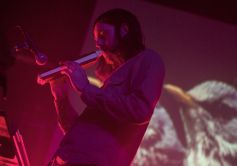 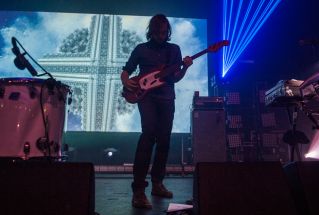