Speedy Ortiz wasted no time in showing a sold-out crowd at Bowery Ballroom why their new record, Foil Deer, features quite a few future set staples. The Northampton quartet kicked off the show with the one-two punch of “The Graduates” and standout track “Raising the Skate”. On the former, the subtle synthesizer laced throughout the studio version stood out prominently live, adding a noticeable psychedelic feel previously unheard on Speedy Ortiz’s songs. The latter has the potential to become surefire encore material, as singer Sadie Dupuis’ swagger as she sang, “I’m not bossy, I’m the boss/ Shooter, not the shot” energized the crowd alongside the swelling guitar riffs.

Earlier, Krill opened, followed by Mitski after brief technical difficulties. Singer Mitski Miyawaki’s voice impressed, hauntingly pretty on slow burner “I Want You”. The room became so quiet that I could hear the sound of my camera’s shutter snap. She elicited a huge cheer from the crowd on “drunk walk home” when she sang, “Fuck you and your money/ I’m tired of your money” over booming, militaristic drums before the track gave way to her raw screams. Miyawaki concluded Mitski’s set with two solo songs, and the fans were well warmed up for Speedy Ortiz. 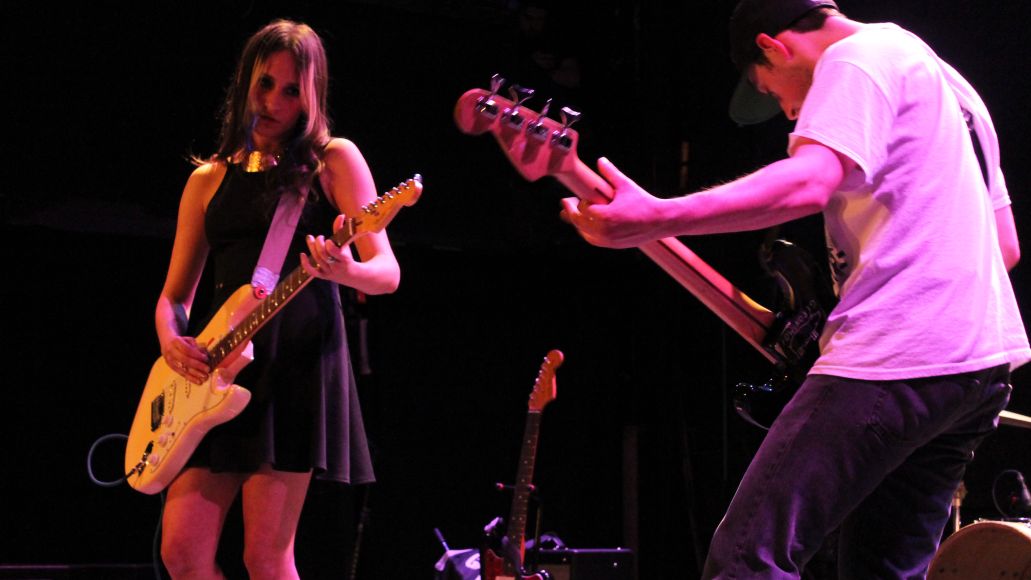 After “The Graduates” and “Raising the Skate”, “Dot X” and “My Dead Girl” gave Speedy Ortiz guitarist Devin McKnight the chance to show off his chops, as he unleashed two searing guitar solos. For most of the night, McKnight and his bandmates kept the banter between songs slightly sarcastic, flatly rejecting audience suggestions and making up ridiculous meanings behind tracks. (“This is a song about bronies,” Dupuis quipped before introducing “Zig”.)

However, after Sports EP’s “Indoor Soccer”, Dupuis opened up to the crowd. She talked about growing up in New York and how her father had recently passed away, which had taken a toll on her: “It’s really fucking horrible. It sucks. He was so stoked that we were playing here.” The room became respectfully hushed, then erupted in applause when Dupuis continued, “I feel like I’m playing for him a little bit.” 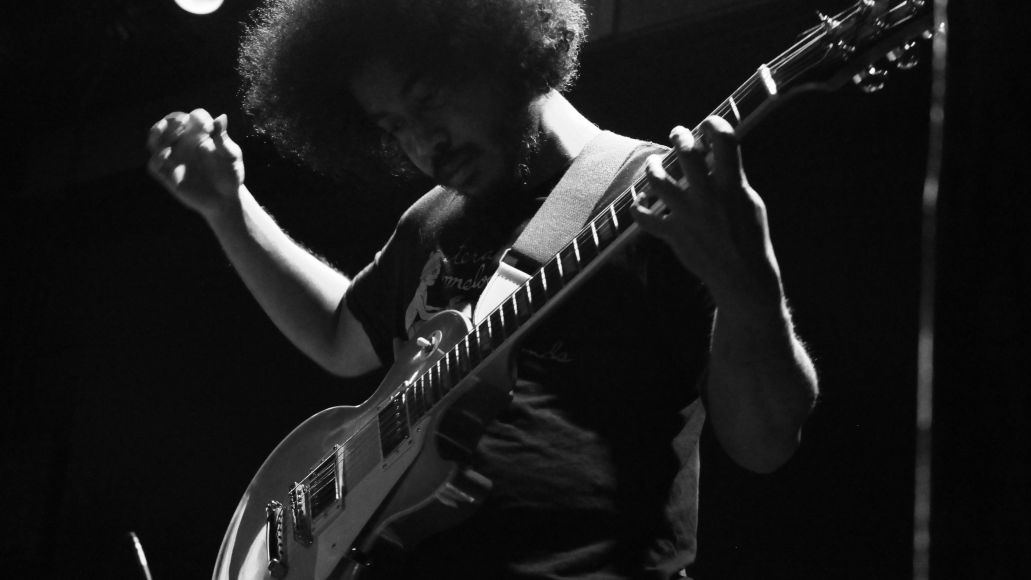 Speedy Ortiz managed to raise the spirits of the crowd with their closing songs. After the bandmates agreed to their shared distaste for the theatrics of encores, the band simply powered through the rest of their set without walking offstage. The not-quite-encore comprised “Swim Fan” (a 2012 throwback B-side to “Taylor Swift”) and a fantastic rendition of “American Horror”. It’s easy to see the band are still most comfortable with the older material, as Dupuis pogoed around the stage and the bandmates headbanged together over the reverb-filled riffs. Speedy Ortiz’s star continues to rise as they graduate to bigger rooms, but their live performance is grounded in a basement-show ethos that’s a little rough around the edges – and damn fun. 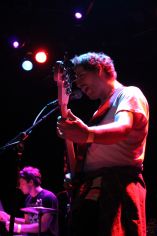 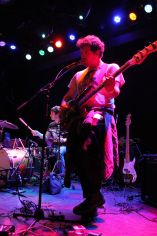 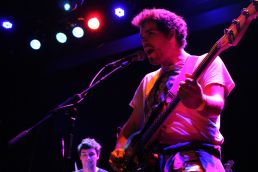 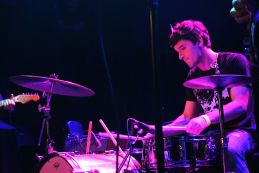 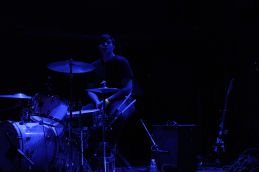 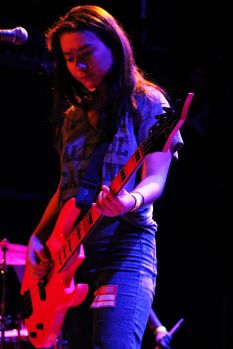 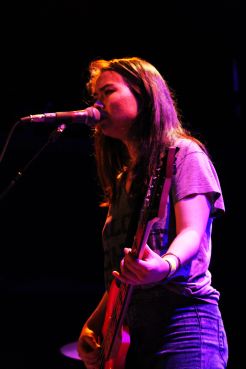 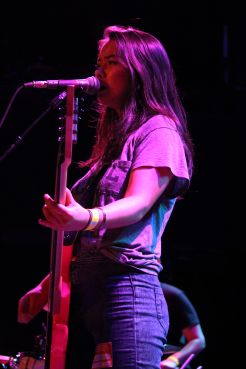 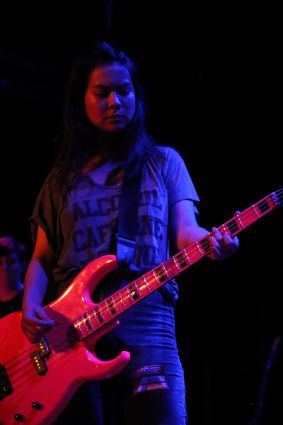 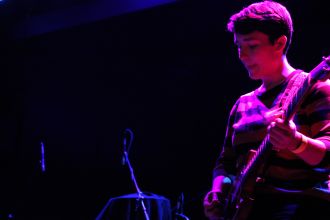 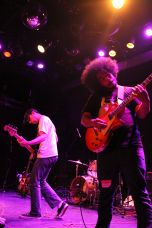 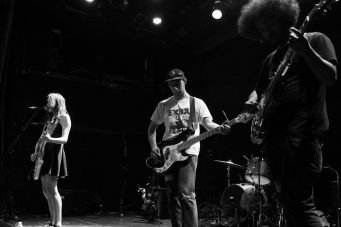 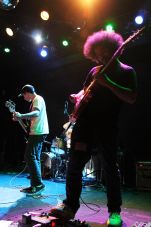 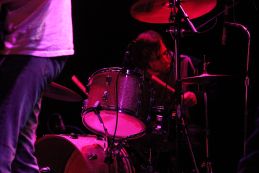 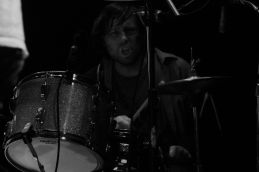 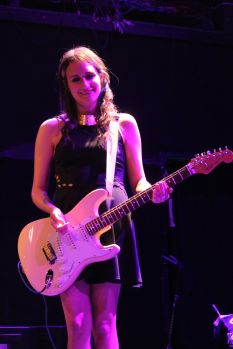 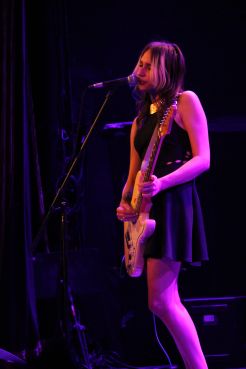 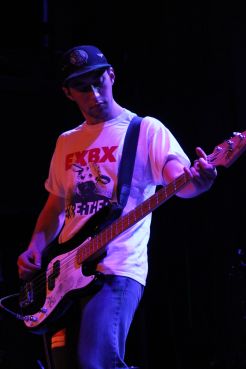 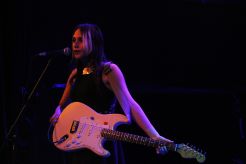 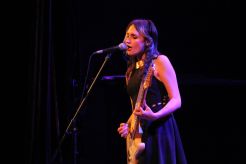