It can be easy to forget that house all started here. In the 38 years since Frankie Knuckles started DJing at the Warehouse, the South Loop nightclub for which the genre is named, electronic music has been bleached, sanitized, and ported into the mainstream. The new global ambassadors for EDM, if we’re to go off that TIDAL keynote, are three guys who wear expensive full-face masks when appearing in public. That’s what dance music looks like now, but that’s not where it was born; it happened here, in Chicago, as a praxis for black and Latino gay men to cultivate their own utopia.

Chicago house legend Frankie Knuckles died a year ago yesterday, and his funeral still hasn’t stopped. Last night, Boiler Room Chicago filled Smart Bar with the second of two dance parties honoring the DJ’s life and commemorating his death. Knuckles himself performed at Smart Bar throughout his life, and he celebrated his last birthday there just two months before he passed. The basement club nestled beneath the Metro made the perfect venue for generations of electronic music fans to gather in honor of the artist who paved the way to what so much music sounds like now.

Four DJs spun real vinyl inside Smart Bar’s walled booth. The Boiler Room cameras rolled, broadcasting the night to anyone who wanted to drop in remotely, while the dance floor filled with people underneath two disco balls. It felt like an evening locked in time: no glowing Apple logos to be seen, just grooves and needles and careful timing from some of the city’s most skilled turntablists. 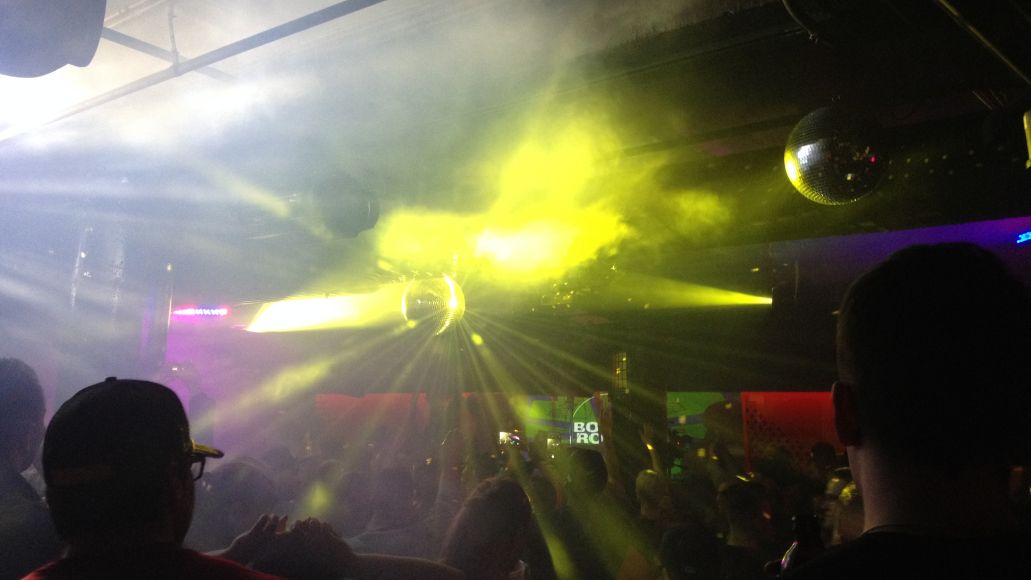 For the evening’s first set, Elbert Phillips inflected steady house pulses with soulful vocal clips. Lyrics like “Take me back to paradise” reverberated throughout the room, which was still just warming up — this was an early show, and the sun was up when we waited in line for the doors to open, but underneath the Wrigleyville sidewalks it started to feel more and more like midnight. Phillips’ set ended with a darker industrial turn as he passed off his spot to Alan King, who has been spinning house music in Chicago since it first bubbled up from the remains of disco. Even Knuckles cited King as an inspiration.

One of the original members of The Chosen Few, the collective of musicians largely responsible for popularizing house, King flexed between extremes through his set. He’d go from sparse beats to tight, knotty numbers, overlapping grooves to steer the pulse of the room. Michael Serafini of local record shop Gramophone took the third slot with a meticulous mesh of deep cuts. You could see him leafing through records at the back of the booth like he was parsing his own store.

But no one was better suited to carry us through to actual midnight than Derrick Carter, another Chicago house original and one of Knuckles’ close friends. He layered Gil Scott-Heron’s “Bicentennial Blues” over euphoric beats as the room reached the peak of its frenzy. Very little electronic music still manages to be escapist and also political; Chicago’s lingering pockets of classic house hit both notes. Last night was a tribute, but there was also something revolutionary about the idea that the nightclub can be more than a hedonist retreat. It can be a zone where the power structures that dictate how people normally relate to each other get checked at the door. 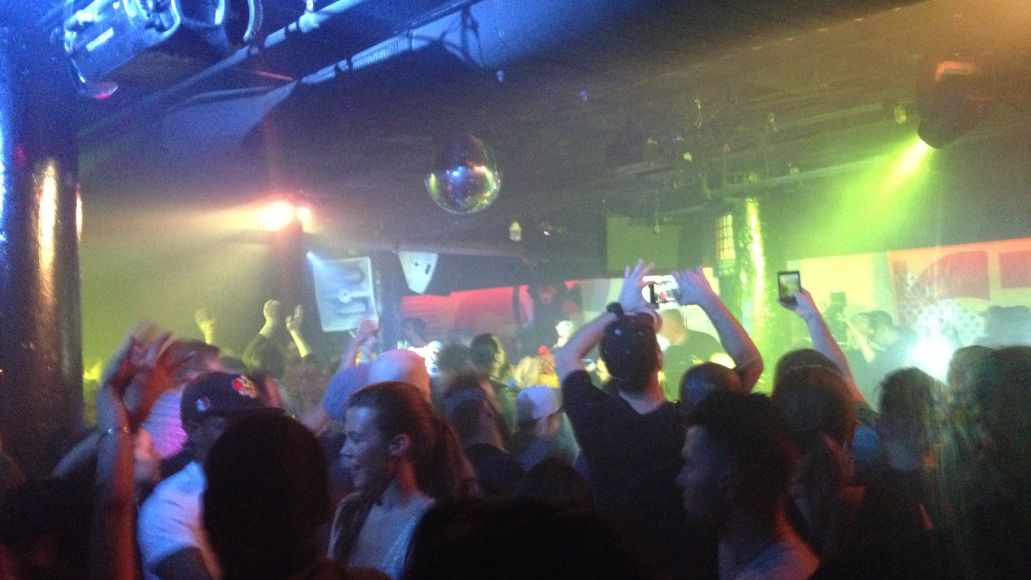 The role of the city as an outsider space has changed since Knuckles first envisioned house music as a respite from the oppression that governs the daylight hours. You still get the misfits congregating in clubs, but I was glad that the evening was streaming online. The nonlocal space of the internet has in a way replaced the city as a nexus of queer resistance. Not everyone gets to move to the city to escape an oppressive home life anymore; it’s too expensive, too oppressive in its own way. But there are gathering spaces online where queer kids can talk to each other, share music, escape in a mental sense from their surroundings. It’s not the same as the Warehouse — nothing could be — but it’s where we are now.

Boiler Room connected those past and present locales by bringing the club to the screen, free for anyone to watch (and still free for the next couple days). Seeing the night through a grid of pixels isn’t the same as being present in a room with other people, all itching for release to the same beats, but it democratizes a location-specific event in a way that wasn’t possible 38 years ago. I think Frankie Knuckles would have appreciated the spirit of that.