As someone who’s notoriously shunned technology, it was rather shocking when Prince decided to join Facebook and host a fan Q&A last October. His interest waned relatively quickly however, as he deleted the page after answering just one question. This morning, Prince’s Facebook page was re-activated with a pair of messages promising new music. 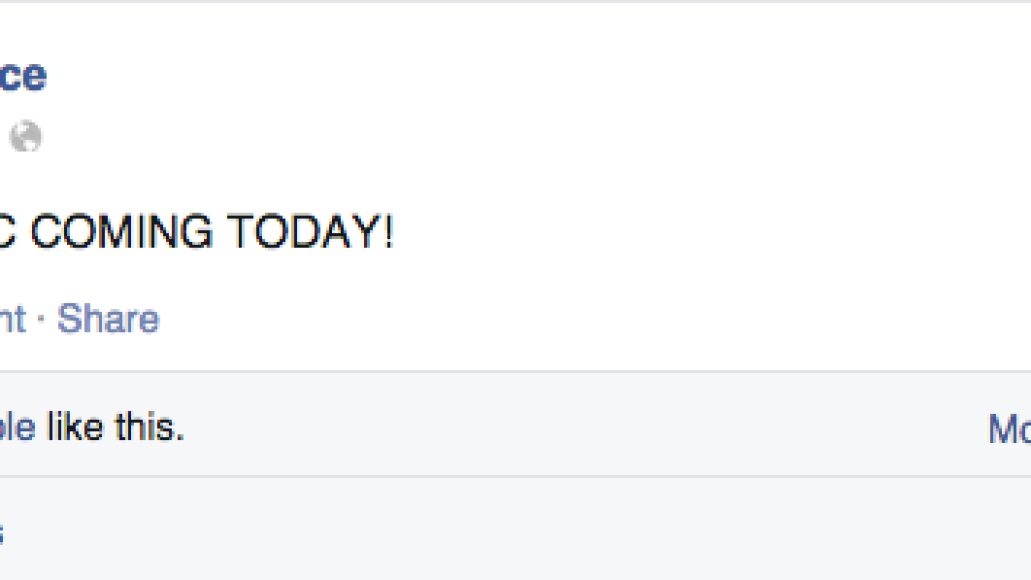 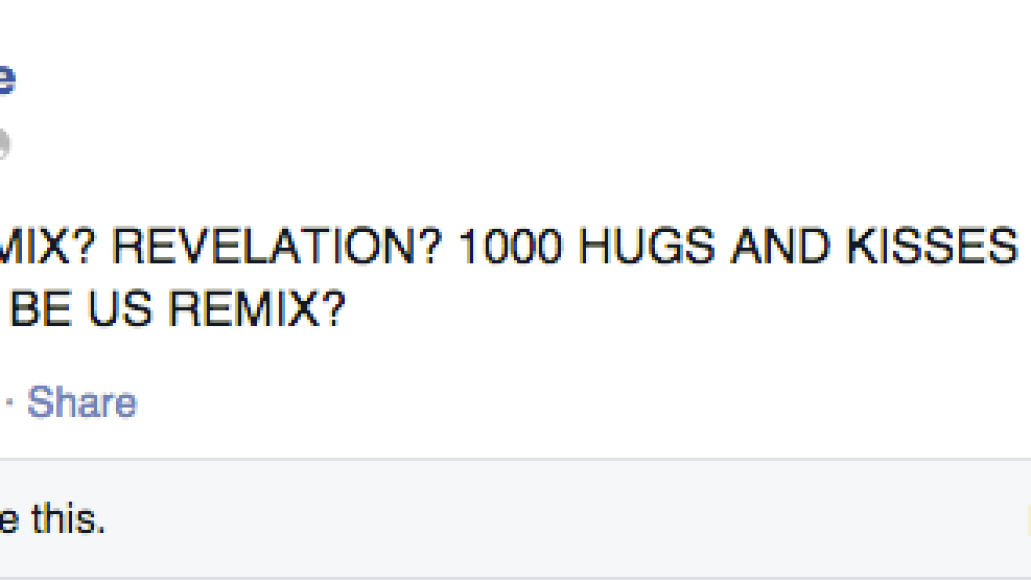 Sadly, it appears the real Prince was not the one behind these postings, but rather a hacker who managed to guess his password (‘Purple’, ‘Pancakes’, ‘New Girl’?). Either that, or Prince was feeling particularly self-depreciating — and hungry. 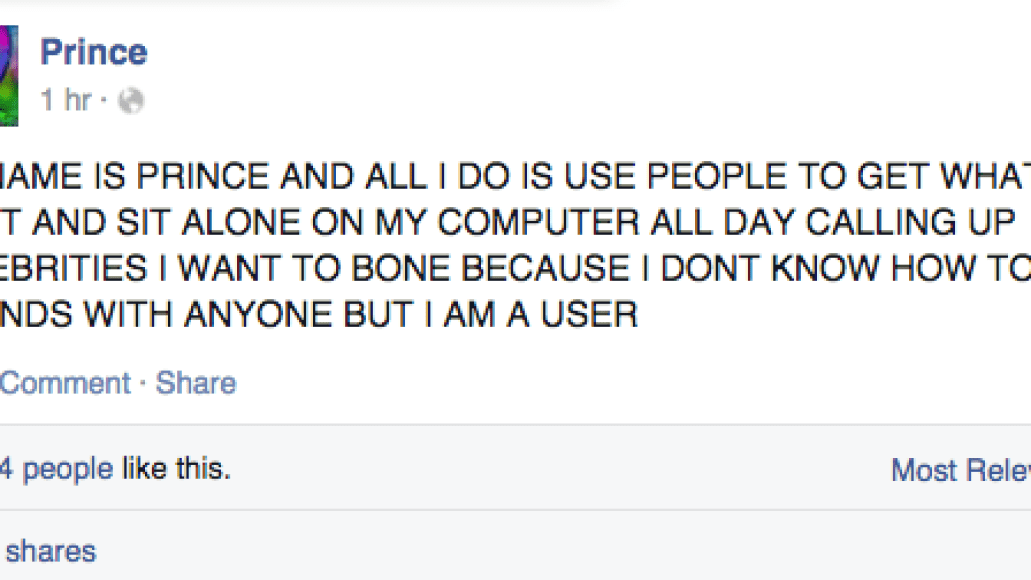 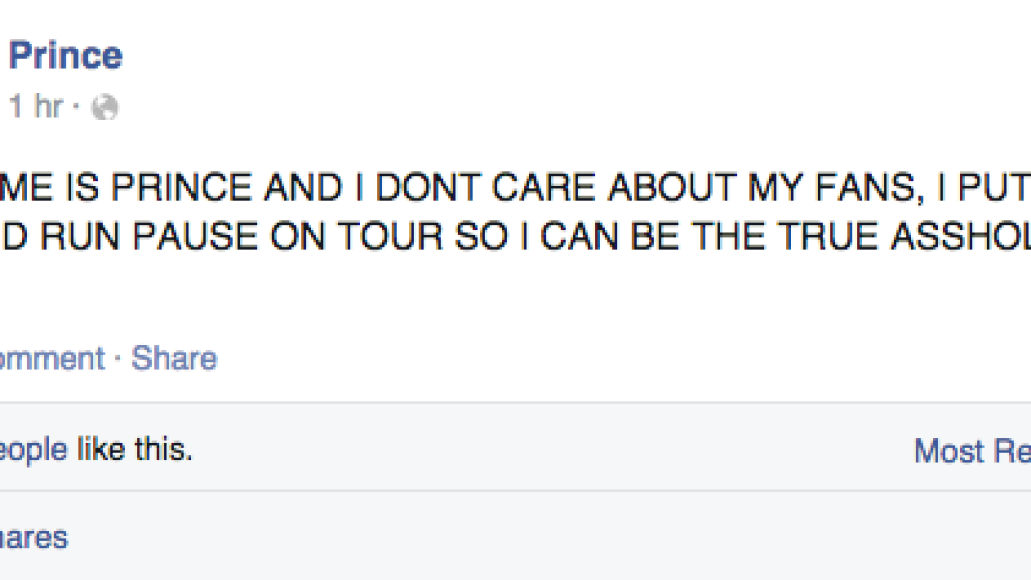 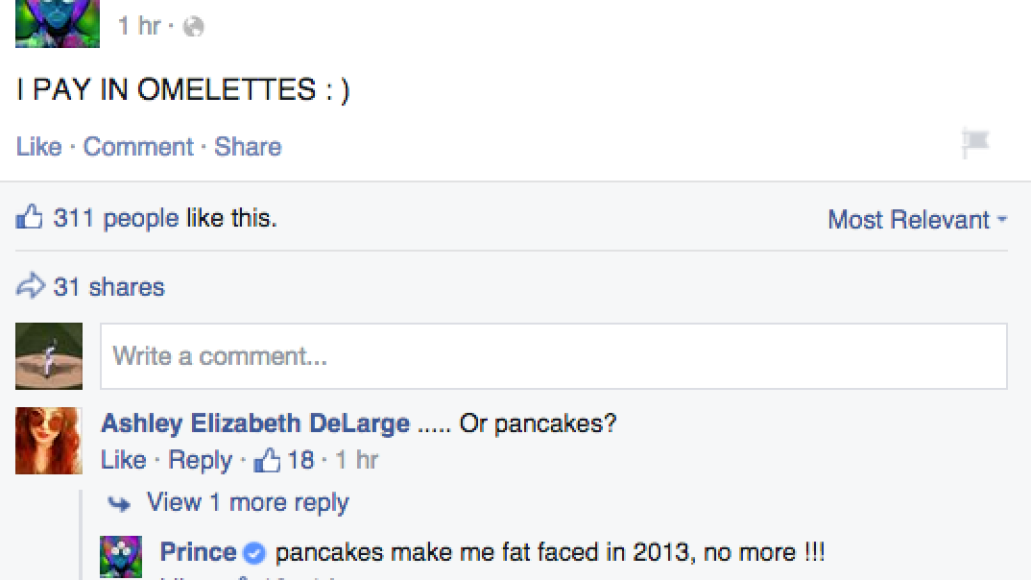 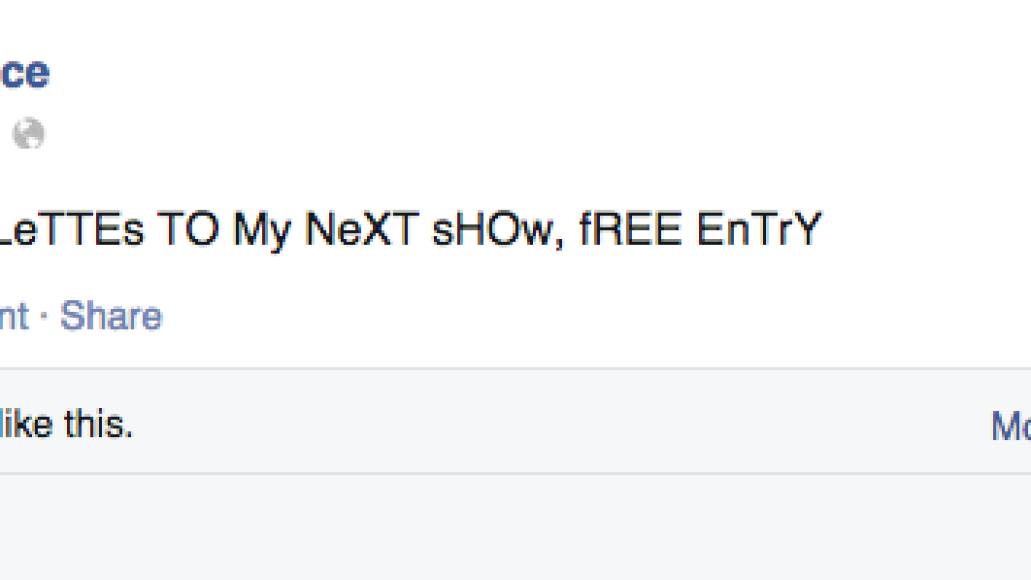 The page was taken down by Facebook a little after 10:30 a.m. Saturday. 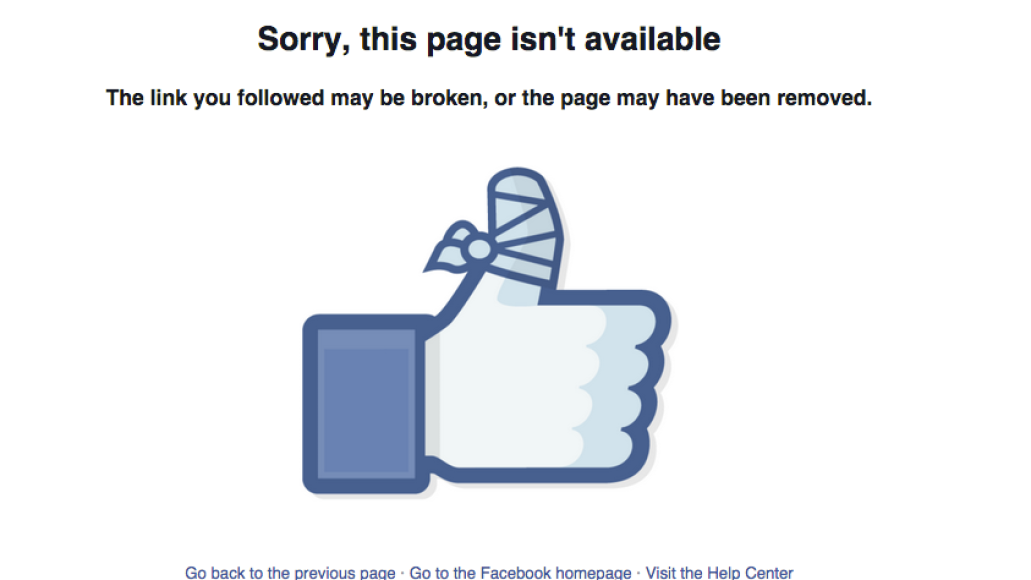