Festival d’été de Québec has announced the complete lineup for its 2015 edition. Known in English as the Quebec City Summer Festival, the event runs 11 days between July 9th and 19th throughout venues in downtown Québec City, including the largest outdoor main stage in North America located on the Plains of Abraham.

Pre-sale for tickets begins tomorrow, with general on-sale opening this Saturday, April 11th. All tickets can be purchased here. 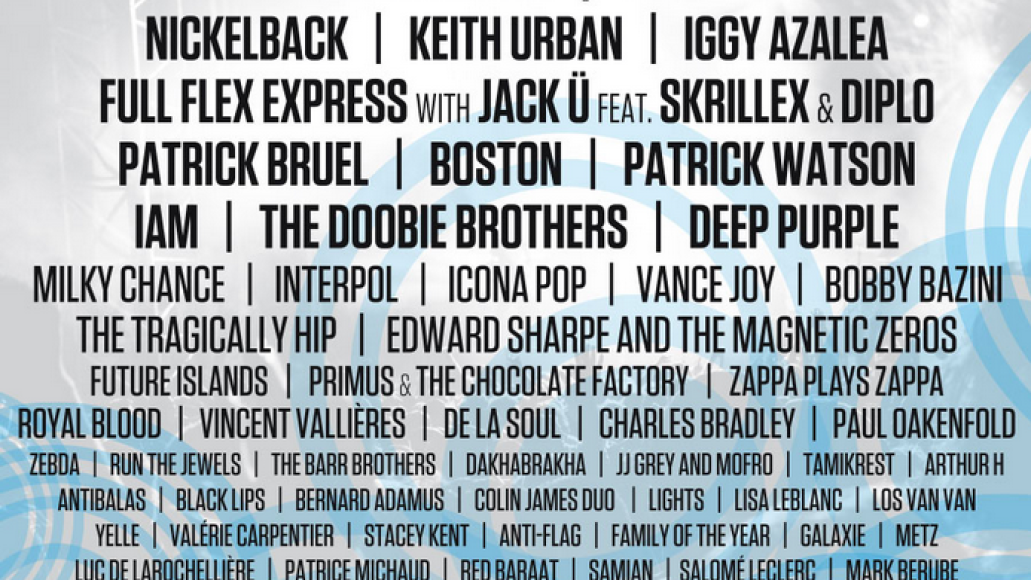