When Death Cab for Cutie’s last album, Codes And Keys, came out, nearly every review (including the one on this very site) noted how this was the band’s “happy” record — a collection of songs that reveled in the unadulterated joy of marriage, sobriety, and general stability. Although none of those three things have ever guaranteed one’s happiness on their own (What does, really? You have to work at that shit.), I get where the sentiment came from. At the time of Codes’ release, frontman Ben Gibbard had been married to Zooey Deschanel for almost two years and had traded in alcohol consumption for marathon running. As far as the public could tell, things seemed to be going well in his life, which the band conveyed sonically by turning down the post-rainfall guitars in favor of bouncier, vintage keyboards.

But music fans and critics tend to poo-poo all over positivity, preferring to think that — especially in the case of an introspective, melancholic, and, let’s just say it, emo band like Death Cab — the best art is bred from personal turmoil. So naturally, Codes and Keys was the band’s worst-reviewed record at the time outside of Plans (which seems really strange in hindsight, but that’s an article for another day), the blame usually pointing to Gibbard’s marriage for his songwriting’s perceived dip in quality. In a retrospective article, a Stereogum critic admitted to having once viewed “Deschanel as Death Cab’s Yoko, and I could never forgive her for it.” 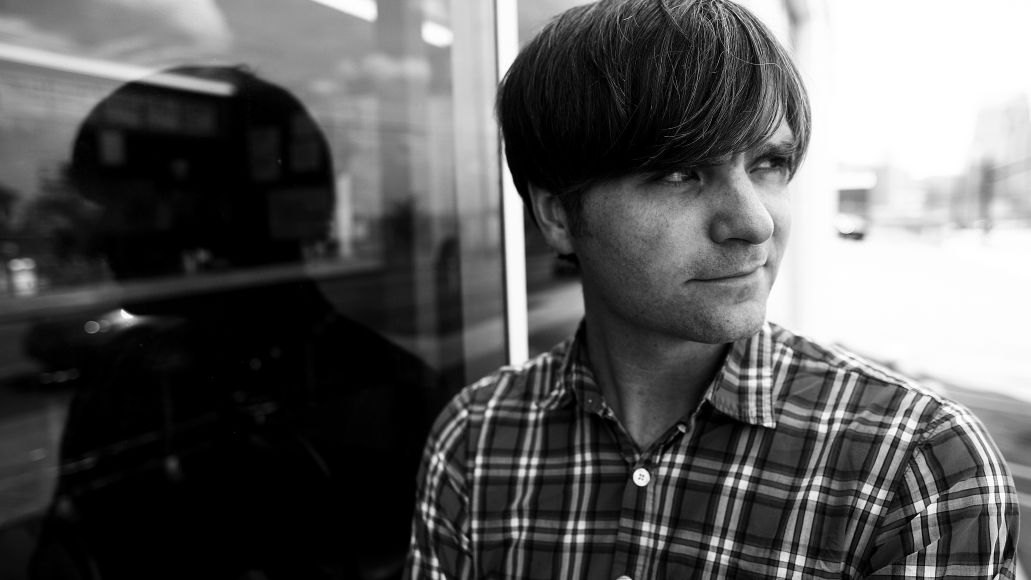 In that same article, Gibbard himself notes how “one’s creativity doesn’t die away simply because you introduce positive changes in your life.” And neither do problems. Most married couples have to contend with busy schedules, loss of intimacy, the temptation of infidelity, and various other romantic hardships throughout their lives together. Likewise, people start abusing substances to cope with boredom, depression, and good old existential dread, and you bet your ass those things still remain even after you’ve given up drugs or drinking. Simply put, being a human being is hard, which is why I don’t believe in unequivocally “happy” or “sad” albums. Most records have shades of both. Codes and Keys certainly does.

If that wasn’t immediately obvious upon its release, it sure was on November 1, 2011, when, five months after Codes’ came out, Gibbard and Deschanel announced their separation. Now to be fair, I didn’t give the album a spin until after the fact, meaning that, for me, its mood and lyrics were always colored by the couple’s split. Perhaps I was bound to view the record as more emotionally nuanced than “It’s so wonderful being married” because I — and probably many other fans of the album — went into it with a different context than a lot of critics. 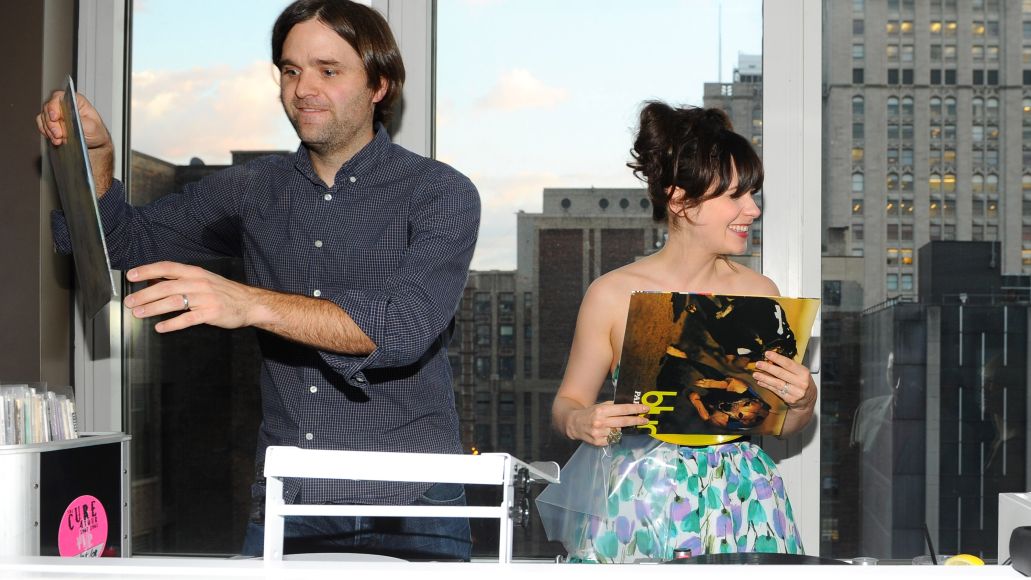 Before we continue, it’s important to note that Gibbard has never come out and confirmed that any of these songs are about his romance with Deschanel or the struggles that led to their divorce. His statements about the matter have consistently been more careful than concrete. “I feel that our music has always been really honest [about] the people we are now,” he told NPR. “I’m not necessarily writing about myself or my life. But … I would be remiss if I tried to continue writing in a solely melancholic voice, given the fact that now I’m a married man.” That’s not exactly hard proof of my theory, and that’s fine. As a songwriter, it’s his prerogative what he does and doesn’t reveal about the origins of his work.

Then again, such mystery leaves it up to the listener to decide what a song’s about, whether through the prism of their own life or the songwriter’s life. And as the listener, I’m deciding that the majority of Codes and Keys is indeed about Gibbard and Deschanel’s relationship. If you can’t get on board with that, then the rest of this article probably isn’t for you. The door’s unlocked and open for anyone wants to leave. Feel free to do so now.

Still with me? Great. Back to Codes and Keys. While my thesis is essentially saying that this isn’t Death Cab’s “happy” album, but rather a “pre-breakup” album, I’m also not denying that these are love songs. They are. They’re cautious love songs. They’re the kind of love songs Bruce Springsteen wrote for Tunnel of Love (also a synth-driven, pre-divorce record). The kind of love songs where the narrator’s trying to convince themselves that they’re still in love.

This sort of anxious reassurance permeates Codes and Keys right from the opening track, “Home Is a Fire”. On one hand, a fire is a source of comfort, something you huddle around in your living room when it’s cold. On the other hand, fires can obviously burn you, and Gibbard sounds more than a bit fearful of his surroundings as Jason McGerr and Nicholas Hamer build a restricting wall of hissing cymbals and monotone bass around him. “The bricks make me nervous,” Gibbard wails through a distancing voice modulator. “They’re only so strong, love.” As much as marriage can strengthen a relationship and serve as spackling, the mere word and concept of it aren’t what make a relationship succeed. It comes down to the two people within it. Marital success relies on each party transcending their flaws and fears to achieve a greater bond that hopefully lasts forever. Perhaps Gibbard is questioning his and Deschanel’s conviction from the get-go.

The self-doubt continues on the title track. If we’re assuming that “Codes and Keys” is about marriage (and once again, that is very much what I’m asking you to assume), then that means Gibbard’s comparing holy matrimony to two flies trapped in a jar, increasingly running out of air with every sound they make. Even the woozy strings from The Magik*Magik Orchestra that drive the song sound decidedly insectual — two tiny, winged beings trying to squeeze one more breath out of a limited amount of oxygen.

On “Doors Unlocked and Open”, the band transports us to the bottom of the ocean — another environment with little air — only this time, Gibbard grants the first-person narrator and his significant other a means of escape. “We’ll live in slow motion and be free/ With doors unlocked and open,” he sings. It’s as if the couple from “Home Is a Fire” has broken out of the confines of their brick home in the suburbs. There’s hope mixed in with the fear and doubt. Like I said, cautious love songs. Hesitant love songs.

It’s also worth noting that Gibbard attributes the hesitance to no one but himself on Codes and Keys, tying it back to his own fear of commitment and staying in one place. He’d dealt with these themes on several pre-2011 Death Cab songs, including “405” and “Tiny Vessels”, and here it comes out most prominently on “You Are a Tourist”: “If you feel just like a tourist/ In the city you were born/ Then it’s time to go/ And define your destination/ There’s so many different places to call home.” Even on “Monday Morning”, the song everyone seems to agree is about Gibbard meeting and then falling for Deschanel, he pleads for her to keep him at home: “I am a bird that’s in need of grounding/ I’m built to fly away, I never learned how to stay.”

Codes and Keys ends with “Stay Young, Go Dancing”, an ode to newlywed life that many publications have declared to be one of the sappiest songs Gibbard has written. They’re not wrong, although its sentimentality is also what makes it so hard-hitting. Only a guy who’s head-over-heels in love or, more likely, desperately just wants his romance to work out could pen a line like “When she sings, I hear a symphony/ And I’m swallowed in sound as it echoes through me.” As we know now, the romance in question didn’t work out for Gibbard, which renders the whole thing supremely sad yet honest.

Of course, it’s not just sadness and honesty that make Codes and Keys a better album than most folks give it credit for —it’s the duality, the clashing sense of trying so hard to keep something together and ultimately failing. It’s a triptych of yearning, devotion, and, in the end, heartbreak all recorded in real time. And that lack of self-awareness somehow feels more sincere than the album the band just put out, which seems to deal with the aforementioned topics in a much more open, head-on fashion. NPR branded Kintsugi as Death Cab for Cutie’s divorce record, but they’re wrong. The band already released their divorce record four years earlier, even if they didn’t know it at the time.