Welcome to Six Degrees, a new series at Consequence of Sound where we connect a seemingly unrelated musician or filmmaker to another via six degrees of separation. In other words, you ever have a conversation about pop culture and wonder how you went from point A to point potato? This is like that. For this inaugural edition, as part of Marvel Week, we’re going to connect the guaranteed box office smash Avengers: Age of Ultron to cult hip-hop impresario MF Doom. Get ready for a kind of connectivity you’ve only seen in the MCU. 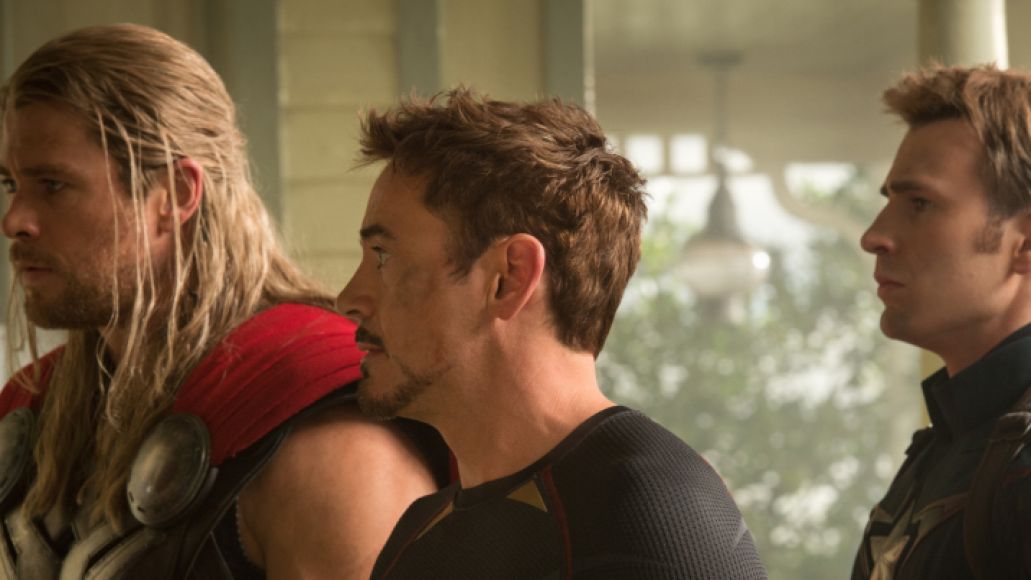 For the five readers that haven’t heard of The Avengers, or Thor, or Captain America, or comic book movies in general, welcome to the wonderful world of the Marvel Cinematic Universe. On Friday, we’ll be graced with the ultimate picture, Avengers: Age of Ultron. Well, at least the ultimate until those Civil War and Infinity Wars movies, have you guys heard?! They sound bananas! Like, Tony and Steve are gonna brawl, and Spidey’s finally swinging in, and we’ll actually get a glimpse at Thanos’ true power so we can stop asking our comic geek friends to explain who he is.

For now, though, Age of Ultron is yet another peak for the seemingly unstoppable Marvel movie business, made possible by the kind (read: money hungry) contributions of Paramount Pictures and now Walt Disney. Why Paramount let Marvel leave is baffling. It’ll be a cold day in hell before Disney lets go of distribution rights for Cap and Tony and Thor.

Still, Age of Ultron is the culmination of 10 prior films, developed ever so slyly to interconnect as well as entertain. And this chapter looks tops. Find someone that doesn’t want to see the second Avengers and you can call them a damned liar. However, none of this would have been able to get off the ground and flaunt the goodwill they’ve accrued were it not for a little film by the name of… 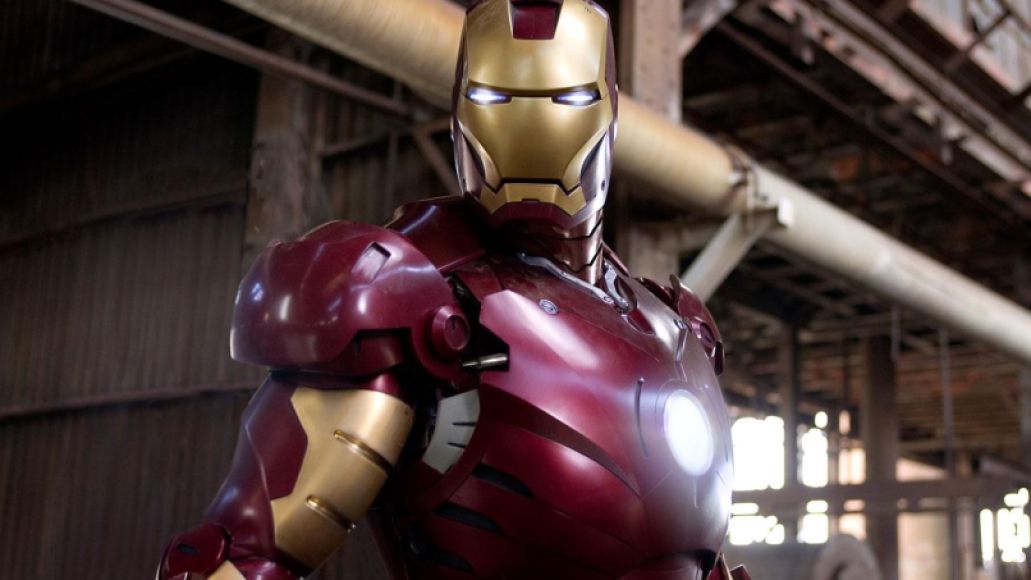 Here’s Mark I, the first step in Marvel’s populist scheme to take over the w … err, make mass appeal adventure and family films about some of Marvel’s greatest heroes. Or rather, make hay with characters not purchased by Sony or 20th Century Fox just yet.

Given the advanced technology and machinery on display, it’s no wonder Iron Man was in development for so many years. Or maybe it was just a bit of a trying experience to land a director and star for a once-considered dumb idea about a smarty pants in a red and yellow suit. Created in 1963 in issue 39 of Marvel Comics’ Tales of Suspense, Iron Man was conceived by Stan Lee, Jack Kirby, Larry Lieber, and Don Heck as a sort of “quintessential capitalist” superhero, according to Lee. The team supposedly dared themselves to make a character that readers might not like (a notion held true in the 2008 film), who turned into one of Marvel’s most popular names (also true of the 2008 film and its subsequent sequels). The comic attracted plenty of true believers.

The Iron Man property was nabbed in 1990 by Universal, and Re-Animator’s Stuart Gordon was going to helm Tony Stark’s story as a low-budget genre film. The idea went into turnaround until 1996, when 20th Century Fox nabbed the rights. Nicolas Cage was ready to rage inside the iron in 1997, but that time passed, likely because of the failed Superman Lives sucking up Cage’s time and interest. Then Tom Cruise was keen on playing Iron Man in 1998, and there was enough traction to get story treatments from Stan Lee himself. Quentin Tarantino, for a brief period, was interested in directing. Then New Line Cinema got the rights in 1999. Rumor has it that Fox thought they had too many comic films in development, which is the funniest thing in the world now. At one point, Joss Whedon was attached at New Line. Also incredibly funny. Then Nick Cassavettes was attached. Then Marvel took the rights back in the mid-2000s, started over with Jon Favreau, and, well, by 2008 the rest is modern movie history. However, we have to admit, that a huge amount of Iron Man’s success came from casting… 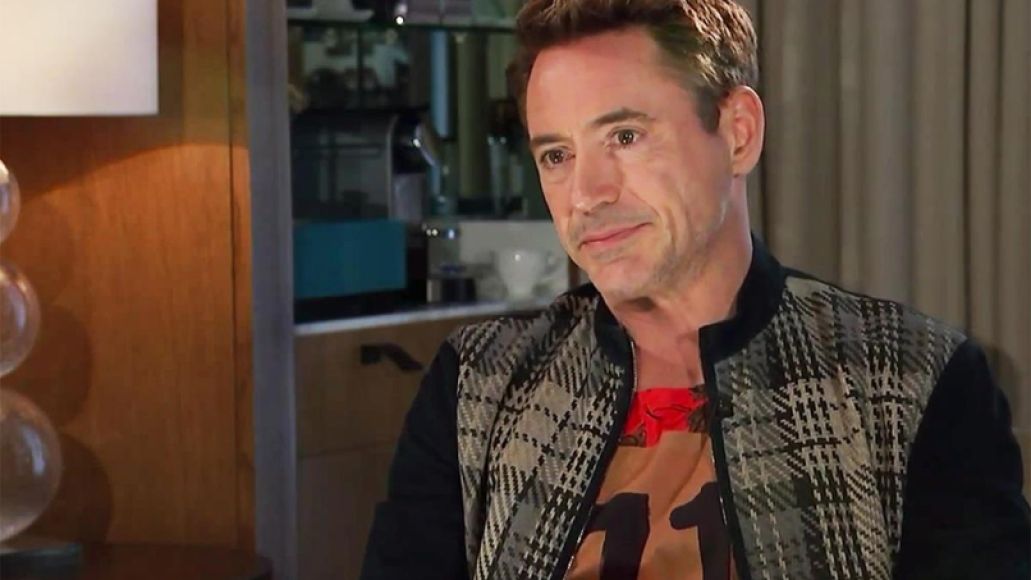 There was a time when RDJ was un-hirable in Hollywood. When Ally McBeal was considered his salvation after a million drug charges. When Marvel dreaded the thought of casting a man considered an insurance liability and haggled him down to half a million for Iron Man in 2008.

Now look at Iron Man and try not to think of Robert Downey Jr. as the adored “billionaire playboy philanthropist.” And he’s pretty damn close to the billionaire part, what with $50 million dollar paydays for both The Avengers and Iron Man 3. Downey and the suit are one, to revise Tony Stark’s quip/declaration. Downey Jr. was essential to Marvel’s rise; he brought something distinct off which the studio was able to piggy-back, and he’s pretty much the glue of the MCU. People loved him immediately, and when Iron Man broke bank, as well as got people talking about Samuel L. Jackson’s Nick Fury cameo, Marvel acted fast and added a mid-credit scene featuring Tony Stark for June 2008’s The Incredible Hulk.

And while that Hulk flick wasn’t as big as Iron Man, it still played an essential part. It officially proved that Marvel was building a universe, while showcasing Marvel’s green giant, and Hulk 2008 featured a strong, game cast with the likes of Ed Norton, Liv Tyler, William Hurt, Tim Roth, and… 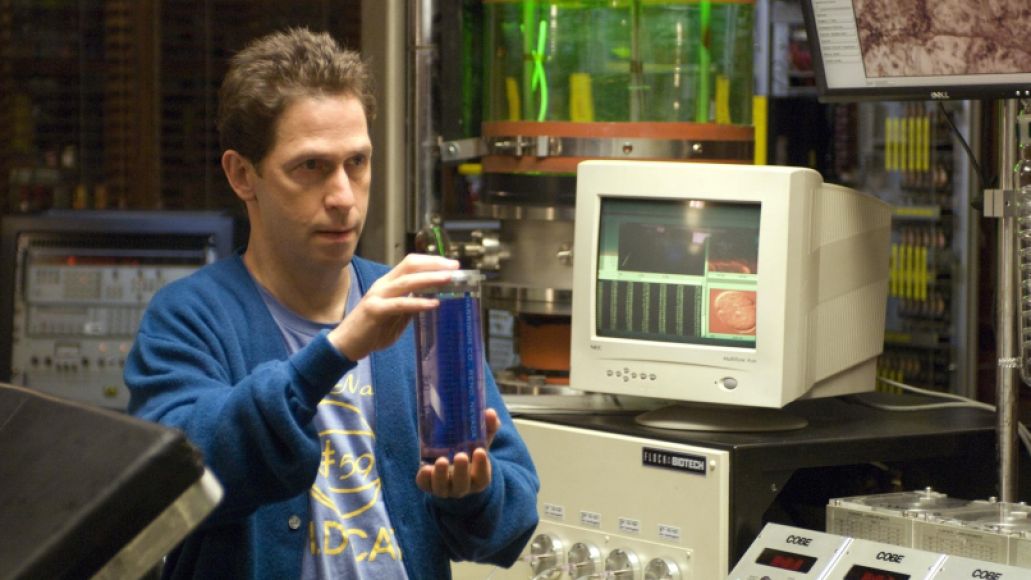 Well hello there! Here’s an under-appreciated actor if there ever was one. He was the soggiest of The Soggy Bottom Boys. He was terrific on Unbreakable Kimmy Schmidt as a sort of Andy from Mayberry on heroin. And Nelson got his brain enlarged (effects-wise) as Dr. Samuel Sterns in Louis Letterier’s The Incredible Hulk. And he did it with a wink and a smile, bless his heart.

In the movie, Sterns was Dr. Bruce Banner’s Internet science buddy that tried to help study, understand, and possibly cure Banner’s bad case of green-eyed madness. In the comics, Sterns transforms into The Leader, a green-skinned man huge of cranium with silly facial hair that attempts to learn about and wield Hulk’s powers. Nelson went full cornball as a brainy, excitable scientist, and was a needed bit of levity in the primarily serious production about a large green man with temper tantrums.

And now, Nelson’s crossing over. Maybe that’s because, according to his recent Tribeca Film Festival talk, Nelson refused to speak of his Hulk experiences. And maybe that’s because Sterns never got a proper follow-up, so Nelson is out of the MCU and over at Fox, where he’ll now be playing Harvey Elder, a.k.a. The Mole Man. (Well, when you have a niche actor playing wormy bad guys before they turn campy…) 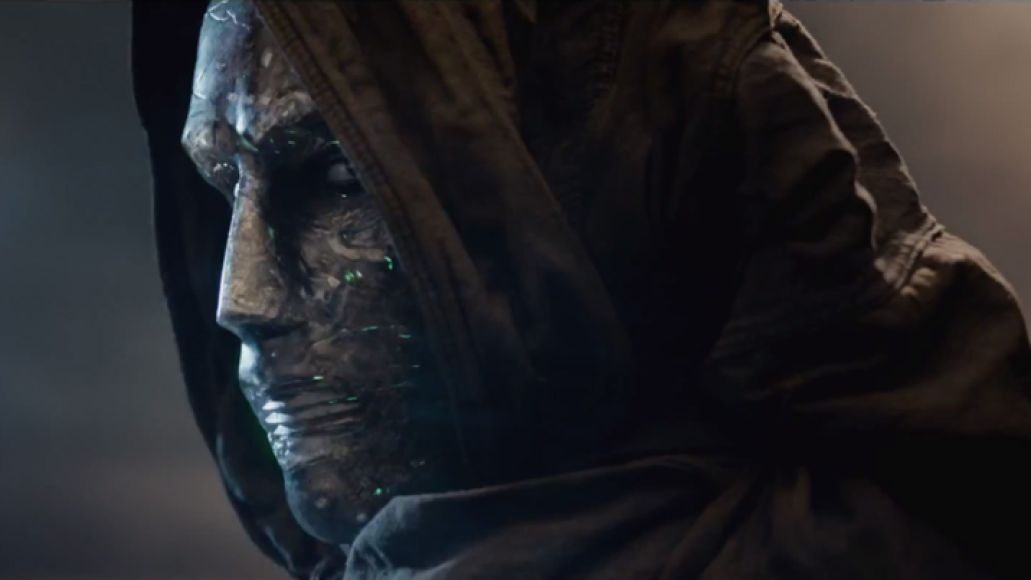 Kebbell’s been cast as Victor Domashev, a colleague among Richard Reed’s (Teller) crew of inter-dimensional government-sponsored scientists. Or, in more classical terms, Kebbell’s playing none other than Dr. Doom, in a cool and trendy update of Doom for the Millenials. No Latveria that we can see here. He’s hip, edgy, and in your face. If Doom got busy, then Kebbell’s Doom will get biz-zay!

Anyway, Kebbell beat out the likes of Eddie Redmayne, Domhnall Gleeson, Sam Riley, and Jack Huston. You know, young actors who always pop up in superhero movie casting rumors. Kebbell, however, has the wicked experience necessary to play the master villain, Dr. Doom. Kebbell was Koba, the war-seeking ape in last summer Dawn of the Planet of the Apes, and the grim little gangster Johnny Quid in RocknRolla. Now, it’s time for Doom.

Doom’s a classic Marvel villain, hard to make legitimate on film because of the pomp and flair and ego and voice and previous casting of Julian McMahon. He has a perpetual beef with Reed Richards, a resentful need to prove his intellect, and a deeply troubled background. He craves power, and will stop at nothing to destroy his enemies. And he’s inspired tons of people in pop culture, from Darth Vader’s appearance to the rap persona of… 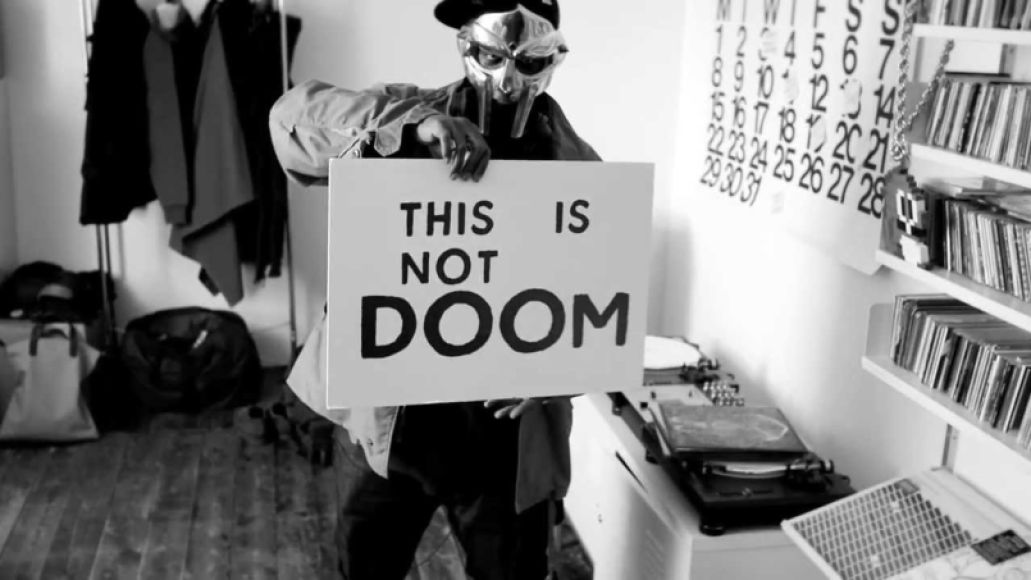 Daniel Dumile, better known as Metal Face Doom or MF Doom, has centered his whole persona around old comics, especially The Fantastic Four. Doom’s worn a Doom-like mask since 1997 as a means to anonymously perform, but the character took on a life of its own, and The Fantastic Four’s legacy has heavily informed Doom’s work.

Doom employed illustrations of the infamous Victor von Doom on a number of his Special Herbs beat albums. In 2003, Doom released the LP Vaudeville Villain under the name “Viktor Vaughn,” a play on “Victor von.” MF Doom also drew heavily on the Four in his sort-of concept album MM.. Food in 2004 by sampling old episodes of the 1960s Fantastic Four cartoon.

At times the samples are hysterical, as Doom loves to repeatedly take dialogue from the Hanna Barbara show, often announcements of arrival, or declarations of evil, for the nefarious Dr. Doom comic book villain, meant to double for the rapper as well. Yet it’s also clearly the work of someone just referencing something he loves, elevating his beats from kitsch to pastiche and homage. So, here’s to hoping Marvel never, ever sues MF Doom over copyright infringement.

And there you have it. We somehow got from Ultron to Doom.

Six Degrees of Marvel: From Avengers to MF Doom