In a move that will do little to quell the skepticism surrounding TIDAL, the artist-owned high-fidelity streaming music service has quietly increased its monthly subscription prices.

TIDAL’s premium plan, which provides users with unlimited access to its library at a bitrate of 320 kbps, is now $12.99 a month. That’s a 30% increase from its initial $9.99 price point (that’s the price still offered by Spotify for comparable service). Meanwhile, TIDAL’s HiFi service, which features lossless, high-fidelity audio, has gone from $19.99 to $25.99 a month.

Presumably, the price increase will further incentive artists to stream their music on TIDAL; according to Jay Z, TIDAL pays a 75% royalty rate to artists, writers, and producers. What’s unclear, however, is whether the new prices will apply to the service’s existing 770,000 subscribers, and why TIDAL gave no public notice of the price change. (It remains advertised as $9.99 a month on its Twitter account.)

Update: The price change apparently only applies to in-app purchases dowloaded from Apple’s iTunes store. (Apple charges a 30% fee off the top to users of iTunes store, hence the 30% increase.)

In fact, TIDAL’s only public announcement this week has been for an exclusive Jay Z concert in New York City on May 13th, during which he’ll perform songs that have never been played or not performed live in a decade. 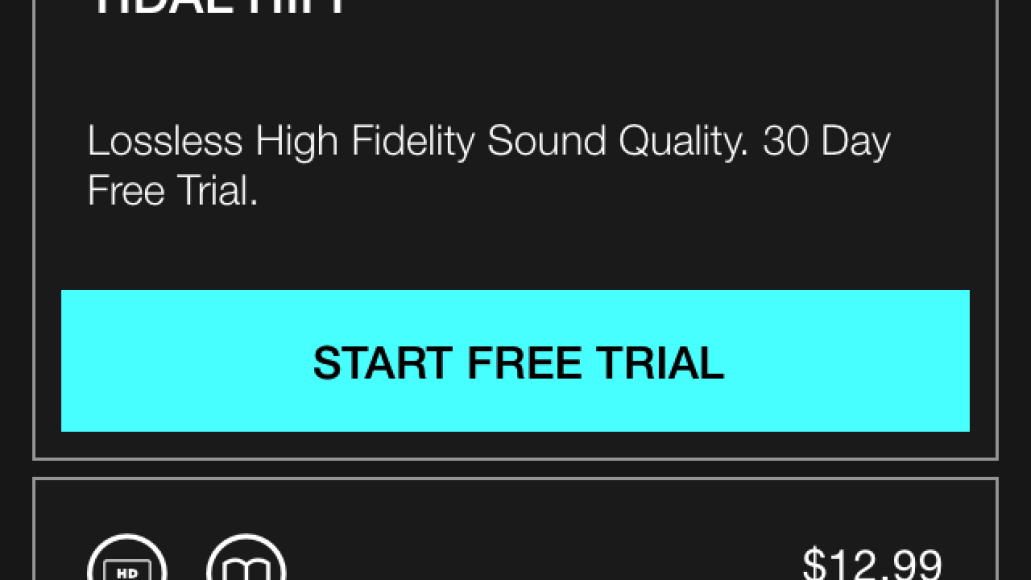