TIME Magazine is out with its annual list of the “100 Most Influential People,” and it includes one of the most divisive, forward-thinking minds in music. 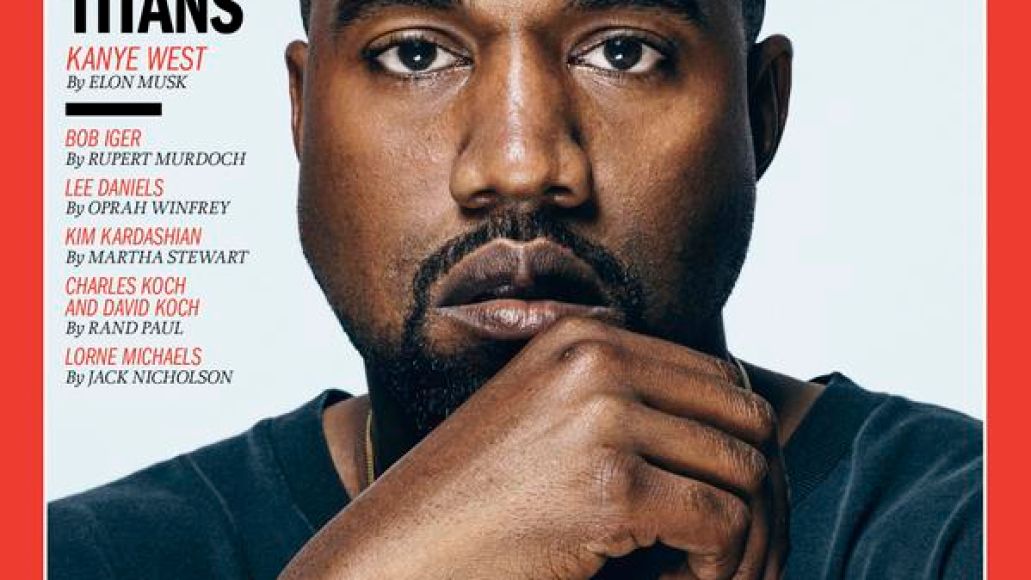 In an accompanying blurb, entrepreneur Elon Musk says of Kanye:

Kanye West would be the first person to tell you he belongs on this list. The dude doesn’t believe in false modesty, and he shouldn’t. Kanye’s belief in himself and his incredible tenacity—he performed his first single with his jaw wired shut—got him to where he is today. And he fought for his place in the cultural pantheon with a purpose. In his debut album, over a decade ago, Kanye issued what amounted to a social critique and a call to arms (with a beat): “We rappers is role models: we rap, we don’t think.” But Kanye does think. Constantly. About everything. And he wants everybody else to do the same: to engage, question, push boundaries. Now that he’s a pop-culture juggernaut, he has the platform to achieve just that. He’s not afraid of being judged or ridiculed in the process. Kanye’s been playing the long game all along, and we’re only just beginning to see why.

TIME has also shared a new video interview with Kanye in which he discusses his influences and aspirations.

Also featured on TIME’s list is Björk, who was crowned an “Icon.” Her blurb was written by performance artist Marina Abramovic, who said, “As an artist, [Björk]’s always on the edge of everything, but it’s not trendy because even when she is working with the latest technology, fashion, images or sounds, she is always offering her own, deeply personal world.”

Pop superstar Taylor Swift also made it as an “Icon,” and she’ll no doubt be pleased to learn that Law and Order SVU star Mariska Hargitay wrote her blurb. (Swift named her cat after Hargitay’s character Olivia Benson.)