Two of Twin Shadow’s tour buses were involved in a multi-vehicle accident on I-70 just outside Denver, Colorado on Monday morning. According to The Denver Post, two buses, two semi-tractor trailers, and a motor home were involved in the crash that occurred at 8:30 a.m. amid dense fog and heavy rain.

According to state police, 12 individuals were transported to a nearby hospital. Trooper Josh Lewis said that of the band’s two buses, the one carrying the crew was the most seriously damaged. “The only people transported were from the crew bus,” Lewis told the Post.

“I’ve been in an accident. I’m in pain but I am conscious. Help is here,” bassist and keyboardist Spencer Zahn reportedly texted his mother.

Update: The Post article has removed mention of the band members being hospitalized. The bus carrying Twin Shadow’s crew reportedly crashed into the back of a stopped semi-trailer, starting the chain reaction. The buses drive, 41-year-old John Crawford, was seriously injured and taken to the hospital. 11 other individuals on the bus suffered “minor to moderate injures” and were taken to two area hospitals. The other bus involved apparently carried the crew for the opening act, Thompson Square.

Officials have ruled out drugs or alcohol. “No charges have been filed but the case remains open,” they said in a press release.

Twin Shadow was scheduled to perform at Denver’s Bluebird Theater this evening, and the show has been canceled. Below, find more images and video from the scene. 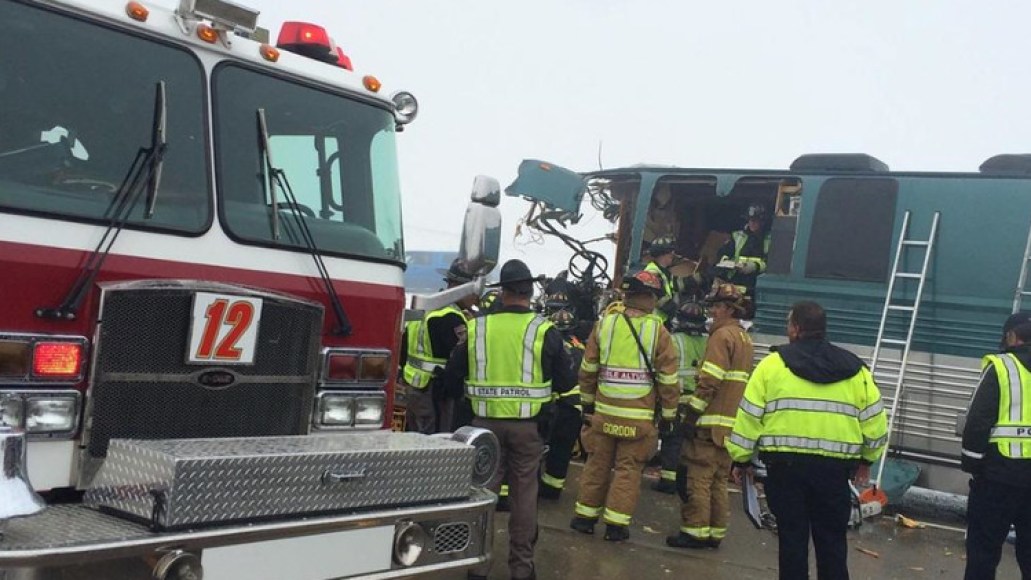 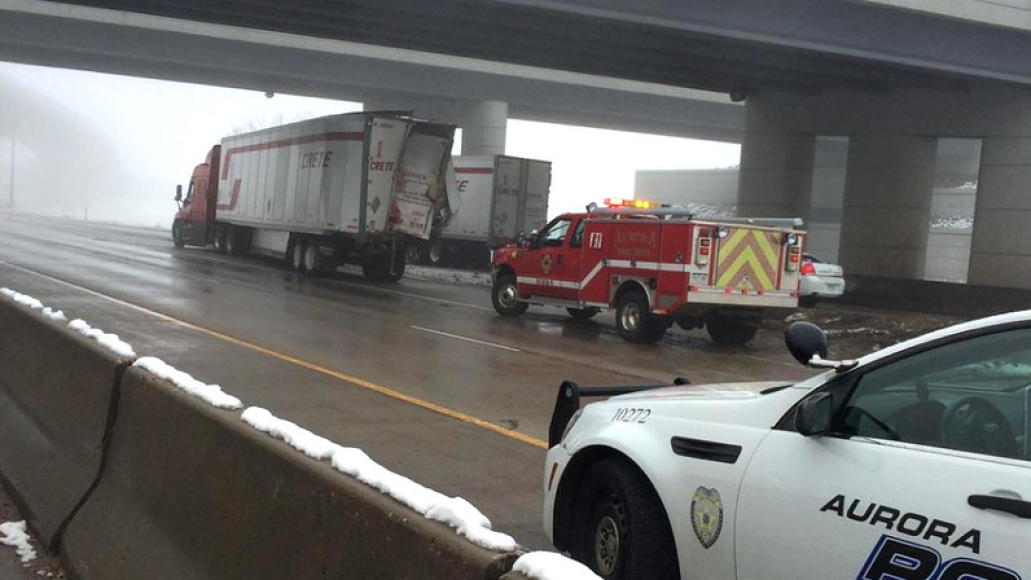 Check out the amount of fog. We can barely see out here. https://t.co/qdyJoEPYyy

There's some sort of debris laying in the middle of I-70. There's debris everywhere pic.twitter.com/7wvCTn0PFd

Here's what the scene looks like on the highway. pic.twitter.com/9cF0DNcecQ

State Patrol investigator is on scene and working the crash. pic.twitter.com/B6PfCGxD1V

A tow truck has arrived to move the bus pic.twitter.com/QyxV2lx1t3

Hard to tell from photo, but you can see right into the tour bus. Traffic is being detoured up and over the crash pic.twitter.com/UiGOiK1Uhy

The band's crew was on this bus pic.twitter.com/tgr8lbaCia