‎When Pavement released Wowee Zowee, they surprised everyone. The album came on the heels of two heavily-adored classics, 1992’s Slanted and Enchanted and 1994’s Crooked Rain, Crooked Rain, facing incredible anticipation and impossible expectations. On first listen, the 18-song release baffled most. Everything was rough. Nothing seemed logical. Stephen Malkmus sang (and shouted) like he couldn’t care less. But given time, and particularly the context of their later work, Wowee Zowee became the beloved oddball in Pavement’s discography. There’s rock, there’s blues, there’s ballads and punk and artsy changeups mid-song. Wowee Zowee is all over the place. That’s what makes it perfect.

By now, it’s well known that Wowee Zowee came under the knife of the press. Critics everywhere were thrown a curveball. The band responsible for “Cut Your Hair” and “Gold Soundz” wasn’t making smooth hits anymore. They were having fun in the studio, and that meant leaving those edges rough. The indie band got big, and now they sounded like a joke. The press felt they were being tricked. They weren’t going to take it.

Released in the spring of 1995, the year of guitar bands, Wowee Zowee was bookended by immediate classics like Guided By Voices’ Alien Lanes and Yo La Tengo’s Electr-O-Pura, only to be later joined by Sonic Youth’s Washing Machine, Radiohead’s The Bends, and The Smashing Pumpkins’ Mellon Collie and the Infinite Sadness. Pavement went head to head with phenomenal albums, all of which were easier to digest on first listen than their sporadic third LP. Critics didn’t have the time for Wowee Zowee, but it’s an album that needs exactly that. It grows with each listen.

Pavement had already raised the bar for creativity. Instead of sticking with the sound they had claimed as their own, Stephen Malkmus and co. loosened the musical ties around their necks, slapping their alt-rock fame slap in the face. They slowed down their songs and chose lyrics for their sound, not meaning. Everything seemed trivial and, because of that, Pavement seemed to bite their own tongues. Wowee Zowee was their chance to get impressionistic yet aloof, intentionally uneasy yet entirely unpredictable. Instinct became their best friend; it didn’t matter where exactly it led them. 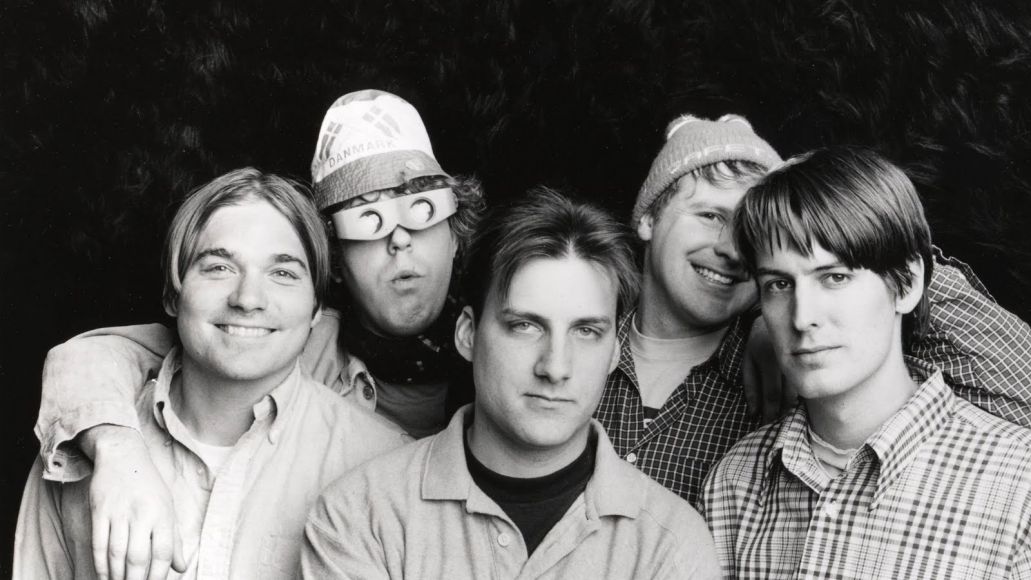 Growing up, I managed to never listen to Pavement. It wasn’t intentional; I just never bought their albums. Looking back, it didn’t really make sense. I worked at my college’s radio station, bought CDs feverously, and Pavement was my roommate’s favorite band (a fact learned when she said her AIM screenname was ShadyLane and I didn’t understand what it meant). Before I left for school, a friend made me a mix CD with “Here” on it. I had never heard anything so beautiful. According to iTunes, I listened to it 87 times. It was the only Pavement song I had ever heard. I remember looking them up on the internet, finding out they broke up, and giving some of their hits a listen. Nothing stuck. When my roommate noticed my ignorance about all things slacker rock, she dumped all six reissues onto a USB drive and thrust it at me. “You need this,” she said. I took it and thanked her, blushing. Digesting their catalog as a whole like that was frightening. This is a band that matters. This is a band that changed lives. This is a band that could very soon change yours. The very thought of listening becomes intimidating, excitement overshadowed by a fear of somehow doing it “wrong”, as if it’s possible to listen incorrectly.

There were exactly 217 songs on that USB. Considering the reissues contained EPs, B-sides, and outtakes, it wasn’t a surprising number, but that didn’t make it any less overwhelming. I looked at the massive scroll of 217 songs. The number burned my eyes. How was I going to catch up? How did I miss this part of music history? How blissful would it feel to understand where today’s musicians got their inspiration from? Every other week, I would pick an album from the bunch and give it a go, starting at the beginning and listening in order, but I never made it that far in. Most times I would only listen to the first five or six songs. I tried, but I didn’t get it. I was embarrassed. I didn’t understand what Pavement’s “it” factor was. No matter how much I wanted it to, it wasn’t clicking. These songs didn’t have the same weary sorrow as “Here”.

Nearly a year later, I was sitting in my kitchen with headphones on, eager to hear something new. That’s when I passed Wowee Zowee. I stopped, scrolled back up, and started at the album art. Steve Keene’s bizarre painting seemed so fitting. “Pavement?” a man says to the animal next to him (is it a goat or a dog? I could never tell), whose only response is a dead gaze at the viewer with the album’s title floating in a thought bubble above his head. Keene’s strokes of blue paint merged high art techniques with the structure of a low-brow comic book. It was a three-way conversation opening it up to include a fourth member, the listener. Why not? I hit play.

Those opening measures of “We Dance” were exactly what I had been looking for. The acoustic guitar and solitary piano rung out with the same hollow despondency of “Here”, sighing heavily but carrying along. “We dance, we dance, we dance/ But no one will dance with us/ in this zany town,” Malkmus sang, rambling on about Brazilian nuts and castration fears. This was the gateway song, the sad, mental, chill sound I wanted to discover in their discography but gave up on finding. Pavement sounded so beautiful.

“Rattled by the Rush” came after and dueling guitar solos kept me hooked, a casual harmonica popping in throughout. Why didn’t I listen to this before? Faint cymbal tittering started and “Black Out” kicked on. It’s barely two minutes, but it transported me to another place. Then Malkmus sang one of the most beautiful, subtle, personal lines: “Count to 10 and read until the lights begin to bleed.” I ran out of my chair, pulled a moleskin off my desk, and ran back into the kitchen, scrambling to take the pen’s cap off before the line drifted off. It just felt right. For whatever logical or illogical reasoning, Wowee Zowee was the album that made me finally understand Pavement.

The rest takes shape in a weird, unusual structure. The slapstick bite-me of “Brinx Job” comes out of nowhere, breaking the album’s mellow tone like friends battling over the soundsystem at a party. Then it’s back to that rainy day sound. That beautiful twinkling guitar in “Grounded” cools things off, reminding you of Pavement’s songwriting genius. The album’s sequencing is an inner war of personal wants and betrayals. It never ceases to be amusing. Pavement are telling you what to feel when they feel it, jerking you back and forth, but never to take it seriously enough to care. 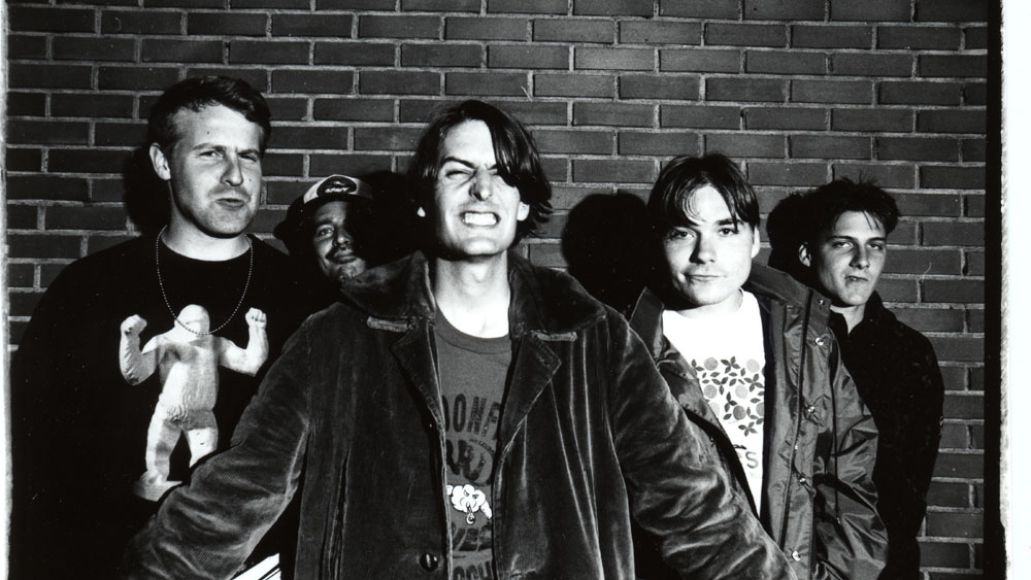 When Pavement sent Wowee Zowee to the press for reviews, they made a point of messing with the order. Publications received different mixes with various sequences and alternate titles (like “Genna Genna Ration” instead of “Fight This Generation”). Should reviewers get angry after realizing this, Malkmus stuck a short written statement in the press kit: “Do you like progress? Not me. Progress is predictable and predictability involves science. I want nothing to do with science. Life is not a chemistry test. We spend our time in the smoking section, killing ourselves slowly, avoiding the light at all costs.” Pavement didn’t care about structure, and because of that, everyone else did.

Wowee Zowee is the encompassment of the “slacker rock” tag. There’s the random addition of woodblock in the lackadaisical “Motion Suggests Itself”, the shrill wooing of “Kennel District”, and the underwater blubbering of what sounds like David Bowie with a cold on closer “Western Homes”. Pavement got sloppy because they were tired of being stiff, like the kid in class who’s ridiculously smart but never feels like doing his homework. It’s an album that isn’t afraid to commit to the importance of languor. If that makes it hard to digest on first listen, so be it.

Being a slacker (which, it should be reiterated, is loosely defined given how relentlessly Pavement toured) never sounded prettier than this. Everything seems to fall perfectly into place, even if it’s messy. “Fight This Generation” changes gears halfway from gentle lollygagging into a rebellious fist in the air stomp. “Flux = Rad” storms with a fuzzed-out chorus, steam pumping from their instruments. “Best Friend’s Arm” sounds like an early, unfinished take as Malkmus coughs over the intro, keeping things loose but smart, held together by the stable backing chorus of “I can see.”

The album peaks with the masterful pairing of “Grave Architecture” and “AT&T”. The prior kicks off with a beautifully toned guitar line and Malkmus’ warm welcome: “Come on in”. A huge wall of warmth cushions the song throughout, allowing short, sunny strums to punctuate his comically long drawl listing the song’s title, stuffing as many As into the name as he can. Its peak comes with the extended outro, a stuffy, dissonant, clouded combo of warped string bends and dizzying guitar overlaps. The only thing to make that cut ending work is by bleeding into “AT&T”, the record’s most fun sing-a-long. Malkmus goofs around with every word that leaves his mouth, splicing the melancholic verses with a chorus that grows giddier every time. By the time he counts off for you to join in wailing nonsense two thirds through, everything has gone to hell. It’s a pairing meant for long drives with the windows down, where you can scream along with no real note to hit, just sounds that are meant to leave your mouth because they can.

When talking about Wowee Zowee, Bryan Charles’ 33 1/3 book must be mentioned. It’s a welcoming first-person approach that’s as heartfelt as it is informative, and, most importantly, speaks to the album’s importance in the band’s catalog and in music at large. Charles is nervous to be speaking with the band members, the label executives, the Virgin megaheads, and the quiet producers. His fears are as real as his love. He’s a fan who, like most everyone else, had a personal connection to the album by discovering it at an unexpected time and returning to it with new eyes over the years. He brings it to life with the undeniable passion of a fan speaking with a critical eye and battered heart, not the purple prose of a music critic reaffirming their role.

In 2006, Matador Records released Wowee Zowee: Sordid Sentinels Edition. It’s the version I grew up with, where B-sides and live sessions further expand the album’s fragmented style. That collage of hyper-motivational, wild, freeing styles makes structured bits “Give It a Day” and “Sensitive Euro Man” just as important as loose numbers like “Gangsters & Pranksters” and “Painted Soldiers”. When tallied up, it’s 48 songs and two and a half hours long. That seems like a lot of time to commit to an album. Trust me, I know. What Pavement created on this album, though, is ultimately impossible to explain. It’s about the personal experience of draping their spacious songs onto the parts of your life that need new clothing. As each year passes, the songs feel different: softer, warmer, funnier. Lend Wowee Zowee your time and it will give you so much in return. Pavement knew what they were doing all along, even if we were reluctant to believe them at first.