The Masquerade has been a mainstay hardcore rock and punk venue in Atlanta, Georgia for the past 25 years. To celebrate this landmark anniversary, the venue is gearing up to host its very own festival called Wrecking Ball this summer on August 8th-9th. The lineup boasts over 60 bands across four outdoor stages, highlighted by Coheed and Cambria, Descendents, a reunited Thrice, and Conor Oberst’s Desaparecidos alongside Title Fight, Glassjaw, The Get Up Kids, and American Nightmare.

Also on the bill are The Appleseed Cast, Yuck, Frankie Cosmos, You Blew It!, The World Is A Beautiful Place And I Am No Longer Afraid To Die, Girlpool, Cayetana, Beach Slang, The Coathangers, Their/They’re/There, and more.

The festival will kick off with a punk rock karaoke pre-party that includes special guests Greg Hetson of Bad Religion, Eric Melvin of NOFX, Derek O’Brien of Social Distortion, and Stan Lee and Edward Tater of the Dickies providing the soundtrack.

General admission and VIP tickets go on sale April 6th through Ticketmaster and at the venue box office. Karaoke tickets can be purchased separately. 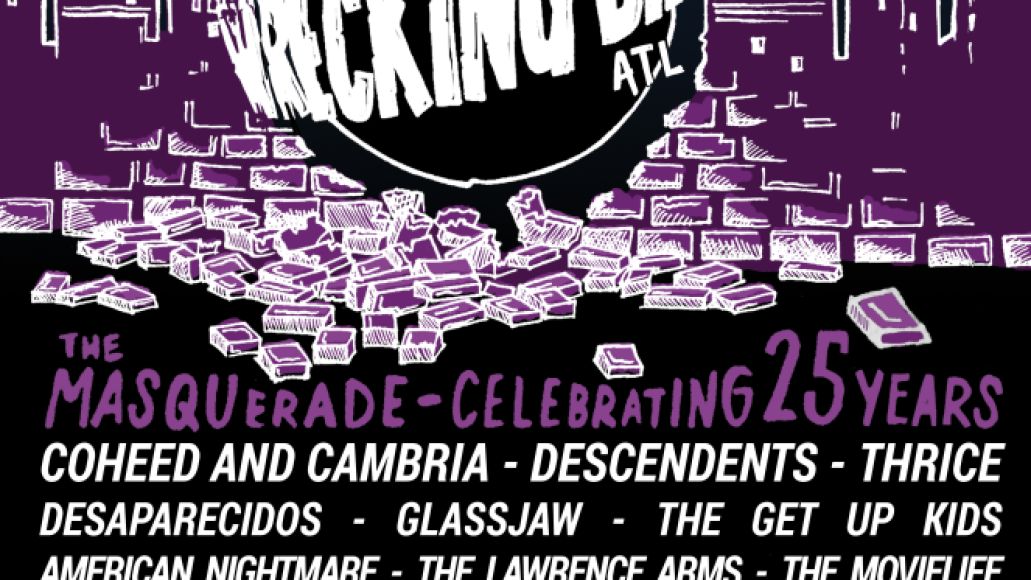