Who is Dread Pirate Roberts? The simple answer is that he is the creator and manager of Silk Road, an online marketplace whose members can buy everything from marijuana to black tar heroin anonymously and securely with the click of a mouse. But there are no simple answers when it comes to Silk Road, because this Tor hidden service, like many others, belongs to a vast and strange part of the Internet known as the Deep Web.

If you’ve never heard of the Deep Web, that’s by design. It is not discoverable by means of standard search engines, including password-protected or dynamic pages and encrypted networks. In fact, the whole point of the Deep Web is to defend against traffic monitoring, analysis, and anything that could possibly infringe on one’s right to personal freedom and privacy. (By comparison, the article you are now reading exists on the Surface Web, which means that it can be readily accessed by the general public and, yes, the United States government.)

In the age of the Patriot Act and unprecedented government surveillance, it’s easy to see what allure the Deep Web holds. Here is a place where people can communicate openly and anonymously — a place where freedom is not limited to physical space and the right to privacy trumps all else.

Let’s return to that question: Who is Dread Pirate Roberts? Federal prosecutors thought they knew back in October of 2013 when they arrested 29-year-old entrepreneur Ross Ulbricht at a public library in San Francisco. To many in the mainstream media, Ulbricht is simply a criminal responsible for hundreds if not thousands of drug-related deaths and addictions. But dig a little deeper, and a different story emerges. That’s what Alex Winter did when he decided to make Deep Web, a documentary film that follows Ulbricht’s trial and places it within a larger, far more complex political framework.

Winter is known to most as Bill S. Preston Esq., one half of the eponymous slacker duo featured in Bill & Ted’s Excellent Adventure. But he’s also a dedicated filmmaker fascinated by the cause of digital rights and internet freedom. In Deep Web, he’s made a compelling companion piece to HBO’s Citizenfour, which seeks to shed light on the motives of exiled whistleblower Edward Snowden. Winter’s own film takes up the mantle of Ross Ulbricht, revealing him to be an ideological warrior more passionate about libertarian values than reckless drug use.

Or so I thought. When I reached Winter on the phone in Los Angeles, he was quick to shoot down my suspicion that Deep Web was in some way an “activist” film along the lines of Citizenfour. “It’s not really my place,” he said when I asked if the film’s May 31 release date was a ploy to influence the reaction to Ulbricht’s sentencing on May 29 or the renewal of the Patriot Act on June 1. Our discussion touched on the challenges of making a film whose narrative isn’t fleshed out in the real world, as well as the capacity of film — a widely consumed and very public medium — to shed light on the darker corners of the internet. 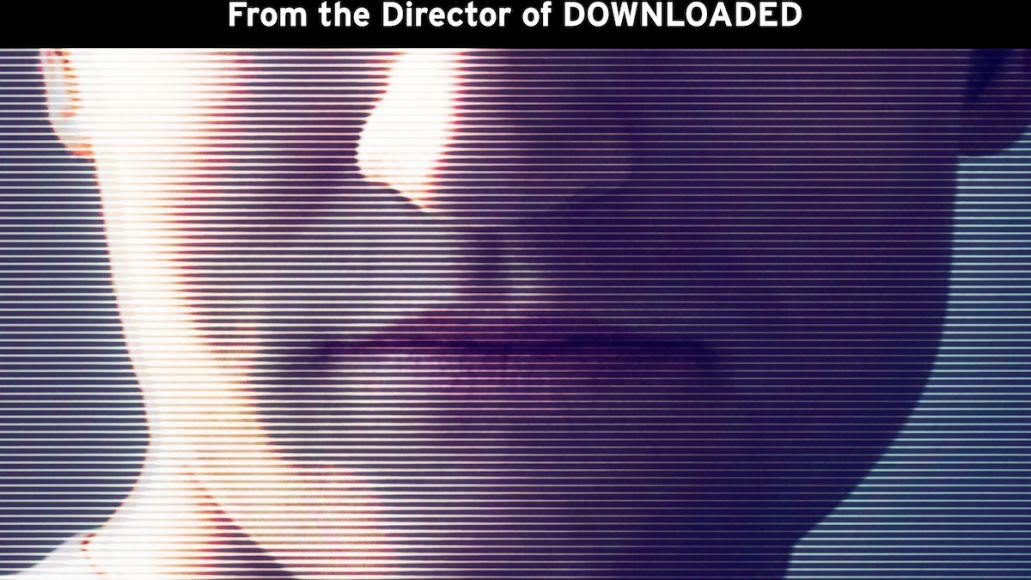 Can you think back to the first time you heard about Silk Road? Was it around the time of Ross’ arrest?

I heard about it before, and I was aware of the rise of communities on the Dark Net [Ed. Note: the “Dark Net” is a hidden section of the Deep Web inhabited by various entities who wish to communicate anonymously]. That was very interesting to me and a thing I’d been following for a very long time. And then as the Silk Road began to gain traction in the media — I would say largely in 2012 — I became aware of it. When Ross was arrested, that was when I really dug in and jumped right into the whole story. But I certainly was aware of it before.

Deep Web shows a lot of the mainstream media coverage of Ross’ arrest, and the portrait that emerges from that coverage is so one-sided. It almost feels as if, without seeing this film, it’d be hard to really know that this guy might not be a total criminal and there might be some other side to this story.

That was really important to me … My point is that it’s a lot more complicated than that, because [Ross] isn’t someone that you can blanketly accept, and he isn’t someone you can claim has done no wrong. But that doesn’t mean we shouldn’t be looking at all sides of the story. My point is that as unpalatable as this may be, and as many hard feelings as you may have toward Ross and the Silk Road in this story, it bears a wider examination than the examination we’re getting.

The timing of the film’s release seems intentional. Ross will be sentenced on May 29, and on June 1, Section 215 of the Patriot Act [Access to Records and Other Items Under the Foreign Intelligence Surveillance Act] is up for renewal. Was there a rush to get the film out before those dates?

Honestly, it wasn’t that premeditated. The only thing I knew I didn’t want to do was put it out in a way that might affect the trial. I didn’t want this movie to affect his trial.

No. Because, you know, it’s really not my place. And I feel like that would be crossing ethical boundaries, frankly. I really wanted to make a chronicle of this very intense moment in time and show you someone who’s caught up in the gears of the digital revolution and this sort of transition that we’re in and all the complexity around that. But, frankly, one of the ways I gained access was by making it very clear to his legal defense that I did not want to monkey with his case, and this was not going to be a piece of advocacy for Ross.

In terms of the timeliness of it, I did want it to come out while it was still in the press and still fresh in people’s minds, to give a sense of immediacy to the proceedings. Stories can work well both ways … In this case, because, as you say, it’s been all over the media in this very particular way, I absolutely wanted to present the counter narrative while it was still in the media. But the counter narrative isn’t counter because I’m saying, “I think Ross is innocent.” It’s counter because I’m saying, “Let’s look at this in a less black-and-white way, if possible.”

I feel like the film really does that, and that’s what’s so surprising about it. Maybe it has to do with the way the media reports the War on Drugs or the way it handles certain issues, but Ross never really got the benefit of the doubt that even a person like Edward Snowden did. So it’s easy to misinterpret Deep Web as having a certain bias, even when all it’s trying to do is tell a neglected side of the story.

That is what it’s doing. It’s just an unpalatable thing to do, I think [laughs].

I can definitely see why.

But that is really what we’re doing. If you watch the movie closely, it is absolutely giving equal measure to both sides … What we’re seeing is that it’s shocking. We’re seeing cryptoanarchists talk about how they’ve created technology to combat the drug war and why it might be better in the hands of the people than in the hands of law enforcement. These are provocative things to say. It’s not that I agree with them, but they’re a big part of why the Silk Road happened, so I think it’s important for people to have access to information that is accurate.

I was reading through the press release earlier, and I noticed there’s a long glossary of terms in there. It struck me as kind of funny, because it really speaks to one of the film’s crucial challenges: It’s hard to communicate things to people when those things require years and years of technical understanding. Do you think you’ve succeeded in making a film that’s accessible to people who have never heard of the Deep Web and these issues?

Yeah, I do … It really played to the audience [at the SXSW premiere], and they didn’t require technological know-how to understand the implications of the story. We did put a lot of effort into that. We really smash through the explanations up front, and then we get on with the human stuff. But there’s a lot in there, and there are a lot of technological components, for sure.

I think using Andy Greenberg was a really good move in that respect. I mean, he writes for WIRED, which is sort of a pop science magazine, and using him as an anchor in the film was a great way to give a human face to the issue. His presence is so crucial in terms of making sense of the story’s bigger implications.

Yeah, and that was very critical to me. I was always intending to find a credible guy who could take us through this world.

I’m curious about the cryptographers you interview toward the end of the film. Some of them were hinting at a sort of inevitability — that, no matter what legal processes they get thrown at them, the government is fighting a losing war. Do you think the Ross Ulbrichts and the Eric Snowdens of the world are winning the battle for internet freedom and shaping history in a way that governments are really powerless to stop?

I think that the thing to really understand is that — getting it out from the specific into the general a bit, so we don’t give anybody in the government a heart attack — the people at the front end of creating reform in the digital space are the people at the front end of creating encryption and anonymity tools that work. I think that they’re not only going to win, but the thing to remember is that it’s not the government versus these people. A lot of these tools are being created by people in the government, and not all of them are called whistleblowers. Sometimes whistleblowers are very much needed, but sometimes that kind of reform can happen within the government without the need for a whistleblower.

Alex Winter Explores the Darkest Corners of the Deep Web