When filmmaker Eric Schaeffer set out to find a lead actress for Boy Meets Girl, his latest romantic comedy about a young trans woman juggling love, prejudice, and big city dreams in rural Kentucky, he did something that’s still radical by Hollywood standards. In a climate where most prominent trans roles are still going to cisgender performers like Jared Leto in Dallas Buyer’s Club, Eddie Redmayne in The Danish Girl, and Elle Fanning in Three Generations, the director decided to find a trans actress for the part. And when he couldn’t find the right woman through the traditional casting process, he took the internet. That was where he discovered the video blog of Michelle Hendley, who was documenting her transition and life as a young woman in Missouri.

Hendley had little performance experience outside of her videos (“I think I played a bush in a school play,” she laughs), but Schaeffer believed in her leading lady potential and reached out to her. Both Hendley and her parents were a little confused and perhaps a little skeptical at first about this out of the blue offer. What kind of person e-mails someone out of nowhere and asks them to star in a film, after all? But after reading the script for Boy Meets Girl and talking to the writer and director about what he wanted to accomplish, she signed on. 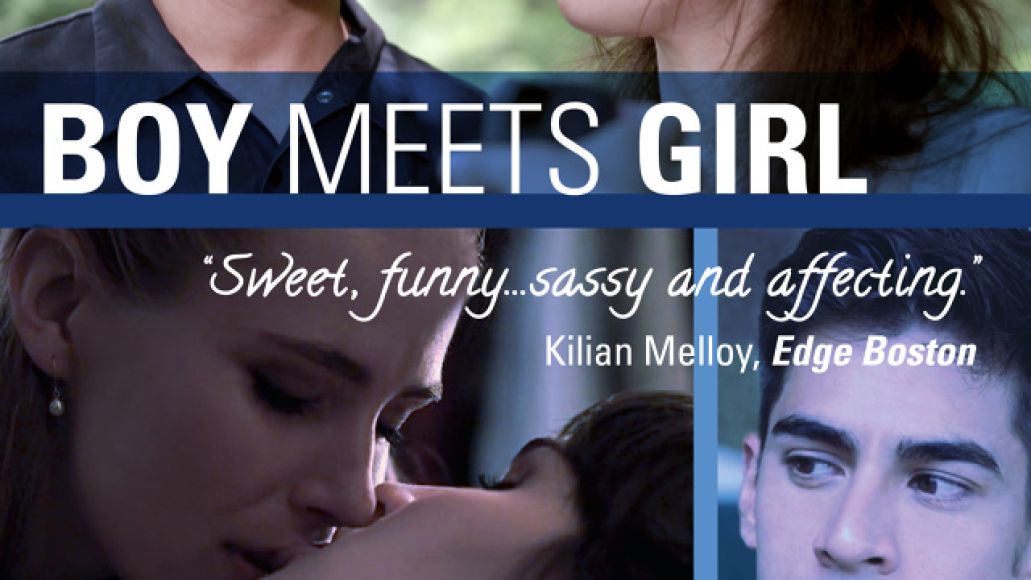 It was a gamble for both Schaeffer and Hendley, but it paid off beautifully. Hendley shines as Ricky, a woman torn between the confused affections of her childhood best friend, Robby (Michael Welch) and a naive but curious debutante with a Marine fiance overseas. Equally charming, funny, and vulnerable, the charismatic rookie easily holds her own against her more experienced co-stars. It’s hard to imagine the film without her.

Hendley’s performance and Boy Meets Girl as a whole are a testament to what can happen when films are inclusive, and when they allow people to participate in their own stories. In addition to increasing exposure and awareness, films like this, which encourage the active participation of people whose lived experiences actually relate to the story, simply make for better art.

“After we see the same sort of plots and characters over time, I think we get sort of bored,” Hendley says on the phone from her home in Missouri, where she’s currently saving up to move to New York to pursue her burgeoning acting career. “And this is a perfect time to showcase trans characters because there is such a momentum happening in the trans rights movement. I’m just happy to be a part of it. It’s really cool.”

We talked to Hendley about getting discovered, playing Ricky, and the social and artistic implications of inclusivity in film.

Before Eric Schaeffer contacted you out of the blue and asked you to star in Boy Meets Girl, had you considered acting as something that you wanted to do?

I think every little kid dreams, and I’ve always been involved in the creative arts, though never really the performing arts. It’s something I thought about. I did drag for a little bit prior to my transition and I do have a vlog on YouTube, so I’ve kind of had a performer bone in my body. But I never pursued it. 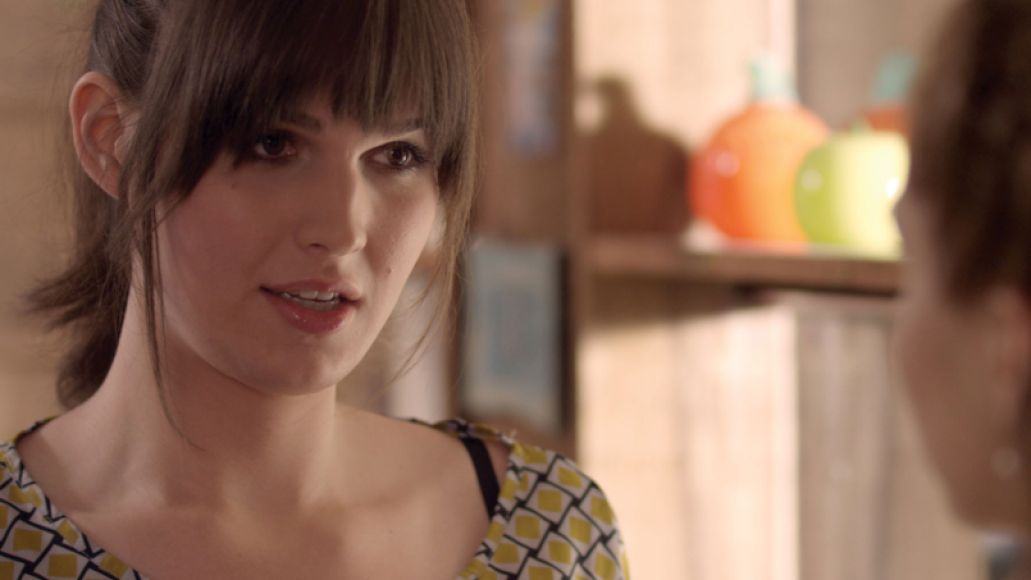 Do you think it’s something you might have considered if there had been more trans role models in the spotlight when you were growing up?

You know, I think so. There’s so many representations right now and it’s just getting better. I’m sure that, if I had been younger and had known I could not only be a girl, but I could be a girl on stage in the lead role … I couldn’t even imagine how that would have shaped my life.

From everything I’ve read about the process of making the film, it seems like Eric Schaeffer was very thoughtful as a filmmaker and an ally. What was it like working with him?

He double checked with everything that we were doing to make sure that it would resonate, really, with the trans community and that we weren’t being insensitive to any groups of people. Which can come off a little too PC, but this is what that film is all about. It’s inclusiveness. It’s accepting all ranges of gender and sexuality and he was just 100% down for all of that. It was really, really cool to work with him.

You also tackled some Southern stereotypes with this film. Was that important to you as well?

Coming from Missouri — it’s not really the south, but both sides of my family are from Kentucky and Mississippi — I think there are a lot of misconceptions, especially on the coast and up north, that all Southern people are these racist country homophobes, and it’s just not always the case. Yes, it’s a more conservative part of the country, so you’re going to find a little bit of bigotry, but that’s not to say that there aren’t still communities of people who have LBGTQ children that they fully support and who can be themselves. So I thought it was really cool that we could kind of break down that stereotype.

There’s a nude scene in the film. Did you have any reservations about it?

Of course. At first I did, but after reading the script and hearing what Eric was trying to get out of it, I was 100% on board. I think it was a very important scene, and a very cathartic scene, I will say, because I think there’s a lot of mystery associated with trans people. And I think that mystery can often lead to fear, which leads to people being judged. Why not just demystify the whole thing? Why not show people that, hey, even naked I’m just a person. There’s nothing terrifying or unknown about me, and my body is not threatening anybody or their masculinity, for that matter.

Boy Meets Girl doesn’t shy away from issues of prejudice and transphobia, but it’s essentially a very sweet romantic comedy with a happy ending.  Do you think that’s an important story to show the world right now?

Absolutely! So many trans characters that we’ve seen in film and television have had tragic stories, which is still very true to a lot of trans experiences, but have we seen the trans girl who gets the guy? That’s sweet and cute and mushy gushy? No. And so it’s important that we see that so we know it’s there and possible.

You’ve said in other interviews that, as you move forward in your acting career, you would like to play both trans roles and cisgender roles.

Yes. Or even roles that don’t specify. Just a girl. I can totally do that. I think I’m fully capable. Right now, I am mostly receiving trans roles and that is so fine, because I hope to be kind of the go-to girl for that. But I certainly don’t want to be typecast. I don’t want people to think “Well, you’re trans, you can only play a trans characters.”

Or “you can only play trans characters whose entire purpose in the plot is to be trans.”

Exactly. Correct. That’s cool right now, because we’re still kind of educating and spreading awareness. But after a while, I do get bored being like, “By the way, I’m transgender.” Like yeah, let’s move on. 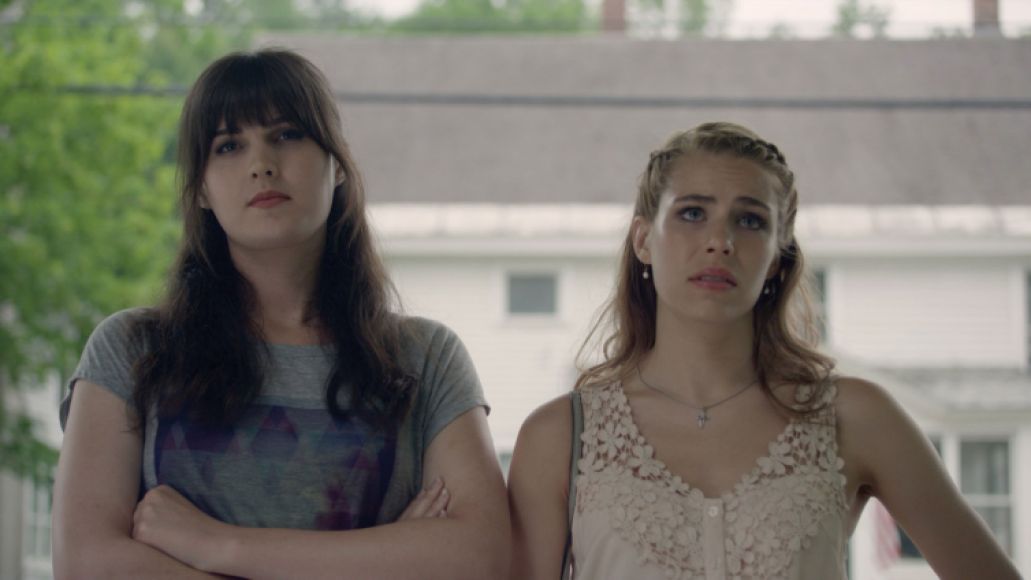 A number of producers and filmmakers have argued that they would like to cast trans people in trans roles but can’t necessarily find the talent. You’re a perfect example of what can happen when you take the time and effort to look for and take a chance on that talent, though. What do you think of that argument?

You’ve just got to do a Google search for trans people!

No. I think … right now we are seeing some agencies that are specifically looking for trans actors, and they’re certainly out there and those roles are there to snatch up and they’re available. Honestly, I don’t know the best way to find trans actors. I think a lot of trans people don’t want to be out and kind of just want to play cis roles. It’s still all so new. I think it’s going to take a while before we see a trans acting community.

As both an actress and a viewer, what kind of roles would you like to see for trans people in the future?

Oh man. I would like to see them just playing any role. Now with the gay and lesbian communities, we see those characters in shows, but their sexuality is not the central plot point anymore. They’re just the lawyer or the best friend and I’m hoping to see more of that with trans people. But it’s still so fresh for the world right now that I think it will take a minute.