After three years of closing out the summer festival season in Humboldt Park, Riot Fest Chicago will pack up and head south. The next iteration of the event is set to take place in North Lawndale’s Douglas Park, two and a half miles south of the site that, until this week, it seemed determined to call its permanent home. The relocation comes after pressure from Humboldt Park residents and the 26th Ward’s Alderman Roberto Maldonado, who were disappointed in the state of the park after the 2014 edition of the yearly punk rock festival concluded last September. The cost of repairs from last year’s fest totaled $182,000, more than three times as much as 2013’s repairs, which checked out at just $54,300. After a months-long fight to stay put, Riot Fest is now out of Humboldt Park. But what does that say about independent urban festivals and how they’re able to grow?

Riot Fest remains the largest independent music festival in Chicago. Last year, it brought about 160,000 attendees to Humboldt Park according to organizers — about three times as many people as 2014’s Pitchfork Music Festival, which drew 55,000. Sandwiched between Pitchfork and Lollapalooza in terms of scale, Riot Fest Chicago finds itself in a difficult position. It does not have access to the same kind of money as the now Live Nation-affiliated Lollapalooza, which trashed downtown Chicago’s Grant Park to the tune of $266,000 last year. But it also has tremendous draw, with headliners like the Cure bringing music fans out in the tens of thousands. 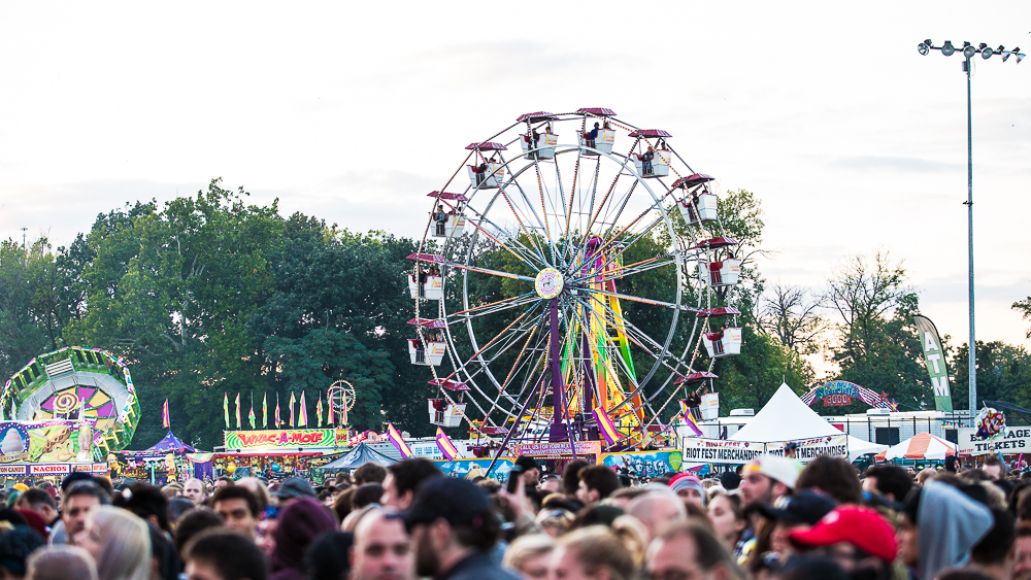 Last September, Riot Fest transformed Humboldt’s green space from public park into private concert venue during its third residency in the west side neighborhood. Instead of occupying the southern half of Humboldt Park, as it had done in years 2012 and 2013, 2014’s Riot Fest placed stages and attractions throughout the entire park. It rained, as Chicago tends to do in September, and the park turned into a mud bath as festivalgoers circumnavigated the closed-off lagoon area to travel between stages. The 10th annual Riot Fest was bigger, but unwieldy.

Douglas Park boasts nearly the same amount of space as Riot Fest’s former home: 218 acres to Humboldt Park’s 219 acres. It’s just south of Roosevelt Road and just west of Western Avenue. According to data from Trulia.com, it’s also situated in a much less trendy environment. Humboldt Park was ranked 10th “hottest” neighborhood in the United States by Redfin in early 2014, and data from Trulia’s map of property values show that median rental and listing prices in North Lawndale are noticably lower near Douglas Park than they are in the gentrifying Humboldt Park neighborhood. You can still rent a bedroom in North Lawndale for about $300, while the Wicker Park-adjacent Humboldt Park could easily cost you twice as much. 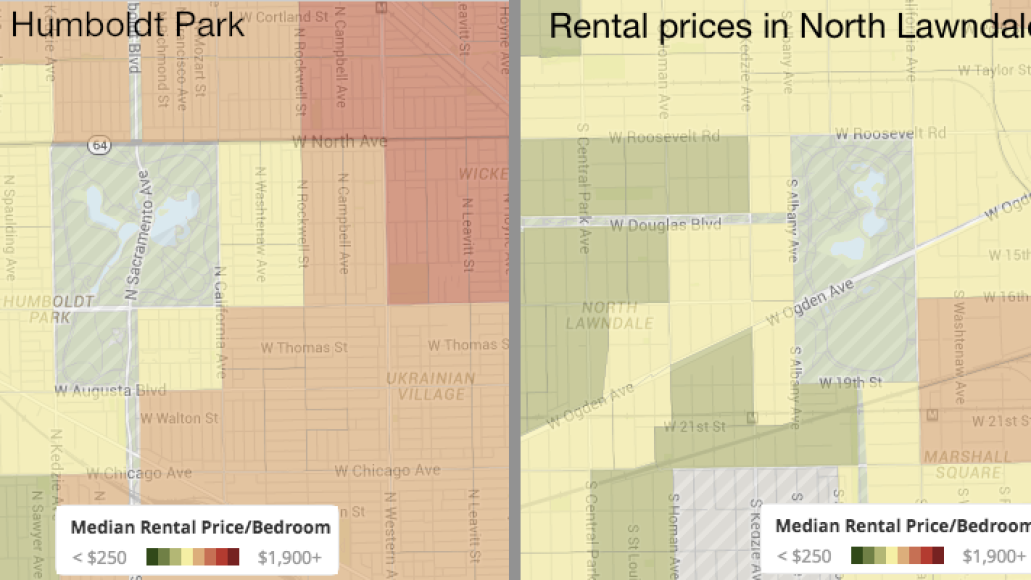 Less money in the neighborhoods surrounding Douglas Park could mean less pushback from residents; it also gives Riot Fest room to claim that the fest is economically stimulating local businesses that otherwise might not see much traffic from out of towners, as founder Mike Petryshyn has repeatedly claimed with Humboldt Park. Whether Riot Fest is a boon or a scourge on its surroundings still remains to be seen; for what it’s worth, the most vocal participants in the online debate surrounding Riot Fest’s 2015 location were rooting for the festival to stay in Humboldt Park. But not every resident of a gentrifying neighborhood necessarily has the means to argue with strangers on the Internet about whether the local punk fest stays or goes.

So how can Riot Fest continue to expand sustainably? WBEZ’s music columnist Jim DeRogatis proposed this week that more festivals invest in permanent infrastructure rather than occupy public space for a week and leave it decimated. But that kind of occupation might be even more damaging to an urban neighborhood than the festival cycle as it now stands. Rather than take up temporary residence in a public park, Riot Fest would have to build the equivalent of a sports arena for its events. Not only would the construction of a permanent, private venue limit the growth of the festival, it would also absorb space in an environment where space is at a premium. Chicago is spacious compared to densely packed cities like New York, but it’s not infinite. A punk rock equivalent to Wrigley Field could turn wherever Riot Fest sets up camp into the not-so-punk-rock equivalent of Wrigleyville, at least as far as housing prices go. 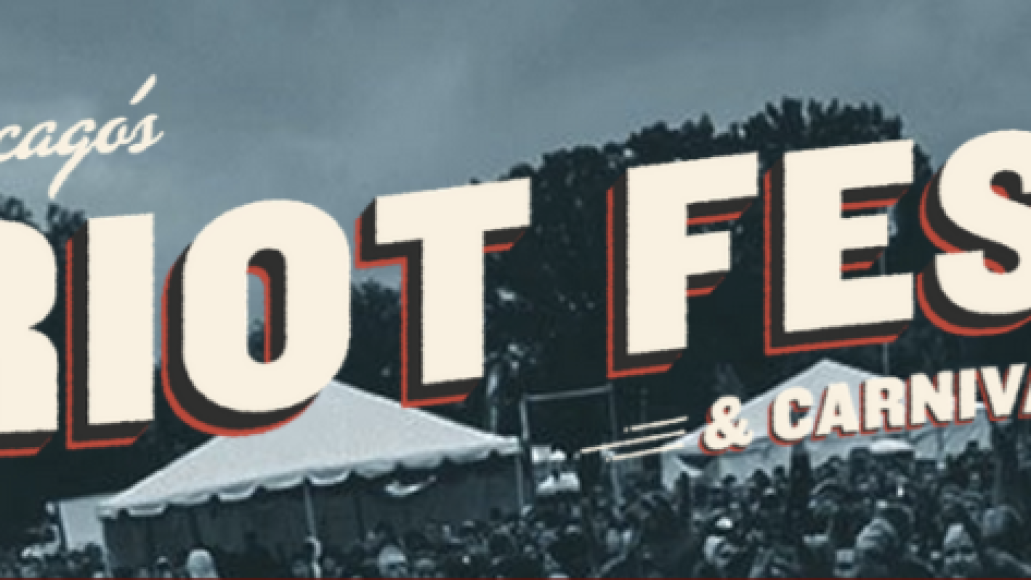 Like any growing local institution, Riot Fest has a responsibility to the city that’s been its incubator. Tripling its footprint in a single year doesn’t sound like the mark of a sustainable event, but forcing the festival out of Humboldt Park limits organizers’ opportunity to learn from their mistakes. By putting down roots in Humboldt Park, Riot Fest got caught in gentrification’s westward ooze. Hopefully the economic stimulus the festival is said to bring to North Lawndale doesn’t land it — and its neighbors — in the same bind.