Last night’s show at Terminal 5 showcased hard rock’s past and future. Unlocking the Truth — the viral, eighth grade metal sensation that signed a record contract with Sony worth up to $1.7 million — opened for legendary guitarist Slash.

The three youngsters (Brooklyn natives, no less) performed a solid, six-song set highlighted by the track “Monster”. On that song, lead singer Malcolm Brickhouse showed off his guitar chops, moving to the center of the stage and propping his leg up on a mini riser before unleashing a speedy guitar solo. Having honed their live act while busking in Times Square, it’s easy to see where the band get their chemistry and fluid movements onstage. While the crowd seemed more quietly curious than overtly rowdy during the performance, Unlocking the Truth got a warm round of applause as they exited the stage. 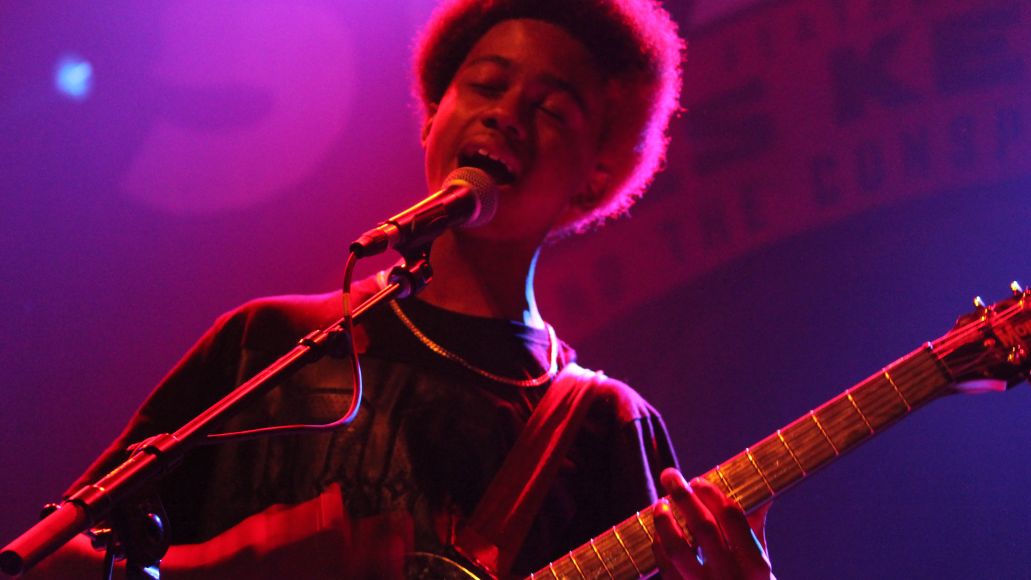 Soon after, Slash Featuring Myles Kennedy and the Conspirators (SMKC) emerged, with the titular guitarist clad in his signature top hat, sunglasses, leather pants, and sneakers. The band gave the eager crowd a taste of Guns N’ Roses from the get-go, kicking off with “Nightrain” in the number two spot after “You’re a Lie”. Onstage, SMKC played a dynamic set, with lead singer Myles Kennedy as the emphatic orchestrator, urging the crowd to clap while bounding across the stage. And Slash made for the consummate performer, effortlessly weaving among his bandmates while showing off his guitar skills.

For the back-to-back sequence of “Dr. Alibi” and “Welcome to the Jungle”, bassist Todd Kerns took over lead vocals from Kennedy, and contended with the tough task of emulating Lemmy Kilmister on the former and Axl Rose on the latter. Neither Kennedy nor Kerns really do the vocal covers total justice, but that’s okay, because this is ultimately the Slash show. Simply opening with some of the most recognizable riffs in rock — like “Welcome to the Jungle” or “Sweet Child O’ Mine” — was enough to send the crowd into a frenzy. The most visceral response from the fans came during the Guns N’ Roses songs, and “Rocket Queen” provided the most jaw-dropping moment of the show. Mid-song, Slash delivered a guitar solo that ran for about 15 minutes. Beads of sweat glistened on his muscular shoulders as he frantically moved across the frets, displaying his immense speed and technical skill. 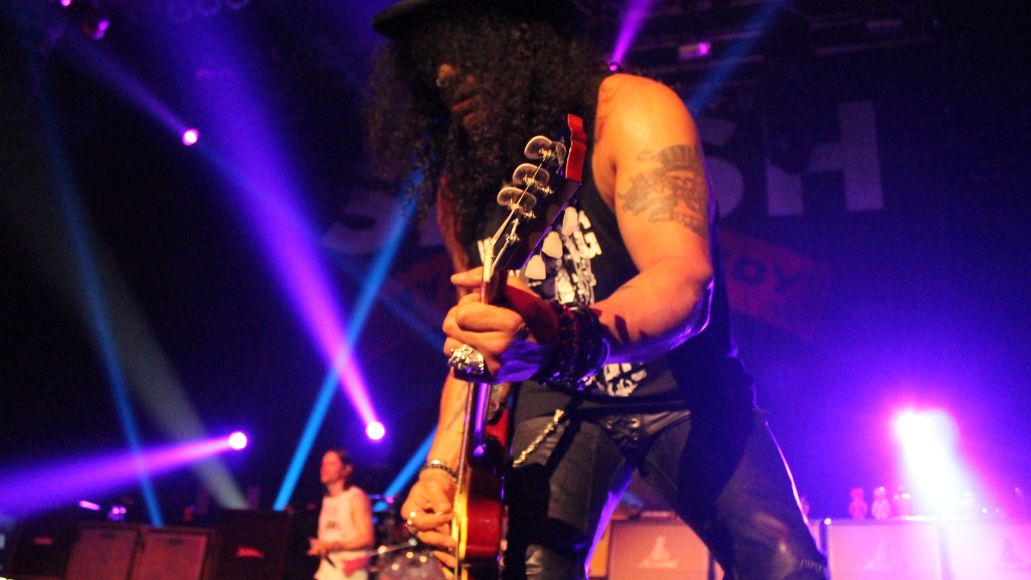 One surprise in the encore came when Slash brought Kimberly Nichole — a recent contestant from The Voice — to sing lead vocals on Jimi Hendrix’s “Hey Joe”. (Slash previously paid tribute to the late guitarist with the same song during Hendrix’s induction into the UK Music Hall of Fame.) Nichole’s soulful croon brought a marked change of pace to the earlier vocals. The band closed their encore with “Paradise City” as the fans clapped and cheered in rhythm with the big drum hits at the beginning of the track. As the song raced to its conclusion, a large mosh pit opened up as red and white confetti rained down on the crowd — a loud, raw moment of pure rock ‘n’ roll excess. 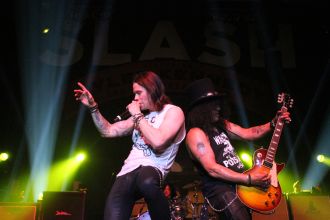 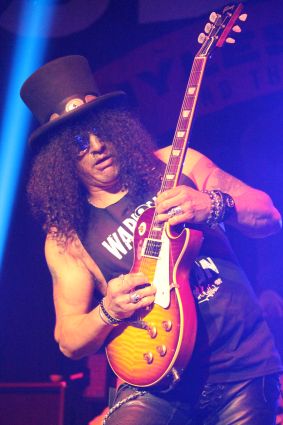