Tennis makes everything look easy. Their dozy, beachy tunes have the capacity to melt stress. Despite the laid-back nature of their music, the husband-wife duo and their three supporting band members gave an energetic show at Music Hall of Williamsburg on Wednesday. Alaina Moore played her wispy vocals off Patrick Riley’s vigorous guitar, and he fixed his close attention on her in what could be interpreted as a protective way. Their natural chemistry made it seem like making music is an easy extension of their relationship.

They are even easy on the eyes. An indie pop dream duo. With her curly, platinum bob; his long, blond locks; and their matching, faded, mom-and-dad jeans, they look like they walked out of an early ’90s movie set and onto Bedford Avenue. My first thought was that she looked like Baby from Dirty Dancing and he, Garth from Wayne’s World. More than 20 years later, the recollection of these characters is nostalgic for the crowd members, whom I guess to be around 30 years old, on average. The couple was attractive, but not inaccessible. It was comforting. 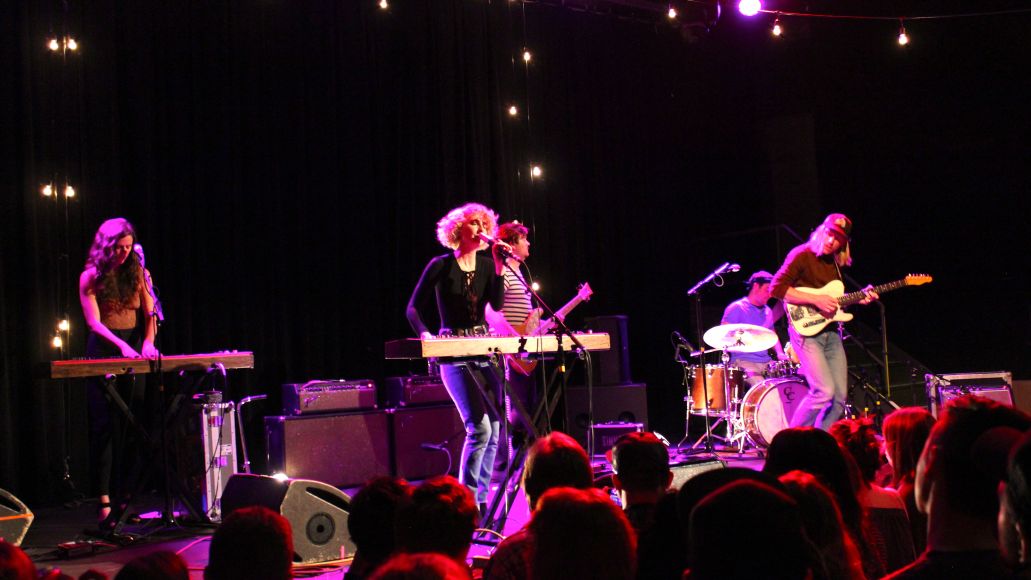 “We never play this song live … this is just a little treat,” Moore says of the third song in their tight, 14-song set, and Patrick nods at her. The full house cheers, and they play a stripped-down version of “Dimming Light” off their 2013 Small Sound EP. Her tiny frame matches her delicate voice. He, more solid, but still lightweight, bends his knees to the groove and looks back and forth from the drummer to his wife. She asks, “Is it even enough to know what you’re lookin’ for?/ Is it ever enough to have what you’re waitin’ for?”

The lyrics of their songs often transform through repetition. In “My Better Self”, played as one of two encore songs, Moore states that, “My better self still knows/ That meaning comes and goes,” but then she follows up and asks, “What is made?/ I do not know/ Meaning comes and then it goes.” While pondering how to make meaning, Moore seems to say, it’s still ok to enjoy yourself, and the music supports that notion. Finding the answers to existential questions may not ultimately give you what you want, so don’t squander the beauty of the moment. It’s better to have the present wash over you than to allow anxieties about the future to engulf you. Understanding this balance may mark the transition from your 20s to your 30s, which may be why they resonate so strongly with their fans. 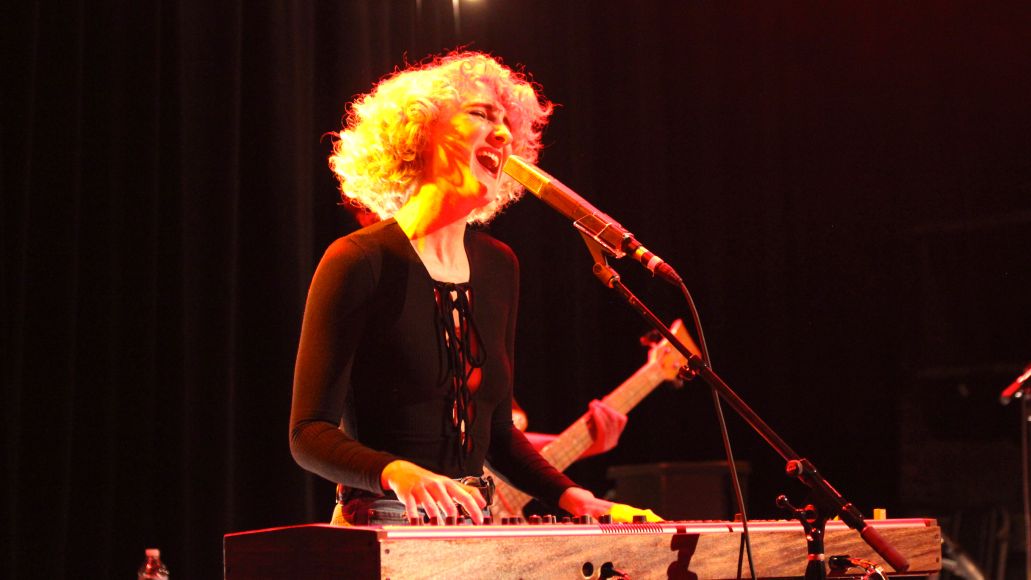 The show’s high point was towards the end when they played “Origins”, from 2012’s Young and Old. The song starts quietly, yet upbeat, keyboards peppered by Riley’s irrepressible, thick chords. By the end, Riley is jamming out, Moore is wailing her “Oh ohs,” and everyone is having tons of fun. Moore mentions that it’s their 27th show in New York, and you can tell they’re relaxed enough to let go.

They only included two songs from the concept album that launched them, 2011’s Cape Dory – and “Marathon” was a perfect reminder of their beginnings as a young couple who lived on a sailboat. “Marathon” hints at what was to come on their most recent album, Ritual in Repeat, which shows a more self-aware Tennis, a band that carefully toes the line between retro yacht rock and modern surf rock. 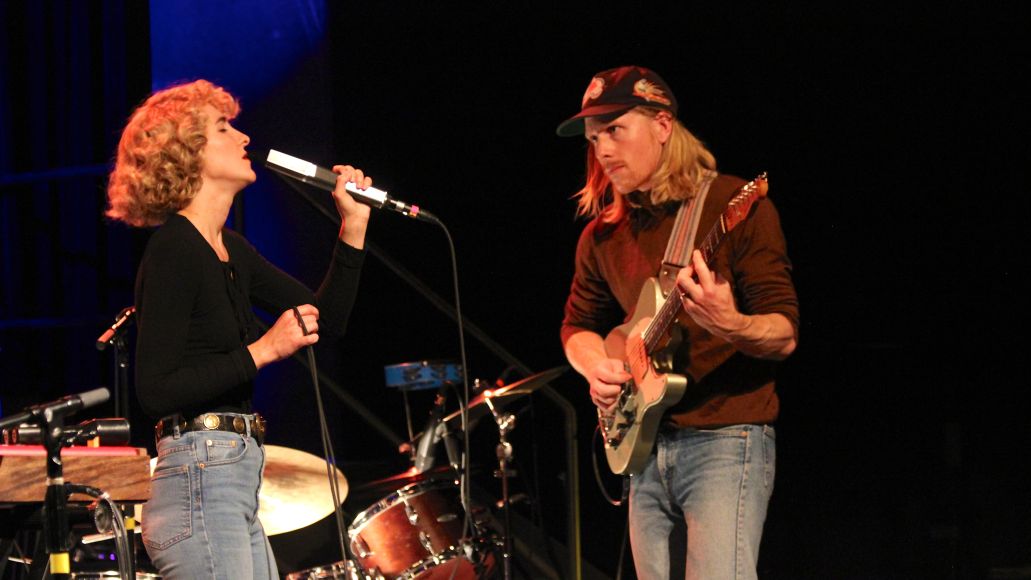 Midway through the show, Moore tells the crowd that she wants to name the band’s fans, à la Beliebers. She suggests “Peasants” and “Sluts,” before someone in the crowd shouts out “Balls!” Deciding that perhaps that’s not very mature, she asks that people email their name proposals to tennisband69@gmail.com.

And while the overall tone of the show was light and easy, the final encore closed on a more intimate note. “Bad Girls” is the most personal song Moore’s ever written. While making eye contact with Riley the whole time, she sings of a soul divided, a bad girl with a tender heart. It’s clear when she sings, “You know I love a good ceremony, yeah/ That’s why I chose matrimony,” that she’s seeking out a more elusive spiritual truth than love. But as all their songs do, her yearning ends shortly, and there’s a warm embrace and a cool spring breeze awaiting.