It was raining last night in Chicago when Waxahatchee (aka Katie Crutchfield) played a sold out show at Beat Kitchen with Girlpool. I remember listening to the headliner’s Cerulean Salt in 2013 on loop, thinking about how it reminded me of the rain in Miami: slightly romantic, all encompassing, yet somehow personal; a little sticky, but cleansing. Two years later, Waxahatchee’s latest effort, Ivy Tripp, has found its way to the stage, and though it makes leaps from the project’s previous releases, that feeling still rings true. We didn’t hear the rain over the music, but I couldn’t stop thinking about the fact that it was there, almost mimicking Crutchfield’s voice as she sang to crowd.

LA’s Girlpool started off the show, and it’d be a crime not to mention them. A band full of youthful passion and quiet frustration, they were more than just a solid opening act — they played a truly notable set. It was personal enough to feel like watching your friends play a basement show, only those friends are called Cleo and Harmony and they’re really fucking talented. With just a bass, a guitar, and the strength of their voices, Girlpool was stripped dry and yet full of things to say.

The crowd gave them the praise they deserved, and I think it’s safe to say they made some long lasting fans. They had a real identity to them, unflinching and resilient. It was a bridging trait that set the tone for the similarly individual Waxahatchee. 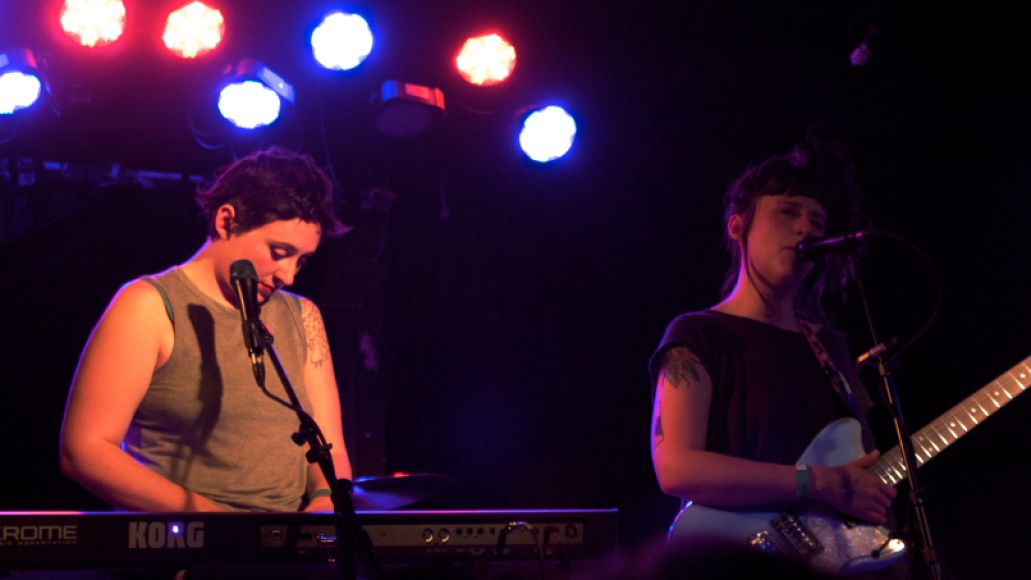 With a backing band of four, including her twin sister Alison (of Swearin’ and the sisters’ former band P.S Eliot), Crutchfield’s vision was able to take on a new volume and fuller sound. Ivy Tripp lends itself to this kind of set up, though those tracks weren’t the only ones to benefit from it. As a full band, Waxahatchee transferred the punch of their latest effort directly into Cerulean Salt songs like “Lips and Limbs”, “Coast to Coast” and “Misery Over Dispute”. But even with their new arrangements, the songs hardly lost any of their intimacy.

You can’t forget where Waxahatchee started off, and it’s evident that Crutchfield isn’t letting go of her roots any time soon. Her first release under this moniker, American Weekend, saw her in her bedroom with a guitar, some words to sing, and an eight-track. Though the music has progressed in beautiful ways since that devastatingly fragile and personal first release, it will always remain grounded in vulnerability. It’s what keeps us coming back for more, no matter how many layers she adds. It will always come back down to the words that she sings, sometimes harsh and heartbreaking, sometimes full of life, always poetically pure.

We got to see that nakedness in standout tracks like “<”, fan favorites “Brother Bryan” and “Peace and Quiet”, as well as “Bathtub”, which she played solo as an encore. The particular way that she can sing a line like “And I tell you not to love me / But I still kiss you when I want to” pulls an audience in. It was so simple, the way she could tug at your emotions with a single lyric sung the right way. It’s not like she was begging for our tears; in fact, she often performed as if we weren’t even there. It was all too personal. 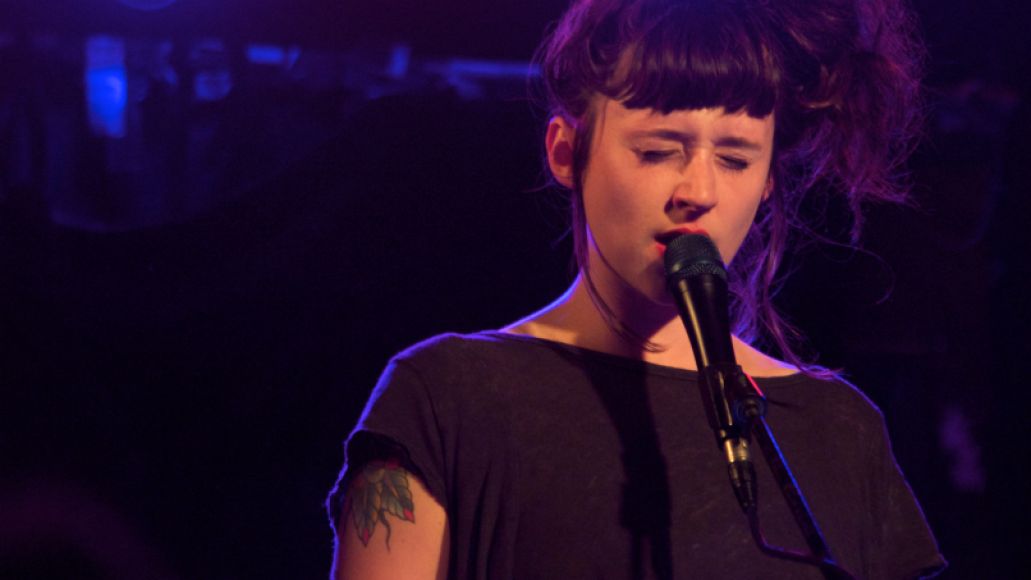 Besides the courteous “thank you”s sprinkled throughout the set, Crutchfield appeared not as an indie rock star, but a real person singing her lifetime out of her. It wasn’t for us, and it never was. Waxahatchee is Crutchfield’s stories compiled carefully, a sketch of who she was, who she is, and who she’ll become. We just happened to be lucky enough to experience a piece of it.

Throughout the night, a pipe near the front of the stage steadily leaked drops of water down from the roof. Sometimes the way it fell would frame Crutchfield’s face, eyes shut, singing, “I don’t care if I’m too young to be unhappy.” I couldn’t help but think that if the roof were swept away and the rain started falling onto us, I wouldn’t mind, as long as they kept on playing. 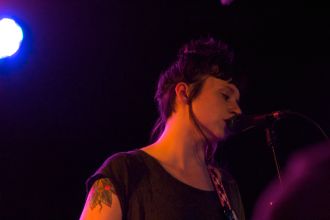 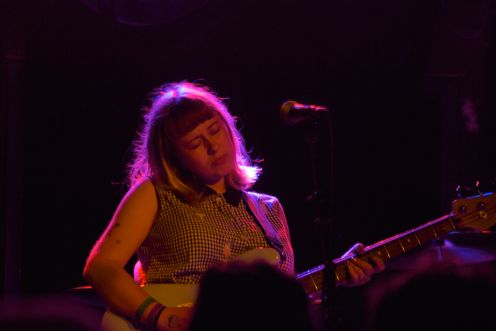