Two years ago, event promoter Tim Sweetwood turned heads nationwide when he opened the gates to Shaky Knees Festival in Atlanta’s cozy Historic Fourth Ward Park. The two-day lineup topped by The Lumineers, Band of Horses, and Drive-By Truckers attracted both locals and out-of-towners and proved successful enough for a return. “I wasn’t trying to be Bonnaroo or Coachella,” Sweetwood explained to Ryan Bray back in February. “It wasn’t like we were reaching for the sky. I just wanted to show people what I could do as far as my vision.”

The following year, the festival expanded to three days, nabbed heavy hitters like Alabama Shakes, The National, Modest Mouse, and a reunited The Replacements, and shifted the action over to Atlantic Station. Weather issues aside, the sprawling concrete parking lot accommodated the expansive crowds with ease. But you can’t host a music festival at an outdoor mall and expect to have any charm or character. When Paul Westerberg’s singing “Left of the Dial” and an Old Navy sign is looming beside the stage, it’s a little hard to lose yourself. 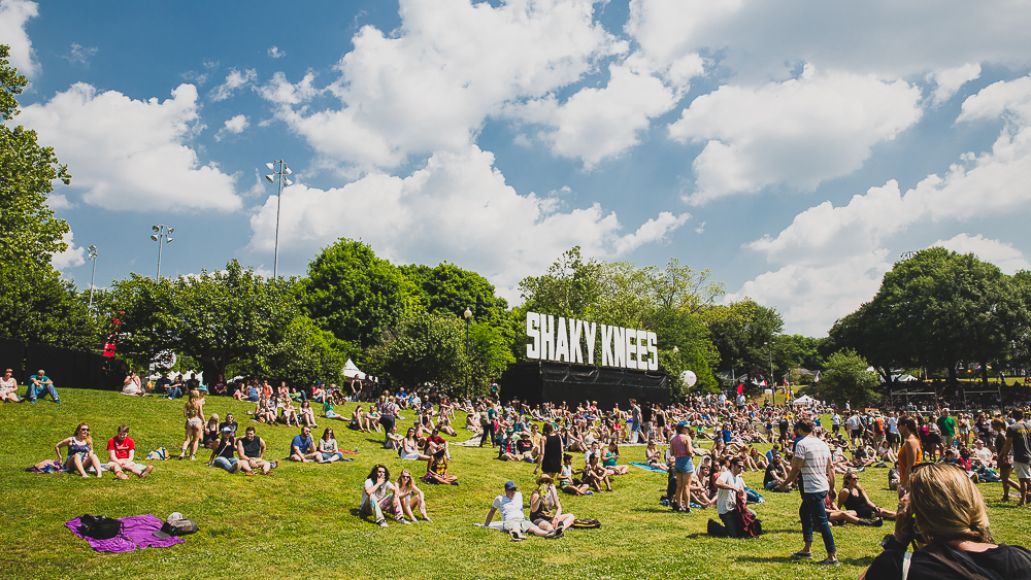 Yet, Sweetwood’s a smart guy, and he reckoned with these issues. “You don’t want to do the same festival every year,” he continued. “You want to grow aesthetically, and you have to make sure your booking is on point so fans are just as excited as they were the year before.” And so, the young man’s quest to bring a proper music festival to the Southern metropolis has arrived at its most exciting (and pivotal) chapter yet: it’s finally found a home. Who knew it was just a shade away from downtown at a chunk of grass called Central Park.

Prior to Mother’s Day weekend — a trait that Sweetwood digs (“Everyone has a mom, so bring her to the festival”) — there was concern that the festivities would overwhelm the area and the smallish, family-friendly park. That might have been the case if the festival didn’t also take advantage of the adjoining Renaissance Park and the nearby parking lot for the Atlanta Civic Center. Unlike last year’s sprawl, this lot is framed by grassy hills and enough foliage to shadow as an expansion to the corresponding parks. Needless to say, there was a lack of suburbanites walking by with groceries. 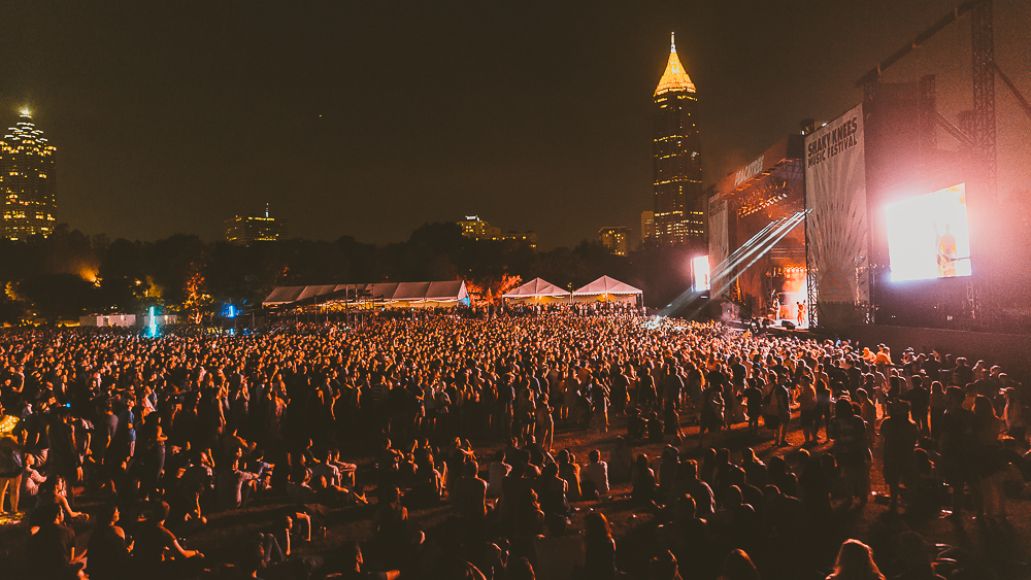 The setup was very similar to how Lollapalooza takes over Chicago’s Grant Park. It was all in sections and fragments that were tied together by a united street (in this case, Pine). This added a much longer walk between the stages than years prior, but it was efficient enough and also suggested that Shaky Knees may be larger than Sweetwood ever intended. Like any of the Big Four fests, he’s created a city within a city, and there’s reason to believe that his vision has outgrown itself and is on its way to becoming not only a music festival but a destination music festival. 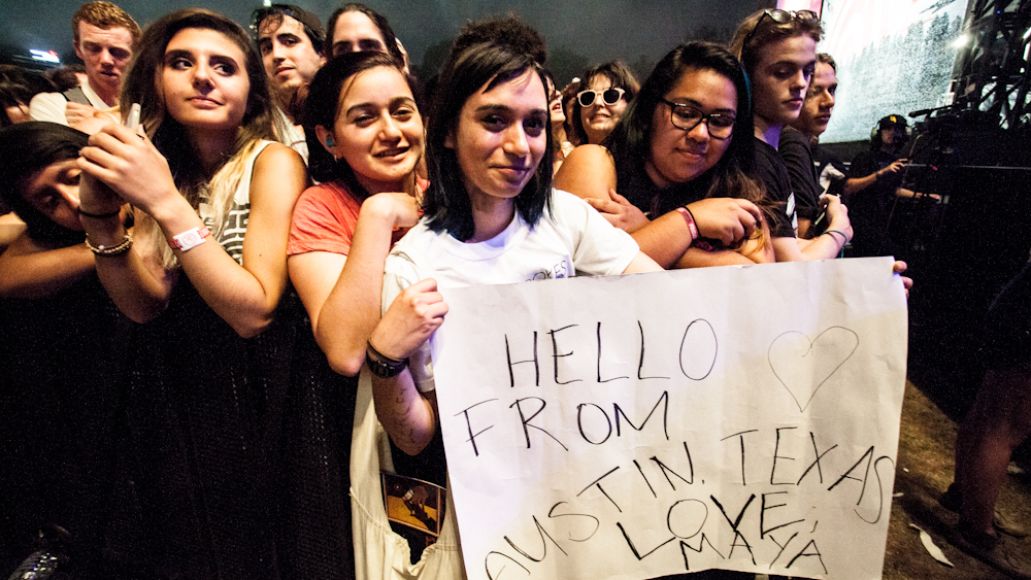 “It’s a business, don’t get me wrong,” he added. “The business needs to be profitable, but when your business gets too big, sometimes it’s harder to service the ticket buyer in a way that’s really satisfying. I think if we keep things running at a medium level, we can give our fans what they’re looking for.”

Based on the crowds, which were never too compact (although The Strokes came close), it would appear that Shaky Knees might simply be walking with shoes one size too big. If that’s sustainable, excellent. Save for the notoriously long lines at the dozen local food trucks — pretty much the only outlet for food, which is definitely a good thing — there really weren’t any hiccups in Sweetwood’s current design. The monitors at the main stage were state-of-the-art, the Buford Tent was a godsend, and the various ice pops were tasty blessings. 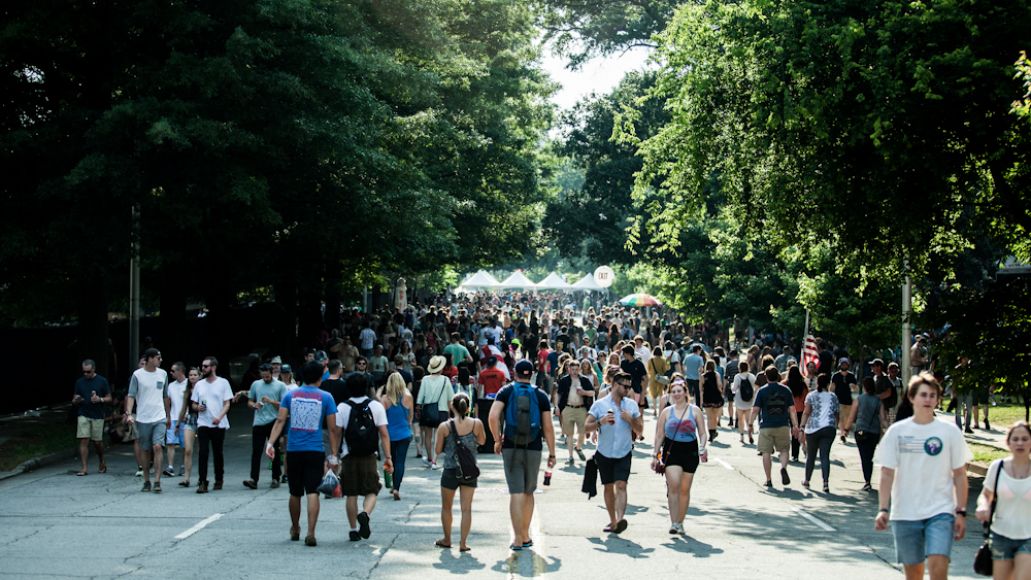 Whether or not Sweetwood wants the growth is up for him to decide, but if he’s game, he’s certainly not alone. There were good vibes all weekend, supported and kept alive by a sea of people hungry for an honest music festival. If he’s smart, he’ll keep feeding ’em. And well.

So, what about the music? Click ahead to see the worst and the best of the fest. Just know that “worst” is simply a designation of the feature and not exactly the quality of the actual set. To quote Professor Henry Newman, there were some that were simply … “less than.”